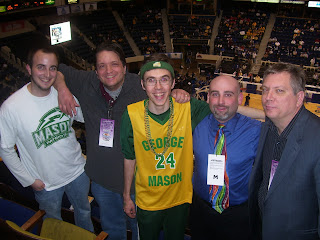 It’s been a bad week for sports mythology.

On Monday, Lance Armstrong sat down with Oprah Winfrey in Texas on Monday and told her, in a very careful way intended to keep him out of prison while positioning himself for a second act that nobody wants to see, that he was all sorts of doped up during his seven Tour de France wins.

On Wednesday, Deadspin reported that the Hollywood-ready back story of star Notre Dame linebacker Manti Te’o—the Heisman Trophy runner-up and likely first-round pick in the upcoming NFL Draft who captivated America last fall by playing through the death of his cancer-stricken girlfriend—was false and that his dead girlfriend was an elaborate ruse that he may or may not have been complicit in creating.

As big as those two stories are, they were really just the opening acts, the appetizers, the third cliché I can’t really think of right now to today’s stunning news: The Flying Dutchmen are heading to George Mason this afternoon and I can’t muster up a single ounce of hate for the Patriots.

This, quite honestly and quite humbly, is the biggest shock in the sports world—this week or any other week. I mean, even the most naïve and hopeful of fans was skeptical that a clean Armstrong, an absurdly competitive person with a jerk streak a mile long, was beating a bunch of cheaters—seven straight times—in the dirtiest athletic event in the world.

And as bizarre as Te’o’s story is, it’s really just the modern equivalent of returning to school in September with tall tales of hooking up with the hot girl from Niagara Falls that you met at summer camp. No dude I swear we did it and she’s smoking hot and she’ll be here during winter break.

But me not lathering myself into a blind rage in the hours leading up to a likely loss against the Patriots? Incomprehensible. I mean, that’s all I do here. In 2009, I revisited all the reasons I hate George Mason. In 2010, a George Mason grad ACTUALLY TRIED TO KILL ME, which didn’t make me nearly as mad as Jim Larranaga running up the score at Hofstra a few weeks later, after which I traded profanity-filled invective with Mason fans on Twitter, Facebook, MySpace, Friendster and AOL chatrooms, as well as with written correspondence that travels along the Pony Express. And last year, I extended a faux olive branch to Mason Nation and used my bully pulpit to make fun of their general ineptitude.

Again, speaking as the honest and humble person that I am, my transformation from psycho to pedestrian would get me a sit-down with Oprah, or at least her lame, coattail-riding best friend Gayle King, if only either one of them knew about my incredible story.

I would like to credit my foray into fatherhood as the calming, maturing influence in my life that I was missing the previous 38 years. Alas, I still laugh at fart jokes and Ace Ventura: Pet Detective, so that’s not it.

And so, as usual, everything is Larranaga’s fault. His departure for the University of Miami after the 2010-11 season was the equivalent of an evil dictator being disposed of or an archaic form of government being overthrown. Did anyone really dislike Russia, or worry about history class being interrupted by a Russian invasion, once Ronald Reagan stormed into the ol’ USSR and kicked Communism’s ass?

Sure, some of his believers were still there last year, and still eminently dislikable. But now Andre Cornelius is celebrating 4:20 on someone else’s credit card somewhere else, and Ryan Pearson is in some foreign country, swiping 400-thread count pillows and jacking 3s up 15 points in the final seconds of meaningless games while disappearing in the big ones.

And Mike Morrison is—well, I don’t know what he’s doing, but he stopped annoying me during the CAA semifinals last year, when Pearson was nowhere to be found while Morrison fueled Mason’s nearly miraculous comeback from a 32-4 deficit against VCU. It was one of the great unquantifiable, yet eminently visible, examples of leadership I’ve ever seen.

Mason still has Larranaga-era recruits, but the only thing I hate about Sherrod Wright is his ability to hit clutch shots. And from everything I’ve heard about Paul Hewitt, he is as gentlemanly as Larranaga was deplorable.

Then there’s the George Mason fans, all those jerks who have somehow become, dare I say it, Twitter frenemies with an emphasis on the “fr.” We all like baseball and fantasy sports and pop culture and talking politics and talking journalism and the world of new media and making extremely inside #CAAHoops jokes that show off our collective nerd-dom. A few of them are Dads, as well, and we bounce tales of parenthood off one another.

Most importantly and impressively, most of those jerks were much better to me than I deserved when Hofstra’s foolish foursome were arrested Nov. 29 for crimes that made any sort of credit card scandals or pillow thievery look like the work of the junior varsity. Well, everyone except @Mason_Fanatic and @Ryan_Sonner. They were as mean to me as I would have been to them, which only made me respect (and hate) them even more.

There has been the usual banter and trash talk heading into today’s first Hofstra-GMU tilt of the season, but none of it has riled me into a rage-filled fury. I feel empty, and wish things could be like they used to be. But those days are gone, and there’s nobody left to remind me when Mason was a bunch of Cobra Kai-esque jerks, nobody left to remind me when Hofstra got screwed by Mason. If only there was someone like that to… 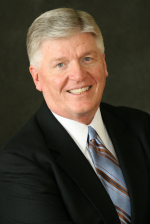 Email Jerry at defiantlydutch@yahoo.com or follow Defiantly Dutch at http://twitter.com/defiantlydutch.
Posted by Jerry Beach at 5:28 PM