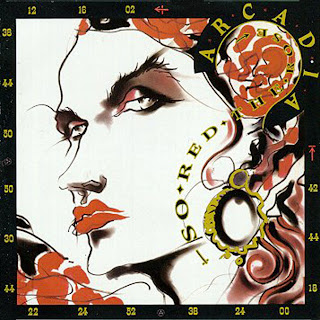 Why couldn't we schedule Simon LeBon, Nick Rhodes and Roger Taylor this season?

In keeping with the time-honored American tradition of getting my news from late-night talk show hosts, I learned Tuesday night, via Conan O’Brien, that a person’s average attention span has dwindled to two seconds. Which, in turn, made me wonder if the people who figured that out have been watching me for the last 39 years in general and watching me at Hofstra basketball games for the last 19 years in particular.

If you haven’t noticed, I have an attention span so short, it makes a gnat look focused. (Does anyone actually know if gnats have short attention spans? Or do we just assume their attention spans are as long as their wingspans? This may be unfair to gnats. Can we get someone on this? Wait, where was I? See what I mean?)

Anyway, my usually short attention span is even shorter when it comes to Hofstra hoops. Don’t get me wrong: I have no trouble focusing on the season and remembering and/or observing arcane stuff that nobody in his or her right mind would ever remember and/or observe.

For instance, with William & Mary stuck in single digits beyond the midway mark of the first half of the Dutchmen’s 70-59 win last Saturday, I became vaguely certain William & Mary had produced the lowest first-half output against the Dutchmen in recent memory back in January 2009. A quick search of the 2008-09 season recaps at GoHofstra.com revealed the halftime score for the Jan. 21, 2009 game (17-15 William & Mary) and an even quicker search of my hard drive for “17-15” revealed that my hunch was, in fact, correct.

Where was I? How have I spent almost 300 words without getting to the point?

The point is that while my long-term focus is always pretty sharp, my short-term outlook can change, well, every two seconds or so. Seriously. I can go from “Oh God we’re totally doomed” to “WHOOHOO! NCAA TOURNAMENT HERE WE COME!”—or vice versa—in the amount of time it takes for the Dutchmen to win or lose the opening tip.

And so it is that I come to you today offering a slightly more optimistic tone than I was 12 days ago, when I said the new start to the CAA season was just another landmine on the long, slow road to nowhere. But hey, two wins in four games can do wonders for a guy’s frame of mind.

So, too, can a CAA that is probably as bad as it’s ever been. Every year we talk in the first week or two of January about how wild and unpredictable and parity-ridden the CAA will be this year and how anyone can win it. And every year, by the first weekend of March, we are figuring out that the top seven teams beat the bottom five teams 57 out of a possible 60 times (actually happened last year).

Every year, there is always clear separation between the haves and have-nots. The CAA regular season champion has won at least 14 games every year since the league first expanded in 2001-02. There are always a handful of really good teams and really good programs setting the pace, along with superstar players who can carry their teams farther than their talent would otherwise suggest.

But of the 28 byes that have been earned in the CAA since the league expanded again in 2005-06, exactly half were claimed by programs that are either ineligible for the tournament (Old Dominion seven byes, UNC Wilmington two byes) or no longer in the league (VCU five byes). And Old Dominion is stunningly bad this year, while UNC Wilmington continues to try and scramble out of the quicksand it has been mired in since Brad Brownell was run off.

The next two schools with the most byes since 2005-06—George Mason with six and Hofstra with three—are each in the midst of some kind of rebuilding after enduring a coaching change (or two) within the last three seasons.

There are no Jenkins- or Maynor-type superstars in the league this year. The likely CAA MVP is Towson’s Jerrelle Benimon, who plays for yet another team that is ineligible for the tourney.

The closest thing the CAA has to a have at the moment is Northeastern, which edged Hofstra 65-60 in the first 2013 installment of the Barone Bowl on Wednesday night. The Huskies are 5-0 and the lone unbeaten team in CAA play, and with three road wins—at Drexel, at George Mason and at Towson—two all-league caliber players in Jonathan Lee and Quincy Ford and an outstanding coach in Bill Coen, they’ve proven to be legitimate championship contenders. (And they’ve been my pick to win the CAA ever since they finished second in the Great Alaska Shootout at Thanksgiving—I’d tell you to look it up on Twitter, but I have a whole lotta Tweets there, you know, short attention span and all that)

But even the staunchest of Northeastern supporters knows these Huskies aren’t the modern-day versions of the 2001-02 UNC Wilmington, 2006-07 VCU or even the 2010-11 Hofstra squads, all of whom were the last teams in the CAA to absorb a conference defeat. Northeastern is a decidedly imperfect lot that has lost home games to Maine, Vermont and UNC Asheville and nearly squandered a double-digit second half lead to the Dutchmen.

None of the other teams eligible for the CAA Tournament are very imposing. Delaware (3-1 after Wednesday night’s loss to Towson) opened the year by reaching the final four of the preseason NIT but subsequently lost to Delaware State and Lafayette, the latter of which “boasts” a win over a school called Arcadia (apparently The Power Station didn’t have an open slot on its schedule).

George Mason and James Madison are each 3-2 after the Patriots beat the Dukes on Tuesday night. But GMU got smoked by UNC Wilmington last Saturday, three days after the Seahawks lost by 28 to the Dukes, which happened two days after James Madison lost a non-conference game to Hampton, which was ranked 346th in the RPI. Out of 347.

Then there’s Drexel (1-3), the overwhelming preseason favorite that’s been decimated by injuries, and William & Mary (1-4), the popular sleeper pick that’s lost six in a row

This is a season in which the CAA may look like it did in 1996-97, when eight of the nine teams finished between 10-6 and 7-9. Or it may approximate the dream of late NFL commissioner Pete Rozelle, who always wanted an NFL in which everyone was 8-8 (or, in this case, a CAA in which everyone was 9-9).

It will not take much for a team to get to the second weekend of March believing it has a shot at winning three games in as many days and winning the automatic bid to the NCAA Tournament. Of course, 12 days ago I thought even that was too much to ask for the devastated Dutchmen.

But in winning two games last week, the Dutchmen established a formula for victory, albeit one that will not be easily repeated and one they have yet to unveil on the road. If the Dutchmen can get consistently good guard play from the inconsistent Stevie Mejia and Taran Buie, play every game at a pace approved by the 1985 Villanova Wildcats and coax 40-50 useful minutes out of the frontcourt trio of Stephen Nwaukoni, Moussa Kone and Daquan Brown…well, they’ll have a shot.

I figure the Dutchmen will need seven league wins to be able to entertain thoughts of a Cinderella run. Win home games against downtrodden Old Dominion (words I never thought I’d write) and the rest of the middle-of-the-pack quagmire (UNC Wilmington, James Madison), win a coin flip home game against a Towson or Delaware, steal a home game against someone like Northeastern, George Mason or Drexel and beat someone, anyone on the road—where the Dutchmen haven’t won in 364 days, but who’s counting?—and that’s seven.

The recent road losses at Delaware (where the Dutchmen lost by 15 on a night in which Buie was 1-of-11 shooting and Hofstra held double-double machine Jamelle Hagins scoreless while limiting him to six rebounds) and Northeastern have provided some reason for encouragement as well, and maybe even a flicker of hope the Dutchmen can approach a .500 conference record.

Or maybe they can even finish with a winning league record. Nah, let’s not get carried away. At least until the Dutchmen win the opening tip in Fairfax this afternoon.

Email Jerry at defiantlydutch@yahoo.com or follow Defiantly Dutch at http://twitter.com/defiantlydutch.
Posted by Jerry Beach at 1:31 PM