After Knucklehead Gate: Measuring the impact on those left behind 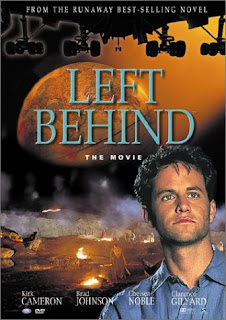 Thirty-nine days have passed since a promising Flying Dutchmen season was derailed by the arrests of four knuckleheads. We all know how the Dutchmen have fared since then (hint: it rhymes with so and bix), but I thought it’d be interesting to look at the before and after performances of the players left behind. Like so many things I write, this one ended up going a lot longer than I anticipated, so without further ado, here you go. (Note: Since he didn’t debut until Dec. 22, Daquan Brown is not a part of this exercise)

JORDAN ALLEN
Before knucklehead gate: 2.4 ppg, 1.9 rpg, 11.1 minutes per game, 1 start
After knucklehead gate: 6.5 ppg, 5.8 rpg, 25 mpg, 6 starts
ANALYSIS: Allen has been the biggest post-arrests bright spot for the Dutchmen. He got better as December (and January) went on and scored 30 points on 11-20 shooting from the field and 8-of-10 shooting from the free throw line over the last three games. He was just 10-of-20 from the field and 6-of-15 from the free throw line in the Dutchmen’s first 10 games. Allen’s also added six steals while committing just four turnovers in the last six games. He probably won’t ever be a superstar, but he’s looking like a very solid glue guy for the next three-and-a-half years as he displays the benefits of the redshirt year that the Dutchmen were never able to give raw big men Stephen Nwaukoni, Moussa Kone and Darren Payen.

TARAN BUIE
Before knucklehead gate: 14.4 ppg, 3.4 rpg, 25.4 mpg, 1 start
After knucklehead gate: 15.7 ppg. 4.0 rpg, 34 mpg, 6 starts
ANALYSIS: The pre-arrests depth at guard allowed Mo Cassara to ease Buie into the mix after he went almost 23 months between games. Do you remember when Buie was asked if he liked coming off the bench? That was awesome. Losing three guards forced Buie into the starting lineup much earlier than anticipated, and while he’s easily the Dutchmen’s best player, he appears to have grown frustrated over the last three games, ever since his 29-point masterpiece against Long Island went for naught. Buie has 39 points on 13-of-39 shooting in that span, down considerably from the 40 percent clip (38-of-94) he shot in his first eight games. He’s also recorded more assists than turnovers just once in his seven starts. With nobody behind Buie, though, there’s not much Cassara can do except hope Buie shakes off the rust, gets hot and regains some confidence.

STEVIE MEJIA
Before knucklehead gate: 10.6 ppg, 3.7 rpg, 3.1 assists per game, 30 mpg, 7 starts
After knucklehead gate: 9.5 ppg, 4.2 rpg, 5.2 apg, 34.8 mpg, 6 starts
ANALYSIS: Mejia has probably been the Dutchmen’s steadiest player over the last month. Still, he, more than the rest of us, should look back at the weekend sweep in the Not CBI tournament and wonder what could have been. A scattershot shooter at best who is prone to extended slumps, especially when he’s trying to force the action, Mejia benefited from the increased attention on players we shall not mention during the weekend before Thanksgiving and won the MVP of the subregional by scoring 47 points while shooting 17-of-30 from the field (including 2-of-6 from 3-point land) and 11-of-11 from the line. In the other 10 games this season, Mejia is shooting 28 percent (24-of-86) from the field, including 2-of-18 from 3-point land, and 61 percent (34-of-56) from the line. On the bright side, Mejia has not let his poor shooting affect his role as facilitator: His assists are way up over the last six games, as noted above, and he has a 17/8 assist-to-turnover ratio over the last three games. He’s also coming off a two-game stretch games against Tulane and Florida Atlantic in which he shot 10-of-25 from the field while pulling down 15 rebounds, so perhaps he’s warming up a bit. But the Dutchmen will be more successful if Mejia is shooting less.

DAVID IMES
Before knucklehead gate: 6.7 ppg, 5.3 rpg, 1.5 blocks per game, 23.8 mpg, 6 starts
After knucklehead gate: 5.0 ppg, 3.8 rpg, 0.67 bpg, 27.2 mpg, 6 starts
ANALYSIS: Imes’ numbers are falling for the second straight season: After averaging 7.6 ppg and 6.8 rpg as a sophomore, he averaged 7.0 ppg and 5.4 rpg last year and is averaging 5.8 ppg and 4.6 rpg this year. It’s easy to say the Dutchmen had to rely on Imes for more outside shooting after losing three long-range threats, but the truth is Imes was settling on the perimeter even when the roster was full: Of his 77 field goal attempts this year, 39 have come from beyond the arc. He can really help the Dutchmen there by hitting two or three 3-pointers a game, but he’s drained a pair of treys just twice this year. He’s probably a guy who would have benefited from plenty of open shots had the knuckleheads remained on the team. Sigh.

STEPHEN NWAUKONI
Before knucklehead gate: 5.0 ppg, 6.4 rpg, 16.3 mpg., 1 start (2 DNP)
After knucklehead gate: 7.0 ppg. 7.8 rpg, 22.8 mpg, 1 start
ANALYSIS: Nwaukoni has definitely benefited, in terms of playing time, since the arrests, and he’s the type of consistent rebounder the Dutchmen have lacked since Kenny Adeleke (speaking of guys we should only refer to by code names). Nwaukoni has at least seven rebounds in seven of the last eight games in which he’s played and has a real shot at becoming the first Dutchmen since Adeleke to average eight rebounds a game over a full season. But given his inconsistencies on offense, the Dutchmen would have better off with him as a role player—a designated rebounder, if you will. As it is, Cassara will have to hope there’s a lot more two-game stretches like the one Nwaukoni enjoyed against Long Island and Brooklyn (12 points apiece on a combined 10-of-16 shooting) than the one he just had against Tulane and Florida Atlantic (eight points combined on 3-of-12 shooting).

MOUSSA KONE
Before knucklehead gate: 6.9 ppg, 5.7 rpg, 0.7 bpg, 26.3 mpg, 6 starts
After knucklehead gate: 4.3 ppg, 3.2 rpg, 1.2 bpg, 17.8 mpg, 6 starts
ANALYSIS: Mejia might be the guy wondering what might have been if the knuckleheads didn’t decide to steal stuff, but Kone is the player who has been most affected by their absences, especially that of the guy who used to wear no. 1. Kone opened the season as the no. 2 in a very impressive—and very young—1-2 punch, but with Daquan Brown rounding into form, Kone is in danger of falling to the back of the Dutchmen’s big man rotation. Kone played as few as 20 minutes just once in the first seven games—and did that in an easy win over Division II District of Columbia—but has played as many as 20 minutes just once since then, and he barely reached that figure against Wright State. Kone scored in double digits in three of the first five games, but hasn’t scored more than seven points in a game since. He had at least five rebounds in six of the first eight games but hasn’t had more than four rebounds in any of the last five games. He has hit 10 of his last 15 field goal attempts over the last four games and scored seven points against Florida Atlantic, which provides hope he can be a finisher down low and a solid piece to the puzzle.

MATT GROGAN
Before knucklehead gate: 3 minutes played all season, no stats
After knucklehead gate: 4.7 ppg, 1.8 rpg, 18 mpg, 0 starts
ANALYSIS: After playing more extensively last season than any walk-on in the DD Era, it looked as if we wouldn’t see much of Grogan until Senior Day. Then the knuckleheads got busted and suddenly “Matty Ice” became a valuable member of the rotation. He scored a career-high seven points against SMU, then matched that figure three nights later against Wagner and again against Tulane. Grogan has as many 3-pointers this year (six) as he did last year in seven fewer attempts, which is an encouraging sign going forward. He’s the best pure long-range shooter on the team and there are going to be nights this year where he drains three or four 3-pointers and we lose our freaking minds. But he’ll need to have a lot of those nights to give the Dutchmen a shot in the CAA.

DARREN PAYEN
Before knucklehead gate: DNP
After knucklehead gate: 2.5 ppg, 2.0 rpg, 1.2 bpg, 12 mpg, 0 starts
ANALYSIS: The first long-term tremors from the arrests were felt against SMU Dec. 1, when Payen began the process of burning his redshirt because the Dutchmen needed warm bodies. Cassara believed Payen would be one of the CAA’s best freshmen next year, but we’ll just have to hope we aren’t wondering what he could have been with a redshirt. Payen has looked predictably raw and rusty thus far, especially over the last three games, a stretch in which he’s scored two points, attempted two field goals and pulled down three rebounds in 22 minutes—as many minutes as he played against SMU. Payen has shown his potential by collecting two blocks in three different games, and he should be someone who benefits from playing two or three games a week. The Dutchmen will need him to develop in hopes of establishing a strong inside game.

ADAM SAVION
Before knucklehead gate: DNP
After knucklehead gate: 3.5 ppg, 2.0 rpg, 5.3 mpg, 0 starts
ANALYSIS: Savion appeared to be the David Vallins of a new generation but has played double-digit minutes in two of his four appearances. He has plenty of fearlessness—gotta love a walk-on who just drives the lane as instinctively as Savion does—and can play point in a pinch, but let’s face it, no team in America is built to survive getting minutes at the point in December from a guy who wasn’t on the team in November.

Email Jerry at defiantlydutch@yahoo.com or follow Defiantly Dutch at http://twitter.com/defiantlydutch.
Posted by Jerry Beach at 5:58 AM