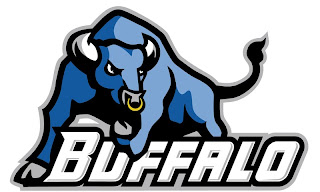 If Buffalo's logo was this bad-ass in 1994, maybe the Bulls would have beaten the Flying Dutchmen.
Editor’s note: “Fifteen years ago today…” is a feature we’ll be running all fall at Defiantly Dutch as we look back on how the unforgettable 1994 football season unfolded. I’ll add quotes to note and other random memories of the games as well. The first four entries are as follows:
Wins over Butler, Bucknell and Fordham