You down on the OOC? (updated) 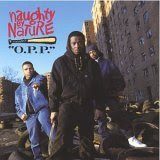 Remember when people were actually unsure what O.P.P. meant? Ahh the innocent summer of 1991!

Been wondering for decades just how the Hofstra men’s basketball team would match up against Old Westbury, that Division III school off Route 106/107? Good news! This is your year!

Hoping to tune in to CBS on the second Sunday of March and see Greg Gumble, Clark Kellogg and Co. declare Hofstra earned an at-large bid because of an arduous non-conference schedule? Uhh…not so likely.

Hofstra finally released the out-of-conference schedule Monday. If you’re thinking to yourself “Self, wasn’t the entire schedule released a lot earlier last year?” you’re right, though I can’t seem to find a link to prove it.

And if you suspected the schedule would be light on March-worthy foes, well, you were right again. All caveats apply, of course, about how a team’s performance last year does not foretell its performance this year. But the eight Division I teams Hofstra is guaranteed to face posted a combined winning percentage of just .432 (108-142) last year.

That collective percentage is considerably boosted by the presence of OOC headliners Clemson (which lost to Villanova in the first round of the NCAA Tournament and finished 24-10) and UMass (which reached the NIT final and finished 25-11). The other six Division I foes went an anemic 59-121 (.328) last year. The news is a little better among the six teams Hofstra could face in the final two rounds of the Charleston Classic: They went 108-86 last year, a .557 winning percentage, and three teams (Temple, TCU and Southern Illinois) reached the postseason.

So why, three years after Hofstra’s OOC was blamed for its criminal omission from the NCAA Tournament, are the Flying Dutchmen seemingly content to participate in metro NYC’s version of the Big Five?

As a reader noted below (whoohoo! someone’s reading—and after midnight, to boot!), visiting Manhattan and Stony Brook and hosting Fordham, St. Francis and Iona might generate a little local interest and provide an attendance boost at Hofstra Arena. But it won’t do much for the Flying Dutchmen’s at-large candidacy—NCAA or NIT.

Maybe the meager OOC is just bad luck: In June, it was reported that Hofstra was going to play in the Puerto Rico Classic, which will feature national runner-up Memphis as well as Elite Eight participant Xavier, but that’s obviously not the case.

Maybe it’s the coaching staff hoping to avoid a repeat of last year, when the Flying Dutchmen—adjusting to the departures of Loren Stokes and Carlos Rivera—were 2-8 (including a December loss to UNC-Wilmington) by New Years Day and didn’t begin to find their form until it was way too late. Of course, Hofstra’s out-of-conference slate last year—headlined by 2007 NCAA Tournament teams Holy Cross and Virginia Tech and featuring a collective winning percentage of .493—wasn’t exactly a Fang Mitchell special, either.

Perhaps it’s a way to make good on the goals expressed to season ticket holders in last week’s letter from Tom Pecora and Jack Hayes. A 20-win season would put the Flying Dutchmen in prime position to return to the postseason (and yes, the CBI counts, even if accepting a bid cost so much money that everyone this side of New Jersey Tech declined an invite last year). Only 12 of the 101 schools that won 20 games last season did not receive a postseason bid (UNC-Wilmington was one of the unlucky dozen).

I mentioned last week I’m no good at math, but I know enough to know that 8-3 in OOC play (7-3 before New Years Day and a win in the Bracket Buster) plus 11-7 in the CAA plus a win in the CAA tourney equals 20 wins.

Or maybe it’s more cynical: Hofstra fattening up on a schedule that would scare no one except maybe John Thompson because winning more games is good business sense…for the university as well as the Flying Dutchmen coaching staff. As we learned last week, it’s tough to raise ticket prices when you go 12-18.

And coaches on winning teams get lucrative raises or new jobs. I’d love to see Pecora finish his career at Hofstra as much as anybody else, but he’d be crazy not to try and parlay a 20-win season into another contract extension…or even a flirtation with the one local school that would really weaken Hofstra’s OOC and will almost certainly be looking for another coach by March. (Mocking St. John’s basketball—there’s a tradition we couldn't have envisioned 15 years ago)
Posted by Jerry Beach at 11:57 PM

Maybe they're just trying to build the gate. The football games against C.W. Post always drew the largest crowds when we went there in the early 1990s.

That is a cruddy OOC sked. What's missing is our annual appearance at the Holiday Festival [which is being played BEFORE Christmas this season because of the Big East sked starting just before New Year's. BOOOOOO!!].
Of course, I've seen worse OOC skeds, but most of those are of teams that play in power conferences. That's a soft non-conference sked for a mid-major.