I don’t know what it is, but Cory Christopher has it 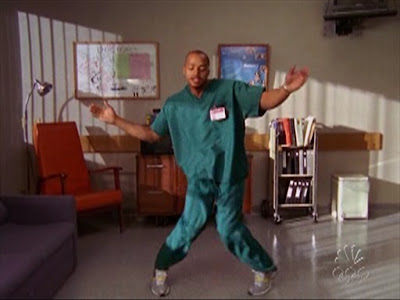 For his next trick, Cory Christopher will nail "Poison" in Air Band...even though he was just three years old when Bell Biv Devoe released the song. That's very depressing, BTW.

Did you think Cory Christopher played well in the fourth quarter Saturday? Well, take a look at the play-by-play. He was even better than you thought—in fact, Christopher was just about perfect in the fourth as he directed three scoring drives to lead the Flying Dutchmen past Rhode Island, 23-20.

Christopher was 10-for-13 passing for 113 yards in the fourth. All three incomplete passes were intentional spikes to stop the clock during the frantic 58-yard, 49-second drive that resulted in the game-winning 38-yard field goal by freshman Roger Williams. He also rushed five times for negative-1 yard—a nine-yard sack dropped him below zero—and a touchdown.

It was no fluke for Christopher, who has thrived in the 15 (or more) minutes that separate the caretaker quarterbacks from the difference-makers. Christopher did his first John Elway impersonation Sept. 13 against Albany, when he presided over an 18-play drive that ended with Brian Hanly missing a 34-yard field goal with nine seconds left. Christopher also put the Flying Dutchmen in position for another field goal on their lone overtime possession.

In the fourth quarter and overtime of the last two games, Christopher is 21-of-31 for 214 yards and has rushed 13 times for four yards and a touchdown (the four sacks he incurred are counted as carries). In those fourth quarters, Hofstra held a 21:29-8:31 advantage in time of possession.

Christopher’s fourth quarter performances are symbolic of his revelatory emergence as the center of the Hofstra offense. Nobody knew what to expect when Christopher was thrust into the starting lineup at the last minute against UConn Aug. 28, and his understandably inconsistent performance against the potential Big East champs further tempered expectations for 2008. But while the Flying Dutchmen were more prolific against Albany and Rhode Island last year—when they scored 65 points in a pair of wins—Christopher has generated the type of consistency and chemistry Bill Belichick would love to get out of a backup quarterback.

Bryan Savage—a pretty good dual threat himself and someone who appeared to be in no danger of losing playing time to Christopher before his season-ending injury—accounted for 62.7 percent of Hofstra’s offensive plays last year (367 passes, 118 rushes).

Christopher is on pace to obliterate those totals. Through three games, he’s had a hand in 72.5 percent of the Flying Dutchmen’s offensive plays (99 passes and 62 rushes). That puts him on pace to throw 363 passes and rush 228 times. The latter figure, remarkably, would place him within shouting distance of the school record for carries in a season, set by Trevor Dimmie (265) in 2000.

It’s also impossible to underestimate the confidence a player like Christopher can create amongst his teammates with those cool-under-pressure fourth-quarter drives. A leader is hard to describe but immediately identifiable. And there’s no teaching what Christopher has displayed the last two weekends—nor any doubt now that he’ll be “that” player for the Flying Dutchmen the next two seasons.

Email Jerry at defiantlydutch@yahoo.com.
Posted by Jerry Beach at 11:55 PM

Now if Cory Christopher can nail "Holiday in Cambodia," which came out when he was negative-6½, then I'll be impressed.