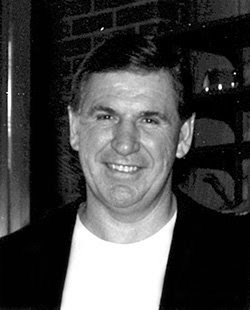 Below is the first-ever Defiantly Dutch feature story, which was culled from an interview with John Schmitt after his number was retired at Shuart Stadium last Saturday. This is the type of occasional feature I had in mind when I started the blog—something interesting, I hope, that you’re probably not going to find anywhere else—so I’m curious for any feedback the Loyal Readers may have. Stay tuned to Defiantly Dutch for another (hopefully interesting) feature next week. Thanks to Schmitt for taking the time to chat last weekend and to Jim Sheehan, the MVP of sports information directors, for facilitating the interview.


Long before Shuart Stadium, hopes of a national championship in Division I-AA and retired numbers displayed on Margiotta Hall, there was the Cement Bowl, flowers in cement and one very sick newlywed in November 1962.

“We had a wedding date set for November 24 and about November 15 or 12 or 10 we got invited to the bowl,” John Schmitt said. “So I said to coach [Howdy] Myers ‘I gotta get married that weekend, it’s two weekends before the bowl game.’ He says ‘How long you gonna be?’ I said ‘Well, I’d like to take five or six days.’

“So we got married and we went up to the Concord Hotel for our honeymoon. And I got sick—I was taken to the hospital. I had a virus [and] I was sick almost my whole honeymoon. I came back, I was 20 pounds lighter and everybody wanted to see what my wife looked like because I worked off 20 pounds. They didn’t know I wasn’t even with her.”

Before the stomach-churning honeymoon, though, the Schmitts made their contribution to the construction of what is now Shuart Stadium. “They took her flowers from our wedding and put it on the 50-yard-line,” Schmitt said. “One of the contractors building those stands was pouring the concrete. So he put the flowers in there. It was immortalized.

“See where that CAA [sign] is? Right behind that CAA, about eight rows up, are the flowers.”

Schmitt, of course, can now point to something much more tangible after his number 77 was retired at halftime of the Flying Dutchmen’s 23-20 win over Rhode Island last Saturday. It was the latest honor bestowed upon Schmitt by Hofstra, which previously awarded him a trio of alumni awards as well as made him one of the inaugural inductees into the school’s Hall of Fame.

“It was really, really exciting and such an honor,” Schmitt said. “And then to see my jersey up on Margiotta Hall—I had no idea that that was happening. When I looked around and saw that, I couldn’t believe it. That was fantastic. That really was fantastic.”

Schmitt had plenty of football left to play after graduating from Hofstra following the 1963 season. He parlayed a free agent tryout with the Jets into 11 seasons as the anchor of their offensive line. He started at center Jan. 12, 1969, when Joe Namath followed through on his guarantee in the Jets’ shocking upset of the Colts in Super Bowl III.

“This is my third ring,” Schmitt said as he fiddled with the jewelry. “My first one I lost surfing in Hawaii, believe it or not. I came in at the end of the day and there was no ring on my hand. I almost died. I had it insured so I bought a new one and then wore it out because I take it off so much to show people. A year ago Christmas, I had a new one made and I had ones made for my two sons and son-in-law.

“This is brand-spanking new. I wear it every day. I never leave home without it.”

Schmitt wouldn’t trade the ring—or the experience of being a part of the Jets’ only championship team—for anything. But that doesn’t mean he’s completely over the Cement Bowl loss to West Chester (known back then as West Chester State College), either. Schmitt took great—pardon the pun—pride in playing both sides of the ball during his career at Hofstra. But he was so weakened prior to the Cement Bowl that he could only play defense in the 46-12 loss.

“They don’t do that today,” Schmitt said with a laugh, talking as much about his in-season honeymoon as playing on both lines. “That was a long time ago. Long, long time ago.”

Nobody’s going to go two ways any time soon in the NFL—especially now that this guy is retired—but Schmitt’s throwback lessons about preparing for life after football are even more relevant today. As an undrafted free agent playing in the days before salaries exploded, Schmitt feared every year would be his last, so he worked multiple jobs during his career and founded an insurance firm in 1973 that remains wildly successful today.
“My best year, 1975, I made $55,000,” Schmitt said. “Kevin Mawae was my best friend on the Jets…a few years back he was making $4.3 million. He made more in one game than I did in 12 years.

“But the average [career] is 3.7 [years]. If you’re fortunate enough to play six or seven or eight or nine years, if you use your head and invest your money wisely, you can be very much set up for the rest of your life.”

Of course, it doesn’t always work that way—then or now. Yet Schmitt wasn’t surprised when he spoke to a group of Jets and found his message falling on deaf ears.

“The guys think that football’s never going to end—and I did too, by the way,” Schmitt said. “After 12 years I thought I could play three more. But your body wears out and things happen and situations change. And it’s really, really tough. A lot of guys just never think that it’s going to end and never prepare for the time when they’re not a football player.

“It’s sad, you know, because I see a lot of my friends. Granted, they had a better time when they played football than I did, because they were out every night enjoying themselves and I was working every night.

“But in the long run, what I did paid off a lot more.”

Email Jerry at defiantlydutch@yahoo.com.
Posted by Jerry Beach at 11:19 PM