Brother, Where You Bound? 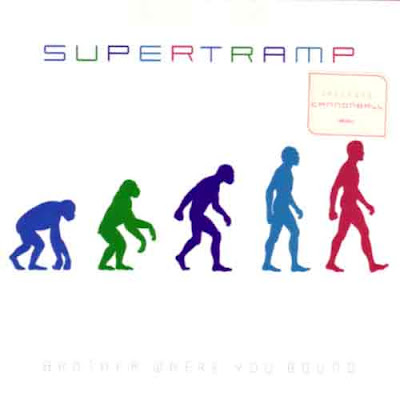 (This is almost certainly the only Supertramp reference I will ever make. Unless It's Raining Again next time I blog)

Thirteen days after they got a little too nostalgic for comfort against Albany, the Flying Dutchmen face another program with a familiar background Friday when they visit Stony Brook in what promises to be a soggy affair.
(Sidebar: Of course, I realize the current Dutchmen have no connection to Hofstra’s Division III or non-scholarship I-AA days. In fact, the star freshman running back was born, I kid you not, the same day Hofstra beat Stony Brook 48-0 in 1990. That was during my first month of my senior year of high school. I think I was listening to this. I am so very depressed now. Let’s move on.)
Anyway, the good news from the creative math department: Hofstra has won its last four football games against Stony Brook by an average of more than 27 points!

So, you know, the trends aren’t exactly in Hofstra’s favor as it prepares for the now-annual No-Win Situation Bowl (not presented by State Farm). The Dutchmen are supposed to win, because beating the Seawolves (am I the only one tempted to type Patriots when referring to Stony Brook? And is there a blog out there called Persistently Patriotic?) is the one thing that links Hofstra football eras.
The Dutchmen were 7-0 against Stony Brook from 1984-90, when both schools were in Division III. And they’re 4-0 since the series resumed in 2004, five years after Stony Brook made the leap to I-AA. Overall, Hofstra has outscored Stony Brook 349-87.

A loss to Stony Brook would be more difficult to absorb than the loss to Albany, and not only because Hofstra’s supposed to be long past the days of losing to programs with less than 63 scholarships. A win for the Seawolves would be historic and, perhaps, a building block as they look to emerge from the shadow of big brother.

Stony Brook moved from Division III to Division I in 1999 and legitimized itself by moving into the America East following Hofstra’s defection in 2001. Like Hofstra, Stony Brook eased into I-AA football as a non-scholarship program before gradually phasing in the full allotment of scholarships.

Athletic director Jim Fiore, who played on the Flying Dutchmen’s final D-III team in 1990, dreams of the day when little brother is the top D-I program on Long Island. Anyone who saw last season’s incredibly physical Hofstra-Stony Brook men’s basketball game at the Arena—in which the Seawolves held off a late rally to earn just their fourth win in the 21-game series—knows it’s not just the decision-makers who want to beat Hofstra.

Fiore is not shy about talking about his plans for global—or at least regional—domination in the America East. It’s already outgrown the Northeast Conference in football and Fiore won’t rule out an eventual move to Division I-A. And basketball coach Steve Pikell has spoken of turning Stony Brook into a George Washington-type powerhouse.
There’s nothing wrong with dreaming big, but evidence suggests Fiore’s trying to run a marathon with a program that’s barely begun to crawl. (And with Stony Brook president Shirley Strum Kenny planning to retire at the end of the school year, it’s fair to wonder if he’ll even get a chance to finish the race under the new head honcho)
The men’s basketball program is 20-66 under Pikell and has yet to make a dent in the America East, which is one of the lowest-ranked conferences in the country. The football team plays at an impressive stadium and has a pretty loyal following on eastern Long Island, but its average crowd last year was just 4,601. On the field, the Seawolves opened the season with a 42-26 win over Colgate, but have scored fewer points in each of their three subsequent losses.

Hey, I like that trend. It says Hofstra will win, even if it’s 6-3, and fend off little brother for at least another season. Weather-permitting, the wife and I will be there to watch. I’ll be the guy yelling about Jimmy Jones.
Posted by Jerry Beach at 11:56 PM