C’mon TP. I know what you have to say to everyone else, but I’ve been there from the beginning. All I want is one ticket. 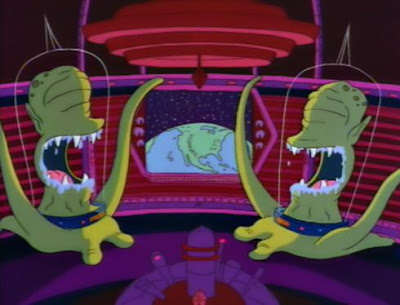 “It’s a two-party system! You have to vote for one of us!”

Here’s something you don’t get everyday: Multiple Hofstra news links. The men’s hoops team gets some national pub from Gary Parrish of CBSSports.com (am I the only one who still writes http://www.sportsline.com/ into the address window at Internet Explorer?), who writes about the presidential debate displacing the Flying Dutchmen starting next week. Some amusing stuff from Tom Pecora about being housed at Margiotta Hall, practicing at Adelphi and fielding phone calls from friends who want one of the golden tickets wrapped in a chocolate bar Hofstra was allotted. (Seriously, only 200 tickets? That’s a joke)

Bryan Savage’s hometown newspaper has an interesting and extensive piece on the former Hofstra quarterback, who had big hopes for the UConn game as well as his senior season but was instead sidelined with a career-ending injury mere moments before kickoff.

And thanks to loyal reader Anonymous, who sent along a feature from the Albany Times-Union in which Albany coach Bob Ford ranks the win over Hofstra as one of the top 10 games he’s ever experienced in his 36 years at the school. I also learned I was wrong earlier this week when I wrote Albany does not have 30 scholarships. It has one. Seriously, one scholarship? Why even bother at that point? And how do they determine the recipient? Albany Idol? And do they have someone who is barely lucid consoling those who fall short?

Also got some entertaining comments and/or emails recently from Loyal Readers, including Rob, who chimed in with memories of Wednesday night dining at Hofstra. “The sad truth about Steak Night was that the Chicken Cordon Bleu was actually better than the steak—the only two good meals they serve all week, and they served them on the same night? WTF?”

I don’t even remember the chicken cordon bleu. That’s how much I loved steak night: I wouldn’t even ponder another entree. But that sums up Lackmann, doesn’t it? Feed us crap six days a week and then make us choose from two glorious selections on the seventh.

Yes it is. In the spring of ’95, Sully Ray, Rob and fellow Chronicle alum Adam asked me to join them on a cross-country spring break road trip…a decision they regretted by the time we reached the George Washington Bridge, I am sure. I don’t travel well, at all…especially when the car is a stick shift and I failed Manual Transmission 101, as taught by my mom (it’s not her fault, my sister aced it).

So I sat in the back, read newspapers from around the country, listened to a mix tape (it’s like the iPod shuffle, except with careful attention paid to the ebb and flow as well as a handwritten song list…you kids these days have no idea what you’re missing) generally acted like a grump and slept a lot. I also apparently snored every sleeping moment, something my so-called friends were only too happy to capture via dozens of shots of me, my agape mouth and my chipped tooth deep in REM sleep.

It’s OK though. I’m the one with the blog. And I’m the one with photos of Sully Ray wolfing down hot dogs at 50-cent hot dog night in New Orleans as well as shots of Sully Ray, Adam and I keeping score during the game. If I could only be the one who also had a working scanner, those photos would be up here. So revenge—for the sleeping shots as well as all my losses in T-Shirt Derby—will eventually be mine, Sully Ray.

And any T-shirts that are fired my way tomorrow will be mine, too, since Sully Ray once again has better things to do than join us. Sniff. So if you see the wife and I, stop by and say hello. I’ll be the guy yelling about Michael Doto.

Jerry is still waiting to hear from Rick, Ted and the rest of the Loyal Readers at defiantlydutch@yahoo.com.
Posted by Jerry Beach at 7:06 PM