Of scheduling goofs and goofs on (and off) Twitter 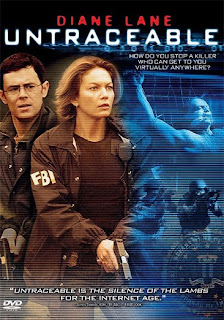 Jim Larranaga found out the hard way this was not about one's posts on Twitter.
First things first: I goofed big-time in Friday’s post about the men’s basketball schedule, when I wrote the Flying Dutchmen visit Georgia State in their second conference game following the new year. That’s incorrect, they actually travel to your favorite team and mine, George Mason, on Jan. 4, two days after hosting William & Mary. I blame a lack of sleep, though I’d swear on a stack of Hofstra Bulletins from 1993-94 that I read Georgia State.
Anyway, my humble apologies for the error, and check out part one of Litos’ annual “four-in-seven” series for his take on the challenge awaiting the Dutchmen in the first full week of the CAA season.
Speaking of George Mason, Litos also reports, via Washington Post blogger Dan Steinberg, that Jim Larranaga has stopped Tweeting. Oh darn it. And here I was hoping he’d follow me and we’d exchange stupid, goofy inside jokes and trade movie quotes all season long.
@DefiantlyDutch: Just watched Simpsons where Man Getting Hit In Groin By Football wins award @ Springfield Film Fest. LOL.
@MasonCoachL: Awesome. Always makes me laugh. Watching Pulp Fiction now, dude about to get shot in junk.
@DefiantlyDutch: “And when you’re gone, you stay gone, or you be gone. You lost all your LA privileges. Deal?”
@MasonCoachL: Best. Movie. Ever.
@Defiantly Dutch: Def agree. OK off to watch our Final Four video.
@MasonCoachL: Off to read Newsday stories about HU’s NIT win over St. Joes, then to cry and kick stray puppy.

Larranaga’s exit from Twitter will probably disappoint Diehard Dogs, the website and magazine which covers Northeastern sports. Diehard Dogs posted last month about how his “…favorite part of Twitter so far is reading Mason’s basketball coach rant about the movie Funny People.” (Dear Dieharddogs: Don’t get mad at me for quoting your Tweets)

The most amusing thing about Larranaga’s Twitter retirement was it took him five Tweets to say goodbye, and even then he left the door open for a return. For crying out loud, Jim, even Brett Favre thinks that’s wishy-washy. To paraphrase a memorable quote from the best movie ever: “And when you’re gone, you stay gone. You lost all your Twitter privileges. Deal?”