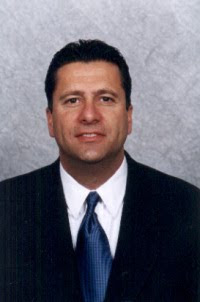 We caught up last Monday with Tom Pecora, who gamely served as the chairman for the Coaches vs. Cancer Golf Tournament in Garden City despite walking around on crutches due to recent surgery on his left hip. We asked Pecora about the surgery as well as a handful of men’s basketball topics, including the vaunted non-conference schedule, the incoming recruiting class, the new core of Charles Jenkins, Nathaniel Lester and Greg Washington and how last year’s near-miss against Old Dominion in the CAA quarterfinals can motivate them. Hope you enjoy.

Can you tell us what happened with your hip surgery?

Thought I tore my groin. Found out it was more [a matter] of no cartilage in my left hip. So I had a hip resurfacing, a procedure they’ve been doing for like seven years. I had it done at [The Hospital For] Special Surgery on Tuesday and I’m up and moving the next day on crutches. Modern medicine. So I’m going to be the bionic coach this fall. Couple weeks on crutches, a week with a cane. It was a good time to get it done.

This is the only thing that really got in the way.  The good—even great—thing is all the honorees keep coming back. So you get Lou Carnesecca and Bill Raftery and Rollie Massimino and Jack Curran and Ray Nash and Nick Macarchuk. We had Bobby Cremins [this year]. So it’s a great turnout. A lot of the local coaches will be here, so it’s a really nice event.

What are your thoughts on what looks to be a pretty impressive non-conference schedule?

Good schedule. Challenging. We’re starting, we’re opening up at the number one team in the country, Kansas, and then were in the preseason NIT in a pod with UConn, so that could be interesting. We think we’re going to be pretty good and we want to challenge ourselves.

What’s it say for the university that you’re able to play in an exclusive event like the preseason NIT?

We’ve had a good history with the NIT. We went to the quarterfinals a few years ago and did well in the preseason NIT in the past [in 2003]. We’ve got a good relationship with Jack Powers and all the people there. It’s relationships, you know? And Hofstra has become a player because of the commitment from the top on down at the university.

Is it easier to put together a schedule like this when you’ve got a team like the one you have coming back, as opposed to last year, when you had just lost Antoine Agudio and were fairly uncertain what kind of squad you’d have?

I think it’s something we want to try to do every year. If we can continue to grow as a program, this is the type of schedule we should try to shoot for every year. Fill out the rest of the [schedules] with our locals. It’s important to have local rivalries, but [also to] go out and play some of these marquee names nationally and get our names out there.

I think our three best players last year were sophomores. They’re the core of the program with Jenkins, Lester and Washington. I think our recruiting class is a good one [and] we’ve got some experience back. So I think we are at a point where we were ready to take this kind of jump.

What kind of feedback have you gotten on the guys this summer?

They’re in summer school, they have open gym and that’s all we can do. In September we’ll get back to doing some workouts with them. It’s important for them to get some time away from us, too, you know?

What impresses you most about your recruiting class?

Are you in communication with your three juniors? And when in particular did you think Greg Washington and Nathaniel Lester began to emerge last year?

Talk to them all the time, about the responsibility that comes with being a leader. We talk about leadership qualities all the time. I thought mid-January, they really started to show the initiative to really make plays late in the game and feel comfortable being leaders. And that was important for us. We had six seniors last year, but they were really six role players. So it was important for them to step up.

Last year was an interesting year for you guys. You outscored the opposition by two points, but won 21 games, and had some really tough stretches yet ended the season with a real feeling of “what if” after the one-point loss to Old Dominion in the quarters. What do you take from the season?

It was a tough game [against ODU]. The thing is, when you get to that point in the season, it’s one possession. You’ve got to play every possession like it’s a championship possession. Because we get an offensive rebound, we win that game. And we didn’t and we went home and they didn’t.

Do you think that loss drives the returnees?

If it doesn’t drive them, shame on them. That should be something that sticks in their craw and gets them pissed.