Just The Facts 2014: Trying to beat a team three times in a season 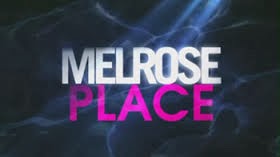 Hope my reboot sucks less than that one.

Good afternoon and welcome to the reboot of Just The Facts, the data-heavy series of CAA Tournament preview posts that ran from 2010 through 2012 before I took off last season due to the crippling depression last season wrought.

But it’s either dub this a reboot or dub it a sequel whose predecessor aired long ago, and the last sequel I saw like that was Scream 4, which I could not have enjoyed any less if Jim Larranaga was sitting behind me in the theatre kicking my chair. So reboot it is.

With the Flying Dutchmen facing UNC Wilmington in the 8/9 outbracket game—i.e. The Most Depressing Game Ever Played—on Friday night, it’s a good time to look at how the Dutchmen have fared when facing in tournament play a team whom they swept during the regular season.

The Dutchmen, of course, swept UNCW this year by winning 69-64 in One Tree Hill before coming back from a 15-point second half deficit to stun the Seahawks at Hofstra, 61-52. It’s the first time the Dutchmen have beaten a team twice in a season since Charles Jenkins roamed Hofstra, along with the dinosaurs, back in aught eleven.

The good news for the Dutchmen is the notion that it’s tough to beat a team three times in a season does not stand up to statistical evaluation. This weekend marks the 10th time in the Division I era that Hofstra has swept a conference opponent in regular season play before facing it in the tournament. The Dutchmen have won the last seven such tournament games, dating back to 1992, and are 7-2 overall in those contests. Here’s the complete list, with the conference in parenthesis.

League-wide, the trends are also in favor of the team that sweeps a regular season series before playing a third time in the tournament. Since 2001-02, when the CAA expanded to include the America East four (would just like to note we’re all still there, unlike your disloyal founding/core members—just sayin’), a team that wins both regular season meetings is 34-11 when meeting for a third time in the tournament, including 10-0 since Drexel fell to James Madison in the 2010 opening round. Here’s the full list:

All this said, there are at least three big, madly blinking caution signs here that warrant our attention. One is the natural fretting that something that hasn’t happened in 22 years—or, in the CAA’s case, in the last 10 games—is due to happen very soon.

The second is this year’s Dutchmen squad, which went 5-11 in CAA play, didn’t have nearly the kind of regular season that any of their predecessors on that list. The previous seven teams to sweep a team and then face it in the conference tournament all finished with winning records in league play. Only the 1991 (7-5 in the ECC) and 1984 (9-5 in the ECC) teams finished less than four games over .500 in conference.

Along those lines: The Dutchmen will be the sixth sub-.500 CAA team since 2001-02 to sweep an opponent during the regular season before facing it in the tournament. Their .313 winning percentage is the lowest of these six teams.

Three of the first five teams lost the tournament game. Here’s that list:

So heading into Friday night, history is squarely on the side of the Dutchmen, while also portending potential danger. So clearly, Just The Facts, intended to crystallize things, has done nothing but muddy the waters. Man. These reboots really do suck.

Email Jerry at defiantlydutch@yahoo.com or follow Defiantly Dutch at http://twitter.com/defiantlydutch.
Posted by Jerry Beach at 4:20 PM