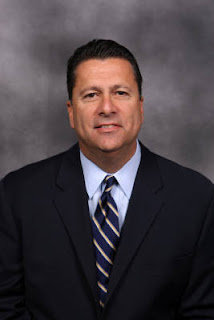 It’s official: I’ve now pestered Tom Pecora in three different decades! In what now qualifies as an annual event—albeit one that takes place a few days earlier than it did last year—Pecora was kind enough to sit down for a few minutes after practice yesterday to discuss the Dutchmen as they prepare for the reboot of CAA play. Hope you enjoy the interview, and as always, thanks to Tom for his time.

What was the most encouraging thing to take place during the non-conference schedule? And the most disappointing thing?

I think the most encouraging thing as of late was our game down in Florida Atlantic. I think we showed some toughness and gumption to win that game. We’re still not shooting the ball well. The most disappointing thing, to this point, is I think the play of our seniors. It’s been inconsistent. We need them to step up and become more consistent. Corny Vines just had a great practice and we’re a different team when he makes shots and makes plays. We’re a whole different team.

Charles Jenkins is someone who tries to do everything when the team is struggling. Was it as good for him as for the rest of the roster to see you guys win with him on the bench for most of the second half Tuesday night?

Yeah. And I think Nat Lester really stepped up. I think it was frustrating for [Jenkins]. He was getting annoyed—anytime he got some momentum going, a whistle was blown and that was frustrating. But I think we showed great composure on the road and that’s important.

Lester has consistently played well in the second half for you, but he’s often been quiet in the first half. What can you do to get him to play a complete game?

You can run some cuts to get him involved a little bit earlier. Obviously, we talked to him about the importance of playing a full 40 minutes and what we need him to do.

Your freshman class has certainly proved it is not lacking for toughness. Is that something you knew coming in, or did you have to see it manifest itself on the court?

You have to see it. And I think one of the reasons for that is they’ve gotten a lot of minutes. So by them getting a lot of minutes, it’s sped up their learning curve, so to speak But they’re generally tough kids. But, once again, if you’re depending on freshmen to win you basketball games at this level, you’re not going to win a lot of games [laughs]. So they’ve got to mature quickly, and then our veterans have got to play better and get better in crunch time. That’s what we need to depend on.

Is the mini-slump this team had right around Christmas similar at all to last year’s?

I think so much with that is the way your schedule is set up. Last year we played a UMass team that had just beaten Kansas, so they were feeling incredibly [confident]. That was the high point of their season. They had two outstanding games in a row and then, after that, I think they struggled and won 12 games. The Iona game was a disheartening loss because we had the game won and we didn’t switch a screen at the end and a 7-footer made the 3-pointer.

But with that said, I don’t think there are any similarities. This year is probably the most difficult conference schedule we’ve played. We’re playing five games in 10 days and we’re playing the teams that are at the top of the conference. So it’s going to be a great challenge for us, and the first 10 days of true conference play could really define our season.

What are your thoughts on the CAA after the non-conference schedule?

I think it’s been great. I don’t remember a team having RPIs as high as William & Mary and VCU have right now, and Old Dominion. So we’ll see. The good thing about that is you get an opportunity in conference to help position yourself for an at-large bid. So if we can beat William & Mary [today], it’s a great opportunity for us.

How about your big men, Greg Washington and Miklos Szabo, so far?

I feel pretty good about what Washington gives us. He’s a constant, I think. He’s a little inconsistent at times, but Mikey’s been incredibly inconsistent. And what’s eventually going to happen is we’re going to have to depend on Halil and Dave Imes to play more at that position. I’m trying to give these seniors as much rope as I can. And hopefully I’m not giving them enough to hang themselves.

This team has responded well whenever you’ve been unhappy with it—after the Charlotte game, after the Manhattan game. Why do you think it’s so difficult to get teams to continue to build on positive games, such as the Towson win?

That’s immaturity I think what happens is we don’t have great leadership from our veterans, and in turn we take on the personality of an immature team. So with that aid, we’ve got to find a way to get them to stay consistent, stay mature and do what they need to do.