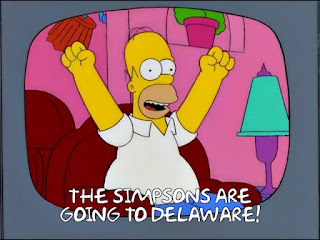 Alas but not the Beaches.


#CAAHoops season is here! Without further ado, the I’ll Be Quirky for the conference opener against Delaware.

OVER THE AIR
Hofstra will provide radio feed of today’s game at the Pride Productions hub. Delaware will offer free video here.

SCOUTING DELAWARE
The Blue Hens, under rookie head coach Martin Ingelsby, went 7-6 during the non-conference schedule, though two of the wins came against non-Division I schools. Delaware beat Iona, 63-54, in its most recent game Wednesday night.

The Dutchmen and Blue Hens had one common foe during non-league play. The Dutchmen beat Bradley 92-90 on Nov. 21 while the Blue Hens knocked off the Braves, 63-49, on Nov. 13

ALL-TIME VS. DELAWARE
Hofstra is 52-31 against Delaware, whom it has faced more often than any opponent, The two schools were rivals in the East Coast Conference and the North Atlantic Conference/America East before heading to the CAA, along with Drexel and Towson, for the 2001-02 season.

THE DUTCHMEN IN CAA OPENERS
The Dutchmen are 8-7 in the first game of league play since joining the CAA in 2001-02. They are 2-1 in CAA openers under Joe Mihalich with victories in each of the last two seasons.

REPLACING THE MISSING SCORING—AND THEN SOME
The Dutchmen lost a whopping 50.3 ppg from last year’s squad via the graduations of Juan’ya Green (17.8 ppg), Ameen Tanksley 15.9 ppg), Denton Koon (11.4 ppg) and Malik Nichols (5.2 ppg). But they have “found” 55.6 ppg this season via five players who didn’t play for the team last season plus the mergence of sophomore Justin Wright-Foreman.

***The Wright-Foreman average subtracts the 1.2 ppg he averaged last season to better account for the "found" points.

BERNARDI CLOSES IN ON 1,000
Senior guard Brian Bernardi scored 11 points in the 84-64 win over Siena on Dec. 22 and has 972 points in two-plus seasons at Hofstra. He is looking to become the 34th player in program history to reach 1,000 points and the fifth to do so after beginning his career elsewhere.

GUSTYS HITS THE TOP 10
Junior forward Rokas Gustys pulled down a game-high 15 rebounds against Siena to move into 10th place on the program’s all-time list with 756 boards. He moved past Stephen Nwaukoni (753 rebounds) and is 11 rebounds away from surpassing Quinas Brower for ninth place.