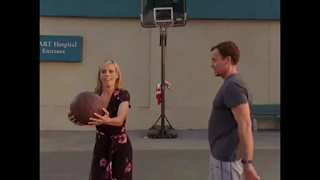 Daniel Dixon will probably hit this shot to win the game.


The Flying Dutchmen began the #CAAHoops schedule ended 2016 on an upbeat note by surviving quite a scare from Delaware and escaping New-ARK with a 58-56 win Saturday afternoon. The Dutchmen will attempt to keep the dream of a perfect CAA season alive this afternoon, when Joe Mihalich-era rival William & Mary visits the Arena. Here’s a quick look back at the Delaware game and a look ahead to the Pantsless Griffs.

THE MOST RECENT GAME SUMMARIZED IN ONE PARAGRAPH
The undermanned Dutchmen blew all of a 12-point second half lead, but Justin Wright-Foreman’s two free throws with 38 seconds left snapped a tie and Delaware missed three shots to tie or take the lead, including a half-courter as time expired (Frantz Massenat flashbacks). Ty Greer had perhaps his best game in a Hofstra uniform as he scored a team-high 17 points while adding seven rebounds, two steals and committing just one turnover. Wright-Foreman scored 15 points, including 12 in the second half, while Eli Pemberton added 11 points. Rokas Gustys was limited to 24 minutes due to foul trouble and scored just one point while collecting 11 rebounds. Brian Bernardi did not play due to illness.

BERNARDI’S IRON MAN STREAK ENDS
Senior guard Brian Bernardi was in uniform but did not play due to illness. He had played in — and started — each of his first 80 games in a Hofstra uniform. It was the longest streak of consecutive games played by a Dutchmen since Moussa Kone played in the first 98 games of his career between 2011 and 2014. The Dutchmen’s current “Ironman” is Rokas Gustys, who has played in 69 straight games.

OPENING AGAINST DELAWARE
The Dutchmen beat Delaware in the CAA opener for the second straight season. Overall in CAA openers, the Dutchmen are 10-6 with wins in each of the last three seasons and in four of the last five.

The Dutchmen will be looking to start 2-0 for the third straight season and for the seventh time since joining the CAA in the 2001-02 season.

OVER THE AIR
Hofstra will provide both a video and radio feed of today’s game at the Pride Productions hub.

SCOUTING WILLIAM & MARY
The Tribe, under 14th-season head coach Tony Shaver, is 6-6 this season, though two of its wins came against non-Division I foes. William & Mary lost its CAA opener Saturday, when it fell to Northeastern, 84-64, in Boston.

The Dutchmen and Tribe had no common foes during non-league play.

The Dutchmen, who were picked sixth in the CAA preseason poll, enter today ranked 146th at KenPom.com. The Tribe, which was picked third, is ranked 144th.

REPLACING THE MISSING SCORING—AND THEN SOME
The Dutchmen lost a whopping 50.3 ppg from last year’s squad via the graduations of Juan’ya Green (17.8 ppg), Ameen Tanksley 15.9 ppg), Denton Koon (11.4 ppg) and Malik Nichols (5.2 ppg). But they have “found” 55.4 ppg this season via five players who didn’t play for the team last season plus the emergence of sophomore Justin Wright-Foreman.

***The Wright-Foreman average subtracts the 1.2 ppg he averaged last season to better account for the "found" points.

WRIGHT-FOREMAN IS THE FINISHER
Sophomore guard Justin Wright-Foreman continued to thrive in the second half Saturday, when he scored 12 of his 15 points in the final 20 minutes. Of his 155 points this season, 113 have been scored in the second half.

PEMBERTON HITS THE TOP 10
Eli Pemberton, who was the first Hofstra freshman since Antoine Agudio (2004-05) to open his career by scoring in double digits in his first five games, is already the 19th Dutchmen freshman in the CAA era to score at least 100 points in his debut season. He moved past Nathaniel Lester into ninth place on the CAA-era freshman scoring list on Saturday.

SOPHOMORE SURGE
After scoring just 44 points as a freshman, Justin Wright-Foreman has emerged as one of the Dutchmen’s top scorers this season. He was the 27th Hofstra freshman in the CAA era to score fewer than 100 points but already has more points as a sophomore than all but four of his predecessors. Wright-Foreman needs just four points to surpass Gibran Washington’s sophomore season total and 17 to surge past Greg Washington’s sophomore season tally.

BERNARDI CLOSES IN ON 1,000
Senior guard Brian Bernardi, who did not play Saturday, has 972 points in two-plus seasons at Hofstra. He is looking to become the 34th player in program history to reach 1,000 points and the fifth to do so after beginning his career elsewhere.

GUSTYS HITS THE TOP 10
Junior forward Rokas Gustys pulled down 11 rebounds against Delaware to move past Quinas Brower into ninth place on the program’s all-time list with 767 boards. He is 31 rebounds away from surpassing Dave Bell for eighth place.

THINGS YOU CAN SHOUT ON TWITTER IF CALLS GO DO NOT GO HOFSTRA’S WAY
Scrubs bias! (Scrubs creator Bill Lawrence graduated from William & Mary)
The Daily Show bias! (Jon Stewart graduated from William & Mary, where he played soccer)
Daniel Dixon is still here bias! (The guy who smashed our hearts into a thousand little pieces in the 2015 CAA tournament semifinals is somehow only a senior this year)
One of the original five bias! (William & Mary is one of five original Division I programs to never reach the NCAA Tournament, along with Army, The Citadel, Northwestern and St. Francis NY)
Posted by Jerry Beach at 2:28 PM