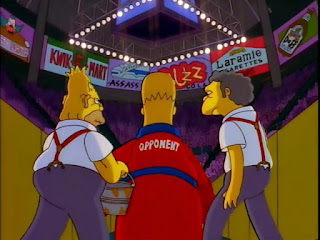 
The slide continued Thursday night for the Flying Dutchmen, who trailed by as many as 25 points in the second half of a 96-80 loss to Elon. It was the fourth straight loss for the Dutchmen, whose road gets no easier today when they visit red-hot defending league champion UNC Wilmington, which is unbeaten in CAA play. Gulp. Here’s a quick look back at the loss to the Phoenix and a look ahead to the Seahawks.

THE MOST RECENT GAME SUMMARIZED IN ONE PARAGRAPH
Deron Powers returned to the starting lineup with a flourish as he scored 21 points and finished with eight assists and just one turnover, but it wasn’t nearly enough as the Dutchmen again trailed nearly wire-to-wire in losing to Elon for the first time ever. Eli Pemberton scored 16 points but turned the ball over seven times while Justin Wright-Foreman added 14 points — all in the second half — and Brian Bernardi chipped in with 13 points, albeit on 5-of-17 shooting. Rokas Gustys continued to struggle as he was limited to eight points and four rebounds while playing only 19 minutes due to foul trouble. The Dutchmen whittled a 25-point deficit down to seven with 4:35 left before Elon ended the game on an 11-2 run. The Phoenix shot a blistering 58 percent from the field overall, including 52 percent from 3-point land.

THE SKID HITS FOUR
With four straight losses, the Dutchmen have lost as many CAA games in the last 11 days as they did all of last season. The losing streak is the longest for the Dutchmen since a five-game losing streak during the 2013-14 season, Joe Mihalich’s first at the helm. The Dutchmen led for just 25 seconds on Thursday and have led for a grand total of 7:24 since Daniel Dixon’s buzzer-beating 3-pointer dropped through the net on Jan. 2.

ROK NOT ROLLING
Junior center Rokas Gustys scored in single digits for the third straight time and the fourth time in five games Thursday, when he was limited to eight points. He has 15 points in his last three games, his fewest over a three-game span since he scored seven points against Towson, Charleston and William & Mary Feb. 18-28, 2015.

OVER THE AIR
Hofstra will provide both a video and radio feed of today’s game at the Pride Productions hub.
SCOUTING UNC WILMINGTON
Gulp.

The Seahawks, under fourth-year head coach Kevin Keatts, are 16-2 this season and 5-0 in CAA play. Their only two losses came against defending Conference USA champion Middle Tennessee State and the ACC’s Clemson,

UNC Wilmington, which is one of three unbeaten teams in the CAA, overcame an early eight-point deficit to rout William & Mary, 101-77. It was the fifth time this season the Seahawks have scored at least 100 points.

The Dutchmen and Seahawks had one mutual foe during non-league play. The Dutchmen fell to St. Bonaventure, 81-75, while UNC Wilmington edged the Bonnies, 81-80.

In CAA play, the Dutchmen and Seahawks have each beaten Delaware while UNCW has defeated Elon and William & Mary, each of whom have beaten the Dutchmen during the latter’s four-game losing streak.

The Dutchmen, who were picked sixth in the CAA preseason poll, enter today ranked 178th at KenPom.com and 203rd in the RPI. The Seahawks, who were picked first, are ranked 41st at KenPom.com and 24th in the RPI. UNCW is also receiving votes in both the AP poll, where it was tied for 34th with three votes last week, and the coaches’ poll, where it was 29th with 12 votes.

Per the wise guys in Vegas, for entertainment purposes only, the Seahawks are 15-point favorites.

The Dutchmen rank third among CAA teams in scoring (78.2 ppg) but are allowing  76.8 ppg, the third-most in the league.

The Seahawks rank first in scoring (87.6 ppg) and are allowing 74.5 ppg, which ranks seventh in the CAA.

ALL-TIME VS. UNC WILMINGTON
Hofstra is 18-17 against UNC Wilmington in a series that began when the Dutchmen joined the CAA prior to the 2001-02 season. The Seahawks took two of three classic meetings last season. UNCW came back from a 20-point first half deficit to edge the Dutchmen, 80-77, at the Arena on Feb. 4 before the Dutchmen returned the favor by storming back from an 18-point first half deficit in an 70-69 victory at Trask Coliseum on Feb. 25. The Seahawks, of course, got the last laugh by overcoming a 12-point second half deficit to earn an 80-73 win over the Dutchmen in the CAA championship game on Mar. 7. *spasms*

HELLO MY FRIENDS WE MEET AGAIN
Today’s game against UNC Wilmington will be the first this season between the Dutchmen and Seahawks. The team that lost the CAA final is 8-6 in the subsequent season’s first rematch. (Drexel did not play VCU in 2012-13 because the Rams left for the Atlantic 10)

REPLACING THE MISSING SCORING—AND THEN SOME
The Dutchmen lost a whopping 50.3 ppg from last year’s squad via the graduations of Juan’ya Green (17.8 ppg), Ameen Tanksley 15.9 ppg), Denton Koon (11.4 ppg) and Malik Nichols (5.2 ppg). But they have “found” 55.4 ppg this season via five players who didn’t play for the team in 2015-16, plus the emergence of sophomore Justin Wright-Foreman.

SOPHOMORE SURGE
After scoring just 44 points as a freshman, Justin Wright-Foreman has emerged as one of the Dutchmen’s top scorers this season. He was the 27th Hofstra freshman in the CAA era to score fewer than 100 points but already has more points as a sophomore than all but one of his predecessors. Wright-Foreman is only eight points away from moving past David Imes and taking the biggest leap of any Hofstra sophomore since 2001-02.

PEMBERTON HITS THE TOP 10
Eli Pemberton, who was the first Hofstra freshman since Antoine Agudio (2004-05) to open his career by scoring in double digits in his first five games, is already the 19th Dutchmen freshman in the CAA era to score at least 100 points in his debut season. Pemberton currently ranks eighth on the CAA-era freshman scoring list.

GUSTYS CLOSES IN ON THE TOP FIVE
Junior forward Rokas Gustys moved up two spots on Hofstra’s all-time rebounding list Saturday, when he pulled down eight rebounds against College of Charleston. Gustys surpassed Roberto Gittens and Barry White to become the sixth-most prolific rebounder in program history. He is 21 rebounds away from moving past Kenny Adeleke and reaching the top five.

THINGS YOU CAN SHOUT ON TWITTER IF CALLS GO DO NOT GO HOFSTRA’S WAY
Let us have something nice bias! (Duh)
One Tree Hill bias! (The addictive CW teen drama — don’t judge me — was shot in Wilmington)
Brett Blizzard bias! (Because he was great, and so is alliteration)
Benny Moss bias! (Because there was a time when UNC Wilmington did not rule the world)
Posted by Jerry Beach at 1:52 PM