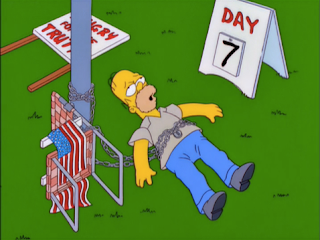 
Thanks to the hectic nature of the week before Christmas—it’s a really crazy time when your wife and Jay Wright share the same birthday!—I never got a Siena “I’ll Be Quirky” up with a recap of the thrashing of SUNY-Stony Brook. So close to non-conference perfection. This is like the five-point loss to Syracuse at the Carrier Dome in 2004 all over again.

Anyway, with #CAAHoops play finally starting up Saturday (whoo hoo!) I thought it’d be a good time to get up the most recent recaps and take care of some odds and ends before the beginning of the conference season. There will be a couple stories up here tomorrow, including the CAA debut of I’ll Be Quirky prior to the Delaware game, so stay tuned!
`
THE GAME BEFORE THE MOST RECENT GAME SUMMARIZED IN ONE PARAGRAPH
The Dutchmen never trailed in dismantling SUNY-Stony Brook 96-58 in the most lopsided beating in the series since SUNY-Stony Brook crawled into Division I. Justin Wright-Foreman led six players in double figures by scoring 22 points for the Dutchmen, who led by as many as 43 points in the second half before taking pity on their undermanned little brothers to the east. Ty Greer (14 points, 12 rebounds) and Rokas Gustys (11 points, 18 rebounds) each recorded double-doubles while Deron Powers had 13 points and seven assists and Brian Bernardi chipped in with 11 points and four assists.

THE MOST RECENT GAME SUMMARIZED IN ONE PARAGRAPH
The Dutchmen got a bit of revenge on Siena for last year’s lopsided loss in Loudonville by cruising to an 84-64 win at the Arena last Thursday night. Deron Powers led five players in double figures by collecting a team-high 21 points and eight assists while committing just one turnover. Justin Wright-Foreman (16 points) continued his emergence as a reliable scorer while Eli Pemberton (13 points), Brian Bernardi (11 points) and Rokas Gustys (10 points) all chipped in Gustys added 15 rebounds and Hunter Sabety had five blocks and six points in just 11 minutes.

BACK-TO-BACK BIG WINS
The Dutchmen have won consecutive games by at least 20 points for the second time in the Joe Mihalich era and the first time since late December 2014, when they beat Long Island University 88-62 on Dec. 28 and Central Connecticut State University 84-56 on Dec. 31.

YEAH BABY
Deron Powers had his best game in a Hofstra uniform last Thursday, when he led the Dutchmen with 21 points and eight assists while playing a team-high 35 minutes in the win over Siena. Powers’ effort marked the 12th time since the 2009-10 season that a Hofstra player has scored at least 20 points and collected at least eight assists. However. he is the first player to reach those figures while committing one turnover or fewer since Chaz Williams scored 20 points and had nine assists and one turnover against Drexel on Feb. 10, 2010.

PEMBERTON HITS THE TOP 10
Eli Pemberton, who was the first Hofstra freshman since Antoine Agudio (2004-05) to open his career by scoring in double digits in his first five games, is already the 19th Dutchmen freshman in the CAA era to score at least 100 points in his debut season. He moved past Shemiye McLendon into 10th place on the CAA-era freshman scoring list last Thursday and is only two points away from surpassing Nathaniel Lester for ninth place.

WRIGHT SOPHOMORE STUFF
After scoring just 44 points as a freshman, Justin Wright-Foreman has emerged as one of the Dutchmen’s top scorers this season. He was the 27th Hofstra freshman in the CAA era to score fewer than 100 points but already has more points as a sophomore than all but five of his predecessors. Wright-Foreman needs just five points to surpass Stephen Nwaukoni’s sophomore season total and 19 to surge past Gibran Washington’s sophomore season tally.