In which I hope Hofstra becomes a Chaminade 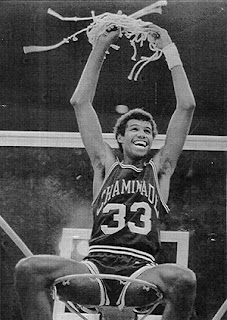 Hell, back in December 1982, when NAIA Chaminade pulled off the biggest upset in college basketball history by beating top-ranked Virginia 77-72 in Hawaii, most of us had no idea the two teams were even scheduled to play. It was Christmas week, no television network was airing the game and only one non-Hawaiian newspaper staffed the game. Also I was nine, so who paid attention to games taking place five hours west?

There was a little more pre-game awareness of the New Jersey Tech-Michigan tilt Dec. 6, 2014, when New Jersey Tech pulled off the biggest upset in recent years with a 72-70 win in Ann Arbor. The game was actually played in the lower 48 states, for one thing. And it took place in the 21st century, where we are a keystroke away from not only learning about an entire night’s schedule of games but watching each one as well.

Still, New Jersey Tech was the nation’s lone independent, which was a fate as anonymous and far removed from the big time today as an NAIA school was 30-something years ago. And there are so many lower-tier Division I schools traveling to BCS powers in exchange for a bottom line-bolstering paycheck over the final six weeks of the calendar year that these games tend to blur together so that it’s difficult to notice any of them.

By these standards, today’s Hofstra-Kentucky game lacks the anonymity required of the underdog to become A Thing. The Flying Dutchmen are a Division I team in a conference that has sent two schools to the Final Four this century. (For the purposes of my #narrative, we will ignore the fact that neither one remains in the CAA)

In addition, the game is going to be played at one of the new hotbeds of college hoops, Barclays Center, and televised live on ESPN—the mothership, not the Deuce, or the Ocho, or the online-only version.

When I started Hofstra in the fall of 1993, the most vaunted opponent we could imagine was one that had just wiped the floor with the Dutchmen — the UNLV Runnin’ Rebels, who throttled the Dutchmen 79-41 during the Dutchmen’s Kung Fu-esque wandering of the land as as an independent in the 1992-93 season. And that UNLV team, a mere three years removed from winning the national title and two years removed from carrying an unbeaten record into the Final Four, didn’t even make the NCAA Tournament.

As I wrote when the Dutchmen faced my childhood favorite team, North Carolina, in 2010, it was inconceivable in the mid-‘90s that the most powerful programs in the land would deign to face Hofstra, a refugee from a conference I may or may not have made up (see, I was way ahead of the whole fake news thing. Litos).

And yet come Sunday night, the Dutchmen will have, in the last eight seasons, faced four of the seven schools that have reached at least 10 Final Fours (Kansas and Louisville in addition to North Carolina and Kentucky). Not bad company, even for only 40 oft-lopsided minutes apiece.

Look, I get that none of these powerhouses were actively seeking a game against Hofstra. Only the Kansas game was scheduled independent of a preseason tournament or showcase event.

As for today, Hofstra was a convenient opponent for a game that was supposed to be played at Nassau Coliseum. The tight relationship between Kentucky head coach John Calipari and Barclays exec Brett Yormark is probably the reason this game is in a Barclays arena (Barclays also owns and operates, or will own and operate, Nassau Coliseum). And I doubt Calipari cared very much about the identity of the team on the other side of the court as he seeks out some New York exposure for his barnstorming show of one-and-dones.

But still, were the Flying Dutchmen as low on the totem pole as they were a generation ago, they would not be drawing these high-profile opportunities. Only two other tri-state mid-majors have played two of the Kansas/Kentucky/Louisville/North Carolina quartet in the last eight seasons: Rider and Hartford.

And perhaps this is #RecencyBias talking, but today offers the best and most easily maximized opportunity for the Dutchmen to become A Thing. Not only does Kentucky look like a terrific bet to reach the Final Four, but the Wildcats remain the most polarizing program in the land outside of Duke (though I rather ruefully respect Calipari, who presided over two vacated Final Four appearances at UMass and Memphis, making a mockery of amateur athletics at a program too blue blooded to ever get the vacated treatment).

If the Dutchmen are close at the half, they’ll become America’s Team. And if they pull off the upset, Hofstra would get the cool boost in publicity — and apparel sales — that New Jersey Tech enjoyed after beating Michigan.

Of course, the Dutchmen have a hard time stopping Sacred Heart, never mind a team filled with a bushel of first-round draft picks. And the margins of defeat against Kansas, North Carolina and Louisville sound like someone’s lucky numbers for the lottery (36, 40, 28), so history suggests we take Kentucky giving 23 and taking the over on 165. (For entertainment purposes only, wink wink)

Plus, the Dutchmen’s two best players, Rokas Gustys and Eli Pemberton, won’t be fazed by going up against the best in the country. Gustys, the nation’s leading rebounder, went to prep school at hoops factory Oak Hill Academy while Pemberton outplayed Kentucky freshman Malik Monk in an AAU game in the summer of 2014

And if all else fails, let’s hope that some cosmic coincidence is a good sign for the Dutchmen. Kentucky was the nation’s top-ranked team until a loss to UCLA last weekend. The Wildcats were replaced atop the polls by Villanova, coached by The Great Jay Wright and the next premier program scheduled to oppose the Dutchmen (assuming Nassau Coliseum is actually rebuilt by Dec. 22, 2017).

We don’t really want to become A Thing at Jay’s expense, Better to do it today.
Posted by Jerry Beach at 3:15 AM