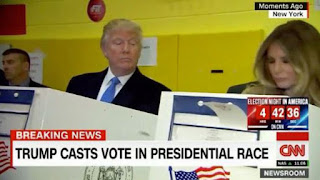 This poll is so bigly. You wouldn't believe how bigly it is.


We all love pre-season conference polls, especially here in the age of #ConstantContent, but I’ve always thought there should be a second pre-season poll conducted after non-conference play but before league play begins. So I decided to do it this season for #CAAHoops by checking in with some of the league’s best writers and superfans.

While there was a lot of movement between October’s poll and today’s, UNC Wilmington is an even more resounding pick to win it all. Unanimous, in fact, and if we’ve learned anything this year, it’s that polls are the most reliable indicator of the American pulse, so therefore, the season should not even be played.

College of Charleston was a pretty solid pick for second and the Drexel-Delaware-James Madison triumvirate a popular pick for the bottom three, but 3 through 7 were the subject of much debate.

Check it out for yourself (vote totals in parenthesis) and then clip, save and forward to your friends. Following the current poll, I’ll also list the CAA’s official preseason poll so that we can compare and contrast.

Lastly, I can largely assure you our balloting was not impacted by nefarious foreign foes/allies, and that the Cold War remains won in this corner of the world.