Postgame Buffet: Hofstra 82, Colgate 59 (Or: All I want for Christmas is a two-game winning streak) 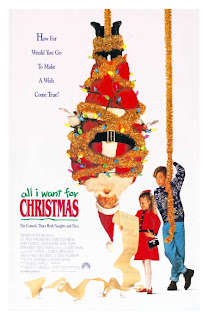 Did you know there was a movie called All I Want For Christmas? Me neither.

Mo Cassara was probably speaking figuratively, not literally, when he described what the Flying Dutchmen’s two-game winning streak heading into Christmas meant to him and the rest of the team. He probably meant a loss to Colgate would leave him obsessing over the state of the Dutchmen during Christmas at his parents’ house in upstate New York instead of enjoying food and football.

Fortunately for the Dutchmen, they removed any doubt from the equation with a dominant second half in a wire-to-wire 82-59 win over Colgate Thursday. “Lets us go home,” Cassara said with a laugh late Thursday night. “Lets us go home. Lets everybody go home.”

While only time will tell if the second half against Colgate propels the Dutchmen to bigger and better things, heading into Christmas off a victory sure beats losing in the last game before Christmas, as the Dutchmen did from 2006 through 2009. Here’s the postgame buffet (eat up, that diet isn’t starting until Jan. 3 anyway):

1.) This was a full circle type of victory for the Dutchmen, who haven’t played this well nor had this many reasons to feel good about themselves since the previous long holiday weekend. Of course, the Dutchmen team that took the court Thursday was far different from the one that knocked off Cleveland State Nov. 26, and Colgate is ranked 203rd in the RPI this morning, a mere 202 spots lower than Cleveland State was when the Dutchmen pulled off the upset win.

But still: It was vital for the Dutchmen to go into Christmas—and their preparations for the potentially defining games against Iona and VCU immediately after the holiday break—with a sense of confidence about the team they will have for the short- and long-term.

The Dutchmen had five players score in double figures the same day the Bryant Crowder saga finally came to a predictable end (Hofstra announced his departure from the basketball team for the ever-vague and ever-handy “personal reasons” via a 14-word press release; that’s 11 more words than games played at Hofstra, for those of you keeping score at home) and Stevie Mejia returned to the bench with an aggravation of the hamstring injury that cost him the better part of four games and three weeks.

Mike Moore had another big game with 24 points, five rebounds and two steals, but in another parallel to Cleveland State, the Dutchmen thrived in the second half even though Colgate focused on shutting down Moore, who drained four 3-pointers and had 19 points in the first half. Yet even with Moore limited to five second half points, the Dutchmen racked up 47 points thanks largely to the quartet of Shemiye McLendon, Dwan McMillan, Nathaniel Lester and David Imes, which combined for 36 points.

McLendon scored 15 of his career-high 17 points in the second half while McMillan finished with 13 points and Lester and Imes had 10 apiece. Getting Lester and Imes into double digits was particularly pivotal: Lester has scored at least 10 points in four straight games immediately after a five-game slump in which he shot just 22 percent. And Imes entered Thursday in the midst of a two-and-a-half game scoreless streak.

“A lot of credit to the whole team, we started to share the ball [when] they played box and one on Mike and once they did that, other guys made some shots,” Cassara said. “Mike obviously got off to a great start today, but when we’ve got other guys in double figures and guys like Shemiye and Dave and Dwan are making shots, we become a much better team.”

2.) The Dutchmen also looked like a much better team once they went to the three-quarters press early in the second half. The constant harassment wore down Colgate, which, a la Long Island in the season opener, had a chance to take the lead on its first possession of the second half before it got blown out of the building.

The Dutchmen forced eight turnovers, outscored Colgate 38-18 in the final 16 minutes and allowed the Raiders to score on just 12 of 34 second half possessions (discounting when they got the ball with 0.7 seconds left). Overall, the Dutchmen recorded 13 steals, their most in almost six years (17 against Georgia State Jan. 5, 2006).

“We turned them over 18 times [overall] and really there were a couple times there we almost had a couple more,” Cassara said. “I thought we really did a good job tonight and our effort and energy was terrific, especially in the second half.

“When we get a few easy baskets, all of a sudden, the game opened up a lot and they can’t just key on Mike and we become a much tougher team to beat.”

3.) In routing the Raiders, the Dutchmen finished off an opponent for the first time since Cleveland State (sorry, Binghamton, we feel bad for you but beating you by 20 doesn’t count). The Dutchmen, of course, squandered large second half leads and lost in crushing fashion in the waning moments to Florida Atlantic and James Madison.

“Actually on the board and [during] a couple timeouts I wrote in big letters [on his clipboard] ‘FINISH,’” Cassara said, evoking memories of how he implored the Dutchmen to complete their win over Cleveland State. “That’s something we have to learn to do. We’ve let a couple games slip away here [that] we had an opportunity to win and we just didn’t execute well enough down the stretch. And this was a step forward for us tonight.”

4.) Mejia will certainly play for Hofstra again, but if he’s out for an extended period of time, Cassara can rest easier (which is to say, rest at all) knowing McMillan is evolving into the Dutchmen’s leader, on and off the court. McMillan put together his first double-double of the year with 10 assists to go along with his 13 points. He also recorded three steals and committed just two turnovers. And McMillan was the architect of perhaps the prettiest play of the season late in the second half, when he faked a Colgate defender, whirled around 180 degrees and threw a behind-the-back pass to Imes, who hit the layup.

In his last five starts in place of Mejia, McMillan has an assist-to-turnover ratio of 26:13. Granted, that number is skewed by Thursday’s stellar outing, but only once in that stretch did McMillan have more turnovers than assists (Wagner).

“I always had the confidence,” McMillan said. “I was just waiting for opportunity. And unfortunately Stevie went down, but I told [the Dutchmen] ‘I got ‘em. I got us.’”

McMillan has also become the vocal leader the Dutchmen have sought since Charles Jenkins graduated. Prior to each of the last two games, it has been McMillan shouting instructions and encouragement during the pre-game huddle.

“In the locker room, on the court, he’s been doing just a tremendous job,” Cassara said. “His message has been great everyday. His energy’s been terrific and he’s instilled a lot of confidence in not only myself but the rest of the team.”

McMillan was clearly still amped up while sitting with Cassara, Moore and McLendon in the interview room. He sat fidgeting at the podium while staring ahead with what even Bobby Knight might dub a “game face” and answered the first question to him—which was about how upbeat the Dutchmen looked all evening—with this classic response:

5.) Perfect segue! Iona is the last and biggest game of the non-conference season for a Dutchmen squad eager to take on the best team in the metro area and prove it wasn’t nearly as bad as it looked in getting waxed by the Gaels by 25 points last Dec. 29.

Cassara couldn’t ask for much more than to enter the Iona game fresh off a pair of convincing wins in which the Dutchmen led for the final 76-plus minutes. That, of course, came immediately after a stretch in which the Dutchmen trailed for 70-plus straight minutes against Wagner and Manhattan. So the only thing predictable about this Dutchmen team is its unpredictability. Still, better to spend a week eagerly anticipating Iona instead of dreading the loaded Gaels.

“For the last week or two, me and D-Mac are really trying to stress to the team ‘This is the game that everybody needs to come out and play [at a] high intensity for so we get that momentum going into conference play,’” Moore said. “Definitely a big game on our schedule.”