Tale of the tape: Hofstra vs. Stony Brook

You will read a lot over the next two days about the long-awaited men’s basketball matchup between our beloved Hofstra and those dastardly, pesky, jaywalking, won’t-give-up-their-train-seat-to-an-elderely-woman-on-the-long-commute-from-Manhattan-into-Stony Brook upstarts from Stony Brook.

Players will be evaluated and coaches will be scrutinized as we try to figure out who will win the first game between the Long Island rivals since before a certain president’s fury over a certain athletic director’s aggressiveness left the two schools glaring at each other over the giant 40-mile wall that was erected to keep the peace.

I’m here to tell you that all that analysis is hogwash. You can find out exactly who is going to win by reading my arduously compiled tale of the tape between Hofstra and Stony Brook. Not only is this a foolproof way of figuring out who will win Friday night, but it is as fair and independent examination as you would read on a team- or league-run site, or see on Fox News. Without further ado!

HISTORY: Hofstra was born in 1935 as a satellite campus for New York University, one of the finest colleges in the entire world. The first building on campus, Hofstra Hall, remains intact at the center of campus. Stony Brook was founded in 1957 in Oyster Bay as the State University of Long Island. Not to say there’s nothing exclusive about being part of the SUNY system, but it reproduces campus at a Duggar-like rate. There’s so many SUNYs, in fact, that I’m pretty sure there’s one in my backyard. (Actually I live in Farmingdale, so there is) Plus, five years after its formation, the campus moved to Stony Brook, which means if there’s a Stony Brook Hall, it’s actually called Oyster Bay Hall, and probably houses Billy Joel’s motorcycles.

Advantage: Hofstra. It’s about time America honor its elders, as well as rewards exclusivity in an everybody-gets-a-medal-or-a-SUNY-campus society.

GEOGRAPHICAL ENROLLMENT DIVERSITY: According to Hofstra’s official website, which would never alter statistics in order to make the school look better, 47 percent of the student body comes from outside New York state. I was among the out-of-state population back in my day, and some of my best friends were from far-flung locales such as Oregon, California and Connecticut.

Per Wikipedia, which is the most reliable source in the entire world for anybody looking for an easy way to confirm his or her biases, only seven percent of the Stony Brook student body comes from outside New York state. So you know that jerk you hated in high school? If you go to Stony Brook, you’ll probably see him or her in your freshman lit class.

Advantage: Hofstra. Where you just might meet the love of your life, who grew up 15 minutes away from campus.

CULTURAL CONTRIBUTIONS: Tired simply of offering conferences that analyzed previous presidential administrations, Hofstra moved on to helping to decide the leader of the free world by hosting debates in 2008 and 2012. Hofstra also dominates pop culture, with pivotal episodes of Everybody Loves Raymond (created by a Hofstra grad) centered around the titular character’s alma mater. Entertainment titans such as Francis Ford Coppola, the Academy Award-winning director of The Godfather films, and Christopher Walken, who had the greatest monologue in movie history 20 years ago this fall, studied at Hofstra.

So he hid the watch the only place he could for seven years, or one year less than it took for Hofstra to play Stony Brook in men's basketball again.

Who went to Stony Brook? According to ever-reliable Wikipedia, a whole bunch of people you’ve never heard of. The band Blue Oyster Cult got its start at Stony Brook, but all anybody remembers about them is the Saturday Night Live skit starring…CHRISTOPHER WALKEN.

Advantage: Hofstra. Sure, John L. Hennessy is the president of Stanford University. But you’ve never seen his face on a bubble gum card, have you? 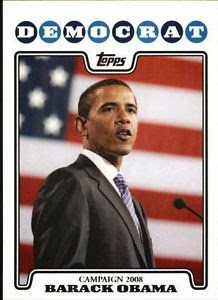 ON-CAMPUS ARENAS: Hofstra’s Physical Fitness Center exhausted its usefulness as a Division I arena long before the 20th century expired. Fortunately, Hofstra rung in the 21st century by opening Hofstra Arena on Jan. 2, 2000, about 15 months after construction began. The first game was a conference tilt between Hofstra and Boston University and the first basket was scored by future NBA star Speedy Claxton.

After decades in Pritchard Gymnasium, which made the PFC look hip and happening. Stony Brook’s new arena opened with a Harlem Globetrotters game on Oct. 4. Not saying the Globetrotters will play anywhere, but they’ll be at Nassau Coliseum on Dec. 28. TWICE. The new arena, by the way, was immediately christened Island Federal Credit Union Arena (say that five times fast, or slow, or however long it takes before you fall asleep). Construction of Island Federal Credit zzzzzzzz was slowed by the poor state and national economy. I believe plans for the arena were originally drawn up around the time Tyrannosaurus Rex began worrying about his long-term viability. As for a practice facility, I am of the understanding that Stony Brook players use Nerf hoops in their dorm rooms. Hey, is a Nerf hoop in a dorm room an impermissible benefit?

Advantage: Hofstra. The benefits of being a private school. I imagine being a state school is beneficial too, since the accompanying checks and balances would make it impossible for a school president to single-handedly get rid of a football program. But that would never happen.

FOOTBALL: Hofstra has sent 22 players to the NFL and currently has four active alums in the world’s most popular sports league. Hofstra grad Wayne Chrebet, who played for the Jets from 1995 through 2005, will be inducted into the Jets’ Ring of Honor on Dec. 1.

Stony Brook has yet to have a single alum play a single down in the NFL. In addition, Hofstra is 13-0 all-time against Stony Brook, which has refused to play the Flying Dutchmen since the 2009 season, even going so far as to avoid scheduling Hofstra even though the two schools are now in the CAA for football. I mean, it’s not like we dropped football or anything asinine like that.

Advantage: Hofstra. Seriously, why would a school with such a rich football tradition cease playing the sport? Absurd. Would never happen.

MEN’S BASKETBALL: Hofstra has sent seven players to the NBA, including the aforementioned Claxton. The Flying Dutchmen have also reached four NCAA Tournaments as a Division I program, including back-to-back appearances in 1976-77—during the school’s fourth and fifth seasons at Division I—and in 2000-01, when the Dutchmen had to win “neutral site” America East tournament games at second-place Delaware before beating Delaware in the title game at home.

As in football, Stony Brook has yet to send any basketball players to the highest professional level. And Stony Brook, which would still be in New Jersey Tech-esque purgatory if not for Hofstra leaving the sinking America East ship and opening a spot in the league for a Long Island-based school, has yet to reach the NCAA Tournament, despite winning the regular season title in three of the last five seasons. Per their alums and/or plentiful excuse-making friends in the media, the reason Stony Brook hasn’t won the America East is because it’s impossible for a favorite to win semifinal games over the home team at a “neutral site” in imposing places such as Hartford and Albany. The America East acquiesced to the wishes of Stony Brook and their many excuse-making friends in the media by deciding to play all tournament games at the site of the higher seed beginning this season. Of course, Stony Brook has lost the last two title games in which it has played, despite being the host team both times.

Advantage: Hofstra. Though Stony Brook only playing in the CBI once nearly tilted this in their direction.

MEDIA COVERAGE: Stony Brook has the local state-run media in its back pocket. Good for the Seawolves. Hofstra gets most of its coverage from a middle-aged blogger who rarely blogs and instead spends most of his time ranting about other stuff on Twitter.

Advantage: Hofstra. Hey you have to support independent media.

WOMEN’S BASKETBALL: Hofstra is 5-1 all-time against Stony Brook, including a 92-65 win in the 2006 WNIT. To be fair, that game WAS at Hofstra. While the Flying Dutchwomen went to the NIT final eight in 2007, Stony Brook didn’t make it back to the NIT again until last season, when it lost at Michigan, 86-48. Big 10? Big deal says Hofstra, which beat 17th-ranked Michigan State in Lansing during the 2006-07 season.

Advantage: Hofstra. But at least neither school has ever played in the WBI, which isn’t related to the CBI but still gives me the shakes.

SPRING SPORTS: Stony Brook has three baseball players in the majors, including Joe Nathan, the active leader in saves, as well as Marlins rotation staple Tom Koehler and promising prospect Nick Tropeano. The Seawolves also made the 2012 College World Series. In addition, the Stony Brook-Hofstra rivalry resumed with a 3-2 walk-off win by the Seawolves in a softball game on Apr. 10.

However, Hofstra is 16-16 all-time against Stony Brook in baseball—not bad for a program that hasn’t sent a player to the majors yet—and 12-3 against the Seawolves in softball. In addition, the Mets hosted both the Hofstra softball team (which had just come within a base hit of the College World Series) and the Stony Brook baseball team on consecutive nights in June 2012. But while the Dutchwomen saw R.A. Dickey throw a one-hit shutout, the Seawolves merely got to see a combined shutout started by Johan Santana.

Advantage: Hofstra. And we didn’t even mention how the bad juju at Stony Brook’s LaValle Stadium cost Hofstra men’s lacrosse a trip to the Final Four in 2006.

FINAL SCORE: Hofstra 10, Stony Brook 0. It is abundantly clear Hofstra will run Stony Brook out of the gym tomorrow night. Because carefully crafted statistics never lie, and God help me if they do.

Email Jerry at defiantlydutch@yahoo.com or follow Defiantly Dutch at http://twitter.com/defiantlydutch.
Posted by Jerry Beach at 5:54 PM