Hofstra vs. Stony Brook: It's about time 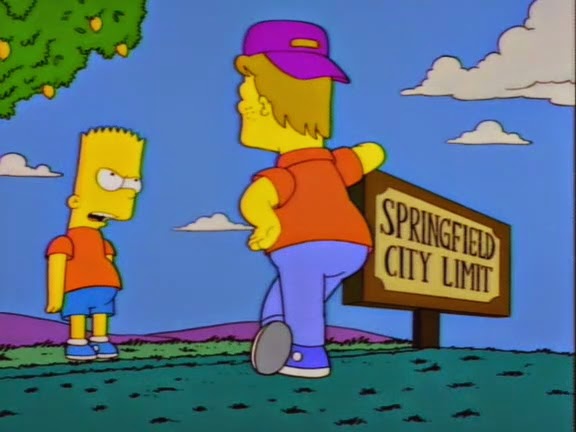 The Hofstra-Stony Brook matchup we all want to see won’t be taking place tonight at the Arena, or any night anywhere in the world at any point in the next one million years.

Which is too bad. Because placing a pair of podiums at the Arena, hiring a massive security force to lock the place down and having a debate (we’ve had those there before, right?) between Stuart Rabinowitz and Jim Fiore to determine who was to blame for the Cold War between Long Island’s only Division I athletic programs would have been a far more entertaining—and, one supposes, embittered—verbal tussle than the ones Barack Obama had with John McCain and Mitt Romney.

Alas, Fiore is no longer at Stony Brook after an ugly departure a year ago this week. And Rabinowitz is as likely to invite me to his house to watch the Super Bowl as he is to ever explain himself for anything.

So we can only go on what we know, particularly as Hofstra fans and alums, and what we know is this: The Cold War did more damage to Hofstra than Stony Brook.

The descent of the Flying Dutchmen basketball program during the Cold War coincided with the rise of Stony Brook’s. So the perception was Hofstra was ducking Stony Brook.

I don’t think that was true: The Dutchmen continued to play the Seawolves even when there was nothing to be gained by doing so in the early 2000s, when Hofstra was trying to establish itself in the better-regarded CAA while Stony Brook took Hofstra’s spot in the America East. Stony Brook even beat Hofstra in consecutive seasons in 2002-03 and 2003-04 (and again in 2007-08), and the world kept spinning.

But still, perceptions can be overwhelming, especially when—sorry—your school drops football while the local rival is trying to upgrade all of its sports.

And Stony Brook, to its credit, has been aggressive in promoting itself as Long Island’s team, and has been successful in convincing the local media of it.

Perhaps Hofstra would have received more beat-like coverage if the Dutchmen fared better the previous three seasons. On the other hand, Newsday hasn’t staffed the CAA Tournament since 2007.

Playing each other once a year in various sports wouldn’t have undone the damage made by the football decision. But perhaps Newsday would have known how to get to Hofstra.

The Cold War also made Hofstra look petty and vindictive, when Hofstra was not that far removed from advancing its athletic program and benefiting greatly because other schools put aside egos and differences for the betterment of an entire league.

It has long been believed Hofstra didn’t want Stony Brook to join the CAA. We finally got some concrete evidence last year thanks to the William & Mary blog Shades of 48, which employed the Freedom of Information Act to get some delicious emails detailing the CAA’s expansion plans and Rabinowitz’s opposition to Stony Brook being invited as an all-sports member.

To be fair, there are plenty of people at Hofstra with whom I am in lockstep on almost everything who are resolute in that Stony Brook shouldn’t be in the CAA. So there may be more to this than just an alpha male battle at the highest levels of two schools.

But still: Embracing a rivalry with Stony Brook, as infuriating as it might have been, would have been a nice acknowledgement of how far Hofstra athletics have come in the last two decades.

Sure, at the very least, Fiore was loud, didn’t pay proper reverence to established programs and demanded his burgeoning department be taken as seriously as everyone else.

You know who else did all of that two decades ago? Joe Gardi. Who coached—you got it—Jim Fiore.

And despite Gardi pissing off everyone in his way and then some, Hofstra managed to get into a football conference in 2001, seven years after the rest of the athletic program was stabilized when the North Atlantic Conference invited Hofstra to join the league in April 1994.

To get into the NAC, Hofstra—an independent left out in the cold when the East Coast Conference basically ceased to exist following the 1991-92 season—had to not only win over the established membership of a long-running conference but also Delaware and Drexel, who exited the ECC before irrelevance set in.

I can’t imagine any of them were all that enamored with the impact Hofstra would have on their basketball aspirations, yet enough of them saw the benefits of enhancing a regional-based league to add the Dutch.

How much better would the Long Island sports scene be if Hofstra and Stony Brook could find a way to co-exist in the same league, or at the very least continue to play each other annually?

Hofstra fans and observers older than me (yes, they exist) swear there was never anything better than the Division III football days, when Hofstra Stadium would be packed for games against nearby schools.

Of the 36 football games to draw more than 6,000 fans to Hofstra/Shuart Stadium, 10 were against the Island-based C.W. Post or Merchant Marine Academy. In addition, there were four other Division III-era games against Iona, Wagner and Post drew at least 5,600.

A common refrain/lament, even when Hofstra was building a I-AA powerhouse in the mid-90s, was that no national power coming to Hempstead would interest Long Island nearly as much as the Dutchmen hosting a school from just down the road. The numbers seemed to support such a theory: Even while playing a schedule filled with big-time I-AA schools, Hofstra drew crowds of 6,000 or more just 19 times following the stadium’s expansion prior to the 1996 season.

We don’t know if the Arena would see a similar surge in attendance over the long haul. But we know how much fun it has been sparring with Stony Brook fans online, and how tonight’s game just feels different than games against other semi-local rivals.

We know the stakes, and how good it will feel if (sorry, when) we win, and can imagine the forced smile and congratulatory message we’d utter through gritted teeth if Stony Brook channeled the 1980 U.S. hockey team and won.

Either way, it’s about time we felt this way. Regardless of who or why we had to wait so long and of who wins tonight, let’s do this again soon, shall we?

Email Jerry at defiantlydutch@yahoo.com or follow Defiantly Dutch at http://twitter.com/defiantlydutch.
Posted by Jerry Beach at 5:56 PM