Hofstra 66, Stony Brook 65 (Or: The One Where We Reminded Everyone We’re #LongIslandsTeam) 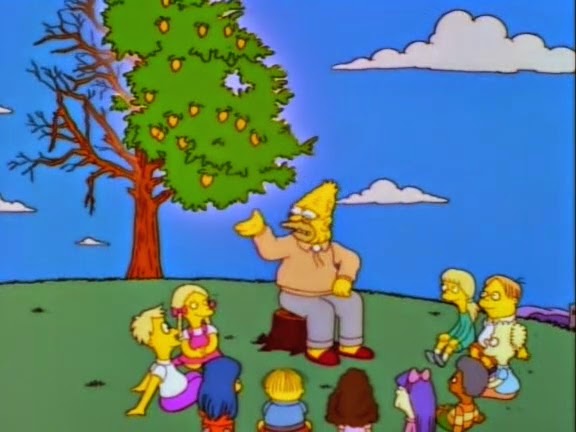 Joe Mihalich regales Hofstra students with tales of how he drove the lemon tree back from Suffolk County.

A rivalry game that spent the previous five seasons on hiatus came down to one shot taken by a player who’d waited six years for an opportunity like this.

Dion Nesmith, the second choice to shoot the ball on the final play for the Flying Dutchmen, jumped—either four feet in the air or 14 feet in the air, depending on the view from the home and road benches—and let go of the ball from just inside the foul line with three seconds left.

The clock dwindled from three seconds to two as the ball hung in the air. The crowd of 2,726 tensed in anticipation, ready to either leap with joy or collapse in disappointment.

A catch-and-throw by Roland Nyama looked halfway decent out of his hand but bounced harmlessly off the right side of the backboard as time expired and the Flying Dutchmen escaped with a 66-65 “Benatar Bowl” win over Stony Brook in an instant classic at the Arena.

Thirty years old this fall. Have a nice day!

“Just a great, great win for us,” Joe Mihalich said afterward. “Anytime you win a game at the buzzer you feel like you win three games instead of one.”

Especially Friday night, in a rivalry resumption game that lived up to the advance billing and then some before it was decided by a player who spent time at three different schools and played two different sports in the time it took for Hofstra and Stony Brook to partake in their Cold War.

“My college career has been very tough over the years,” Nesmith said.

Nesmith went to Northeastern to play football but redshirted during his freshman season in 2009, which turned out to be the last season Northeastern played football. As noted by our friend Vinny Simone of NYCBuckets.com, Friday marked the fifth anniversary of Northeastern’s 2009 season finale.

One day later, it became the program’s finale. Nesmith told The Hofstra Chronicle last week he decided to transfer and play basketball because he couldn’t bear the thought of possibly witnessing the death of another football program.

Nesmith transferred to Monmouth, in his home state of New Jersey. But the NCAA ruled he had to sit out the 2010-11 season because he transferred in order to play a different sport. #ThatsSoNCAA

Monmouth went 22-41 during Nesmith’s two years under King Rice, a head coach who didn’t recruit him, before he graduated and transferred to Hofstra, which went 10-23 last year.

Three years, and twice as many losses as wins. But Nesmith, perhaps sensing this season would be different, requested and was miraculously granted another season of eligibility by the NCAA.

“Coming back this year was a no-brainer,” Nesmith said. “Get another chance to play basketball, something I love to do.”

Nesmith chose to come back even after Mihalich made it clear the plan would likely entail less playing time than he received last year, when Nesmith averaged 13.3 points and 34.6 minutes per game in earning third-team All-CAA honors.

“I’m particularly happy for Dion,” Mihalich said. “He’s got a different role this year. He and I have talked about not starting, but being the finisher. No one finishes the game better than him, hitting a game-winning shot against one of your rivals.”

It was a Jenkins-esque effort in the clutch from Nesmith, who finished with 18 points on 8-of-12 shooting. Six of his baskets gave the Dutchmen the lead, including all five baskets he hit in the second half.

His first basket, a jumper with 13:20 left, completed Hofstra’s comeback from a seven-point deficit and gave the Dutchmen their first lead since the three-minute mark of the first half.

Stony Brook responded with a 3-pointer by Bryan Sekunda, but Nesmith drained another jumper 29 seconds later. The Seawolves eventually retook a seven-point lead, which the Dutchmen erased on consecutive possessions via a 3-pointer by Ameen Tanksley (12 points, seven rebounds) and a four-point play by Brian Bernardi with 3:23 left.

But the Dutchmen didn’t take the lead again until Nesmith’s gorgeous scoop layup along the baseline with 33 seconds left. Stony Brook’s beastly Jameel Warney, who finished with 26 points and 14 rebounds as he ate up a Hofstra interior missing Moussa Kone, responded by scoring over a triple team with nine seconds left to set up Nesmith’s dramatic game-winner, which he shot after first choice Juan’ya Green (22 points) was draped by Kameron Mitchell.

“It was a heckuva game tonight,” Stony Brook coach Steve Pikiell said earlier in the press room. “They drew up a great play. Kid jumped 14 feet in the air, shot it over two guys.”

“I thought it was four,” Mihalich said.

However many feet he jumped, it was enough to drain the shot that won a game Hofstra couldn’t afford to lose.

“Over the years, this kind of game, we would have lost,” Nesmith said. “For me to hit a shot like this means a lot. My team finally gets over the hump.”

The increasing sense of dread that Stony Brook could actually win this game—and not just keep it close—helped ratchet up the intensity in the Arena after an awkward and sludgy first half that felt a lot like the early stages of a heavyweight bout, or the first hour of a high school dance.

When Stony Brook took a 30-25 lead into the half, everyone was invested—the players who acknowledged they never thought that much about their Division I rivals on the Island prior to Friday as well as the fans and coaches.

“Tonight showed how important it is, how much fun it can be for everybody,” Mihalich said.

We thought winning in a rout would have been fun. Walking the emotional tightrope and the euphoria generated by watching Nesmith hit the game-winner and then get swallowed up by his teammates—only two of whom had ever played with him prior to this season—by the old visitors’ bench as the buzzer echoed in the air was even more fun.

“The buildup was great, really fun,” Mihalich said. “Just to be talking about it all week long—felt like a big game three days ago. They should all feel the same. But this one felt a little more special.”

In victory and defeat.

“Gotta give them a tip of the hat,” Pikiell said before a hint of defiance entered his voice.

“They got the home game first. We’ll have ‘em at home next year.”

Email Jerry at defiantlydutch@yahoo.com or follow Defiantly Dutch at http://twitter.com/defiantlydutch.
Posted by Jerry Beach at 2:26 PM