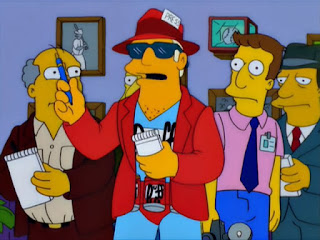 *Commences annual blowing of dust off blog* Hello there, do the logins to this place still work? Apparently they do! Good evening and welcome to the 2018-19 Flying Dutchmen college basketball season! Hope you all enjoyed the baseball season, i.e. the time period in which I preach for the type of patience and sanity out of Mets fans than I rarely display here.

Baseball season is also when I have spend plenty of time digging into the deep and arcane, but as much fun as that is, it pales in comparison to how much I enjoy the shoveling and uncovering that goes on here in “I’ll Be Quirky,” where I unveil stats and trends that are fun and interesting (at least to me) about the Flying Dutchmen. This marks the third year of the feature, and I’ve been pretty consistent with my posts, other than never posting an end-of-season roundup. Maybe that would just bum me out. Perhaps we won’t be bummed out at the end of this season for the first time since 2001!

As I’ve noted in the past, this feature as inspired by Islanders statistician Eric Hornick’s blog, “The Skinny.” Thanks to him for paving the path and to you for reading. The ball is tipped!

WE DON’T KNOW WHERE WE’RE GOING BUT WE SURE KNOW WHERE WE’VE BEEN
This season marks the 83rd season in which the Flying Dutchmen have played basketball. The program is 1,228-949 all-time. No one has played in each of the previous 82 seasons. That kind of stuff only happens with Andrey Seminov at James Madison.

The Flying Dutchmen went 19-12 last season and finished in third place in the CAA with a 12-6 conference mark. But for the second straight season, the Dutchmen went one-and-done in the CAA Tournament, this time with a 93-88 quarterfinal loss to UNC Wilmington (of course) in the quarterfinals.

Junior Justin Wright-Foreman (24.4 ppg) led the CAA and finished fifth in the nation in scoring and won CAA Player of the Year honors during a transcendent season. Senior Rokas Gustys (12.0 rpg) finished second in the CAA in rebounding, and third in the nation, as he became the first player in program history to lead the team in rebounding in four straight seasons.

THE WRIGHT-FOREMAN STUFF
Justin Wright-Foreman became the fourth Hofstra player to win CAA Player of the Year honors. He follows in the footsteps of Loren Stokes (2006-07), Charles Jenkins (2009-10 and 2010-11) and Juan’ya Green (2015-16). The five player of the year awards for Hofstra are the most for any CAA program since the 2001-02 season.

In addition, by scoring 29 points in the season-ending loss to UNC Wilmington, Wright-Foreman extended his streak of double-digit scoring efforts to 53 straight games, the second-longest streak by a Hofstra player since 1989-90 (as far back as my records go, at least at home). The only player with a longer streak in the last 29 seasons is Charles Jenkins, who ended his career by scoring in double figures in his final 58 games for the Dutchmen. In addition, Wright-Foreman’s streak is the fourth-longest active streak in Division I, per Hofstra SID Stephen Gorchov.

RACING UP THE CHARTS
Justin Wright-Foreman became the 36th member of Hofstra’s 1,000-point club on Jan. 7. He surged all the way up to 13th by the end of the season and enters tonight 34 points away from surpassing Rick Apodaca for 12th place.

NUMBER THREE IS NUMBER FIVE
Justin Wright-Foreman scored 755 points last season, the fifth-most in a single season in program history and the second-most in the Division I era behind only all-time leader Rich Laurel, who scored 908 points during the 1976-77 season.

PEMBERTON’S PACE
Eli Pemberton finished second on the Dutchmen in scoring (15.9 ppg) as a sophomore and has 873 points, which compares favorably with the numbers produced through two seasons by the four most recent members of Hofstra’s 2,000-point club: Charles Jenkins, Antoine Agudio, Loren Stokes and Speedy Claxton.

WELCOME BACK
In addition to Wright-Foreman, Pemberton and Ray, senior Kenny Wormley, junior Desure Buie, junior Connor Klementowicz and sophomores Matija Radovic and Stafford Trueheart return to the Dutchmen, Buie led the Dutchmen with 3.3 assists per game while Wormley averaged 4.0 ppg. Trueheart averaged 3.8 ppg and 2.6 rpg while leading the Dutchmen with 24 blocks. The returnees combined to score 1,921 points, which represented 78 percent of the Dutchmen’s total last year, and played 4,657 minutes, which represented 74.8 percent of the Dutchmen’s total playing time.

GOODBYE TO YOU
The Dutchmen bid goodbye to three members of last year’s team. Senior Rokas Gustys, Hunter Sabety and Joel Angus III all graduated. Gustys, who earned second-team All-CAA honors, finished his career with 1,305 rebounds, the second-most in school history behind only Bill Thieben (1,837) and the most by a Hofstra player in the Division I era. Gustys’ rebounds were the second-most in CAA history, just nine behind Hall of Famer David Robinson (1,314 rebounds for Navy from 1983-87). In addition, Gustys finished with 48 double-doubles, two more than all Dutchmen players had combined in the five seasons prior to his arrival on campus in the fall of 2014.

MY NAME IS…
The Dutchmen welcome four new players: Graduate seniors Dan Dwyer and Jacquil Taylor, junior transfer Tareq Coburn and redshirt freshman Kevin Schutte In addition, sophomore Isaac Kante has joined the program from Georgia and will sit out this season per NCAA transfer rules, while freshman Hal Hughes is expected to redshirt as well.

Dwyer averaged 0.8 points per game in 55 games the previous four seasons at Penn. He is the second Ivy League graduate to play a graduate season for Joe Mihalich at Hofstra. Perhaps Dwyer will provide a Denton Koon-like impact, minus the untimely technical foul in the CAA championship game! #NotOverIt Taylor averaged 1.9 ppg over 38 games in three seasons with Purdue, for whom he played in the NCAA Tournament last year. His uncle is Lamar Butler, who played on George Mason’s fraudulent Final Four team. #NotOverIt At least his uncle isn’t Tony Skinn? Coburn sat out last season after transferring from St. Bonaventure.

THIRD PICK IS THE CHARM?
The Dutchmen were picked to finish third in the CAA’s preseason poll of league coaches, sports information directors and media members.

This is the second time since the Dutchmen have been picked to finish third in the CAA. The 2014-15 team was picked third, finished fifth and fell in double overtime to William & Mary in the CAA semifinals. #NotOverIt

Since the Dutchmen joined the CAA in 2001-02, only three teams picked third in the preseason poll have advanced to the NCAA Tournament. But those three teams were three of the most iconic in CAA history. George Mason finished second in 2005-06, lost to Hofstra in the CAA semifinals yet was given an at-large bid by athletic director Tom O’Connor and crotch punched its way to the Final Four. #NotOverIt VCU finished fourth in 2010-11 and fell in the CAA championship game before earning an at-large bid and driving Jim Larranaga from the conference by reaching the Final Four. VCU was also picked third the next season, when it finished second in the regular season and won the conference championship at “neutral” Richmond Coliseum. The median regular season finish for the team picked third has been fifth place (technically, 4.88th place).

Justin Wright-Foreman was named the preseason CAA player of the year and was also placed on the watch list for the Jerry West Award, which is presented annually to the best shooting guard in the country. Eli Pemberton earned second-team All-CAA accolades.

MIHALICH AT THE HELM
Joe Mihalich begins his 21st season as a Division I head coach and his sixth at Hofstra tonight. He is 353-279 as a head coach, including 88-76 at the helm of the Dutchmen. Mihalich’s 353 wins are the 181st most all-time. Among the coaches he surpassed last season: Hofstra legend Butch van Breda Kolff (346).

Mihalich’s .537 winning percentage at Hofstra ranks seventh among the school’s 13 all-time head coaches. He ranks eighth on the program’s all-time win list and is 13 wins shy of moving past Jack McDonald into seventh place and 15 wins away from surging past Dick Berg into sixth place.

SEASON OPENERS
Hofstra has won its last four season openers and is 47-35 all-time in season openers. The Flying Dutchmen are opening at home for the sixth straight season.

MOUNT ST. MARY’S AND THE NORTHEAST CONFERENCE
The Flying Dutchmen are 4-4 all-time against Mount St. Mary’s, though the two schools have not opposed each other since way back in the 1962-63 season, when the Dutchmen recorded a 75-74 win in the season opener. Even I was not around for that. Once tonight’s game tips off, the Division I foe Hofstra will have gone longest since last facing will be another Maryland-based school—Maryland-Eastern Shore, whom the Dutchmen last faced during the 1964-65 season.

Mount St. Mary’s finished 18-14 (12-6 Northeast Conference) and tied for second in the NEC last season. Head coach Jamion Christian departed after the season for Siena, another 2018-19 Dutchmen foe. The Mountaineers have just one upperclassman — graduate transfer K.J. Scott — and were picked to finish last in the 10-team NEC under first-year head coach Dan Engelstad.

Mount St. Mary’s opened its season Tuesday with a 105-55 loss to North Carolina State. The Mountaineers and Dutchmen have three common foes — Marshall, Maryland and North Carolina A&T, all of whom are participating in one of those confusing early-season tournaments that has no bracket. Mount St. Mary’s is ranked 329th at KenPom.com.

Speaking of KenPom.com, he predicts an 82-68 win for the Dutchmen. Per the wise guys in Vegas, for entertainment purposes only, the Dutchmen are 12-point favorites tonight. The Dutchmen were 13-13-1 against the spread last season. As Dad always says, the house always wins.

Hofstra is 112-58 all-time against current Northeast Conference members. This is the Dutchmen’s first game against an NEC foe since Nov, 15, 2016, when Sacred Heart earned a 90-86 win. Last season’s NEC-less schedule snapped a streak of seven straight seasons in which the Dutchmen faced at least one NEC school.

THINGS YOU CAN SHOUT ON TWITTER IF CALLS GO DO NOT GO HOFSTRA’S WAY
Jim Phelan bias! (The Mount legend coached at the school for a whopping 49 seasons and recorded 830 wins, including 179 in 15 seasons after the school moved to Division I in 1988-89)
Jamion Christian bias! (He also graduated from the school)
Bobby Flay bias! (The Food Network host shot an episode with Mount St. Mary’s priest and seminary professor Father Leo Patalinghug in 2009)
You’ve won more NCAA Tournament games than we have bias! (The Mount won play-in games in 2008 and 2018)
Posted by Jerry Beach at 5:40 PM