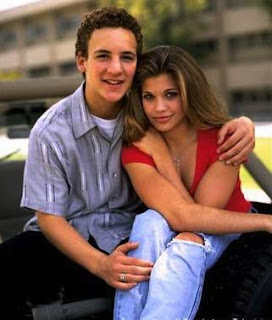 Because how often do you get to reference Boy Meets World, which debuted the same year I arrived at Hofstra? Not enough, I tell you.

The Flying Dutchmen closed out the tournament that wasn’t really a tournament last Friday night, when they led Maryland at halftime before falling to the Terrapins, 80-69. The Dutchmen will look to head into Thanksgiving on a winning note tonight, when they host Cal State Fullerton at the Arena. Here’s a look back at the loss to Maryland and a look ahead to the Titans.

THE MOST RECENT GAME SUMMARIZED IN ONE PARAGRAPH
Justin Wright-Foreman scored a game-high 27 points for the Dutchmen, who led by six at the half and as many as eight early int he second half before falling victim to Maryland and 8-on-5. The Terrapins mounted a 21-5 run after the Dutchmen took their final eight-point lead and iced the game with a 16-7 run later in the second half. Tareq Coburn (10 points) hit double-digits for the first time with the Dutchmen and Eli Pemberton added 10 points as well. Jacquil Taylor was limited to 20 minutes by foul trouble but had five rebounds and a plus/minus of minus-2 during his time on the court.

DOUBLE DIGIT JWF
By scoring a game-high 27 points Friday night, Justin Wright-Foreman extended his streak of double-digit scoring efforts to 57 straight games, the second-longest streak by a Hofstra player since 1989-90 (as far back as my records go, at least at home). The only player with a longer streak in the last 29 seasons is Charles Jenkins, who ended his career by scoring in double figures in his final 58 games for the Dutchmen. Which means, if my math is correct, Wright-Foreman can tie Jenkins tonight. In addition, Wright-Foreman’s streak is the fourth-longest active streak in Division I, per Hofstra SID Stephen Gorchov.

JWF IS A TOP TEN HIT
With his 27 points Friday, Justin Wright-Foreman remained in 10th place on the all-time Hofstra scoring list. To be fair, he needed to score 196 more points to move up the list and pass Norman Richardson for ninth place.

COBURN EMERGES
Tareq Coburn, who transferred from St. Bonaventure following his freshman season and sat out last year, made his first impact with the Dutchmen last Friday by scoring 10 points and pulling down three rebounds in 23 minutes. Coburn had just four points and two rebounds over 26 minutes in his first three games in a Hofstra uniform.

CAL STATE FULLERTON AND THE BIG WEST
This will be the first meeting in men’s basketball between Hofstra and Cal State Fullerton. The only Hofstra team to ever face Cal State Fullerton is the women’s volleyball team, which is 1-3 all-tie against the Titans. The Dutchwomen earned that win in the most recent meeting between the teams on Aug, 26, 2005.

Cal State Fullerton is 2-3 this season and is coming off an 87-63 win over Monmouth, which happens to be the only mutual foe this season for the Dutchmen and Titans. The Dutchmen host Monmouth Dec. 5.

Cal State Fullerton, which won the Big West last season, was picked to finish second in the conference this season. Senior guards Khalil Ahmad (23.4 ppg) and Kyle Allman Jr. (17.5 ppg) were selected to the preseason all-Big West team and are the lone Titans averaging in double figures this season. Allman was a high school teammate of Justin Wright-Foreman and the two remains close friends, as the great Howie Kussoy wrote for the New York Post last weekend.


You got rid of football long before us bias! (Cal State Fullerton dropped its Division I football program, presumably because the school didn’t like free publicity, in 1992)