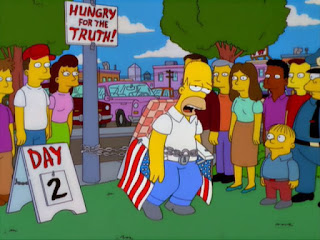 
Hello! Is this thing on? *blows dust off, coughs, sneezes* Good afternoon and welcome to the 2017-18 Hofstra men’s basketball season! Our favorite wintertime obsession begins tonight, when the Flying Dutchmen open the 17th straight Quixotic pursuit of the fifth NCAA Tournament in program history by hosting Army at the Arena.

And for the second straight year, hopefully, I’m going to produce “I’ll Be Quirky,” a collection of interesting (at least to me) stats and figures reviewing the Dutchmen’s most recent game and previewing their next one. I did pretty well last year, let’s see if I can make it 2-for-2.

As I noted last season, this blog is my Hofstra version of “The Skinny” blog produced by Islanders statistician Eric Hornick. Thanks to him for the inspiration and to you for reading. Play ball! Wait. Wrong season.

WE DON’T KNOW WHERE WE’RE GOING BUT WE SURE KNOW WHERE WE’VE BEEN
The Flying Dutchmen finished last season 15-17 (7-11 CAA) and were eliminated from the CAA Tournament with an 81-76 first-round loss to Delaware. The Dutchmen fell under .500 for good in the midst of a six-game losing streak on Jan. 14, though they got within one game of the break-even mark five times. The losing season was the first for the Dutchmen since 2013-14 and only the fifth in 19 seasons as a head coach for Joe Mihalich.

Sophomore Justin Wright-Foreman (18.1 ppg) led the Dutchmen in scoring — a remarkable feat for someone who scored just 44 points as a freshman — while junior Rokas Gustys (12.1 rpg) led the team in rebounding for the third straight season.

THE WRIGHT-FOREMAN STUFF
Justin Wright-Foreman earned second-team All-CAA honors after ranking third in the league in scoring. He led the Dutchmen in scoring in the final 12 games of the season, the longest streak by a Hofstra player in the last 10 seasons. In addition, his 580 points were the second-most by a Hofstra player in his sophomore year in the CAA era (2001-present), behind only Charles Jenkins (629 points in 2009-10). Wright-Foreman also ranked 25th nationally in scoring among sophomores.

ROK IN THE MIDDLE
Despite missing four games due to injury and averaging nearly a rebound fewer per game than in 2015-16, Rokas Gustys surged into third place on the program’s all-time rebound list last season and enters this year 254 rebounds shy of second-place John Irving, whose 1,186 boards are the most by a Hofstra player in the Division I era. Gustys is also looking to become the first player in program history to lead the team in rebounding in four straight seasons. Kenny Adeleke was the last player to lead the Dutchmen in rebounding three straight seasons.

ELI’S BIG DEBUT
Eli Pemberton earned CAA all-rookie team honors last season, when he averaged 12.8 points per game while starting 30 out of 31 games. His 397 points were the fourth-most by a Hofstra freshman in the CAA era. Pemberton began his career by scoring in double digits in five straight games, the longest streak by a freshman since Antoine Agudio in 2004-05.

WELCOME BACK
In addition to Wright-Foreman, Gustys and Pemberton, senior Hunter Sabety, redshirt sophomore Desure Buie and sophomore Connor Klementowicz return to the Dutchmen. Sabety averaged 4.1 points and 4.5 rebounds per game while becoming one of just three Dutchmen to play in all 32 games. Buie averaged 2.8 points and 2.1 rebounds in eight games before suffering a season-ending knee injury. He was injured in the final game in which he could participate and still use a redshirt season.

This is the second time since the Dutchmen have been picked to finish fourth in the CAA. The 2005-06 team was picked fourth, finished third and advanced to the quarterfinals of the NIT (yay/boo).

Since the Dutchmen joined the CAA in 2001-02, only one team picked fourth in the preseason poll has won the league tournament and advanced to the NCAA Tournament (Delaware 2013-14). The median regular season finish for the team picked fourth has been fourth place (technically, 4.38th place).

WELCOME TO THE BIG TIME YOU’RE BOUND TO BE A STAR
Redshirt freshman Stafford Trueheart and true freshmen Matija Radovic, Jalen Ray and Kevin Schutte are expected to suit up for the Dutchmen for the first time tonight. Here are some notable debuts by Hofstra freshmen in the CAA era (2001-present):

MIHALICH AT THE HELM
Joe Mihalich begins his 20th season as a Division I head coach and his fifth at Hofstra tonight. He is 334-267 as a head coach, including 69-64 at the helm of the Dutchmen. His .519 winning percentage ranks seventh among Hofstra’s 13 all-time head coaches. He is 17 victories shy of surpassing Roger Gaeckler for eighth place on the program’s all-time win list.

SEASON OPENERS
Hofstra has won its last three season openers and is 46-35 all-time in season openers. The Flying Dutchmen are opening at home for the fifth straight season.

ARMY AND THE PATRIOT LEAGUE
The Flying Dutchmen are 7-5 all-time against Army, though the two schools have not opposed each other since the 1995-96 season, when Hofstra earned an 82-58 win over the visiting Black Knights.

THINGS TO TWEET IF THINGS DON'T GO HOFSTRA'S WAY
You used to be the Cadets bias! (I thought they still were, until about five minutes ago)
Frustrated four bias! (Army is one of four original D-I programs, along with St. Francis NY, The Citadel and our friends at William & Mary, to never make the NCAA Tournament)
Coach K & Bobby Knight got their starts there bias! (Duh)
Doc Blanchard bias! (The Heisman Trophy winner led Army to three straight titles from 1944-46)
Posted by Jerry Beach at 3:25 PM