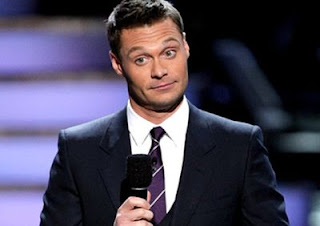 Ryan Seacrest seems as surprised as I am that he's in one of my posts.


The dream of an unbeaten season got off to the only start it could Friday night, when the undermanned Flying Dutchmen held off Army, 77-74, at the Arena. The Dutchmen will look to make it two in a row tonight, when they host Kennesaw State. Here’s a look back at the Army win and a look ahead to Kennesaw State.

THE MOST RECENT GAME SUMMARIZED IN ONE PARAGRAPH
Justin Wright-Foreman did Justin Wright-Foreman things as he scored 16 of his game-high 25 points and pulled down the rebound after Army’s last-second 3-pointer was off the mark. All of Wright-Foreman’s second half points either tied the game or put the Dutchmen ahead. He also finished with six rebounds and a team-high five assists. Desure Buie, playing his first game since he suffered a season-ending knee injury last Nov. 29, scored the Dutchmen’s final seven points and ended the night with 12 points. Joel Angus (13 points, eight rebounds) and freshman Jalen Ray (10 points, two assists) had solid debuts. Rokas Gustys pulled down a game-high 12 rebounds but was limited to six points. Three players—Eli Pemberton, Stafford Trueheart and Kenny Wormley—sat out due to a violation of team rules.

WE LOVE THE LEADER!
Justin Wright-Foreman led the Dutchmen in scoring for the 13th straight game, which, according to the dual research efforts of myself and Hofstra SID Stephen Gorchov, is the longest streak — single season or multi-season — in Hofstra’s Division I era (1972-present).

RAY OF LIGHT
Jalen Ray became the second freshman in as many years, and the 10th Hofstra freshman in the CAA era (2001-present), to score at least 10 points in his Dutchmen debut.

Ray is looking to become the fifth Hofstra freshman in the CAA era to open his career with back-to-back double-digit scoring efforts.

NO ANGUISH FOR JOEL
Joel Angus became the ninth transfer in the Joe Mihalich era (2013-present) to score at least 10 points in his Hofstra debut. He is the 18th transfer since 1991 to reach double digits in his first game with the Dutchmen.

KENNESAW STATE AND THE ATLANTIC SUN
Kennesaw State opened its season Friday with an 82-64 loss to Butler. The Owls were picked to finish fifth in the eight-team Atlantic Sun and entered today ranked 298th at KenPom.com. Their head coach is Al Skinner, who went 1-1 against Hofstra as the head coach at Rhode Island from 1988 through 1997. Hofstra and Kennesaw State have no mutual opponents this season.

The Dutchmen have never faced Kennesaw State in any sport.

Hofstra is 3-4 all-time against current Atlantic Sun schools. The Dutchmen last faced an Atlantic Sun opponent Nov. 14, 2014, when they opened the season with a 94-61 win over Jacksonville.

THINGS YOU CAN SHOUT ON TWITTER IF CALLS GO DO NOT GO HOFSTRA’S WAY
Ryan Seacrest bias! (Per Wikipedia, Seacrest attended Kennesaw State)
Something something Seymour Skinner bias! (C’mon)
Extreme Makeover bias! (Per Wikipedia, Ty Pennington attended Kennesaw State)
Owls bias! (That’s their nickname and I don’t have much here)
Posted by Jerry Beach at 7:25 PM