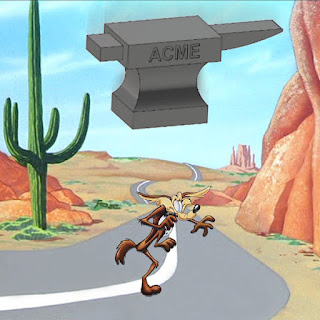 This is a preview of Wednesday.

That was a fun way to spend a Monday afternoon, wasn’t it? The Flying Dutchmen moved into the winner’s bracket of whatever the heck the Gulf Coast Showcase is (it’s not a Gazelle Group tournament, but it sure feels like one—the Dutchmen play Division II Medaille College in an opening round game on Friday, which is two days after the tournament ends, I don’t even know) when Deron Powers pulled a Danny Ainge and drove the length of the court to hit the tie-breaking layup with less than a second left to lift the Dutchmen to a 92-90 win over Bradley.

The much-needed win--look, I could point out Bradley hit its last five shots and nearly doubled the points it produced in a loss against supposed CAA bottom-feeder Delaware, but beggars can't be choosers—evens the Dutchmen’s record at 2-2 and provides some momentum after a rough week.

Of course, since I’m a Hofstra fan, I didn’t waste much time until I began anticipating our next misery. Not tomorrow, when the Dutchmen face old NAC/America East friend Vermont (and former Dutchmen Darren Payen, who is now a senior at Vermont) at 5:30 PM.

I’m talking Wednesday, when the Dutchmen are sure to play, in either the championship game or third-place game, an opponent guaranteed to dredge up terrible memories we’d hoped were repressed forever.

I suppose I should point out that technically, the Dutchmen could face Houston or South Dakota, a pair of opponents Hofstra has never played in men’s basketball. But come on. You’ve been doing this long enough to know we’re not going to have an agita-free foe on Wednesday night.

You’ve been doing this long enough to know the Dutchmen are going to face George Mason or Kent State.

George Mason is the name that makes Hofstra fans of all ages and demeanors spew Tarantino-esque profanities. Look, we all know what happened 11 seasons ago. No need to revisit it. Nah let’s revisit it. No let’s not. Yeah let’s revisit it HELL DAMN FART THAT FINAL FOUR RUN WAS A FRAUD AND WE ALL KNOW IT WE WOULDN’T HAVE MADE THE FINAL FOUR BUT WE DESERVED THEIR SPOT

But while facing George Mason Wednesday would drum up bad memories, they’d be more of the long-ago bad breakup variety. Time has lessened some of the throb. Losing to George Mason would sting in the way it stings a mayor when his team loses The Big Game and he has to send 1,000 pounds of the finest local delicacy to the mayor of the winning team’s town. (None of you Mason frenemies are getting 1,000 pounds of bagel, or even one bagel, so forget about it)

We’ll always hate George Mason then, but it’s hard to be mad at George Mason now. Jim Larranaga and Tom O’Connor are thankfully long gone, preceded of course by all the players from the 2006 team, all of whom we loathe except Lamar Butler, who is too damn nice to loathe.

In proof that society was off the rails long before 2016 unfolded, Tony Skinn—the most loathsome member of that team, the one who made such unvarnished contempt possible—is actually coaching college basketball at Louisiana Tech under former Larranaga assistant Eric Konkol. Turns out Tony is thin-Skinned enough on Twitter to run for President. 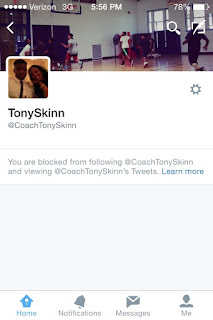 Plus, not only are the Patriots not even in the CAA anymore, they are a giant that has been completely cut down. They were ground into dust post-Larranaga by Paul Hewitt and are now trying to climb out of the bottom of the A-10, which, ask Fordham, is hard to do, even under a coach who seems to elicit universal respect like Dave Paulson.

And in one of the great unexpected plot twists of all-time, I probably get along with more George Mason fans than fans of any other school Hofstra’s ever competed against. I can’t tell you how many Mason fans told me they were rooting for the Dutchmen in the CAA title game (hmm, maybe they were reverse hexing me?). Given Hofstra’s all-too-recent struggles, the bottoming out of the Patriots has elicited far more sympathy than schadenfreude.

Speaking of Hofstra’s all-too-recent struggles and schadenfreude, there’s Kent State. And more specifically, since we otherwise have nothing against a program that gave the world Hall of Fame-bound tight end Antonio Gates and has faced the Dutchmen just once before, there’s Jimmy Hall.

At least the George Mason screw job was perpetuated from the outside (nearby outsiders, but outsiders nonetheless). Former Dutchmen power forward Jimmy Hall was a “the call is coming from inside the house” villain.

I’ve avoided writing his name here for almost four years, but for the sake of putting my SEO skills to use, and maybe drawing some people unfamiliar with the true #narrative of how Jimmy Hall iPad thief ended up at Kent State, this is a reminder that Hall and three other teammates not worth mentioning were arrested Nov. 30, 2012 for stealing every Apple product not locked down at Hofstra.

The scandal made Hofstra a national punchline, decimated the program in a way that was previously unimaginable and got a bunch of good men fired. The Dutchmen are back to being at least pretty good, but those scars will never fully heal.

The three friends of Jimmy Hall arrest saw their college basketball careers peter out the way they should have after squandering a terrific Division I opportunity. One is still playing NAIA ball. One played one year of Division II ball. The other one, amazingly, played at two more Division I schools and got two more Division I coaches fired. Usually players that do that are pretty good on the court, alas.

Hall, by far the best player of the four, landed on his feet at Kent State, where he has apparently made the most of his second chance by staying out of trouble, twice being named to the All-MAC team and leading the Golden Flashes to a 3-0 record thus far this season.

That’s all well and good, I suppose. If you are an impartial observer, it’s probably a nice story of how Hall rebuilt his life and put himself in position to get a degree and play professional basketball.

So you know what’s happening. Look skyward. Here comes the other shoe, except it’s probably an anvil.