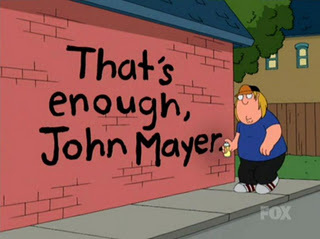 I would normally post a video in this space but I am not posting a John Mayer video, even if he played a passable guitar on "This Is The Time" during Billy Joel's "Last Play at Shea" concert.

Hello and welcome to the second edition of I’ll Be Quirky (hey! continuity!). The Flying Dutchmen, fresh off a nail-biting 74-72 win over Coppin State in Friday’s season opener, navigated the hell on Earth that is I-95 to visit Sacred Heart tonight at 7 PM. Here are some quirky facts to get you ready for the tilt.

OVER THE AIR
Sacred Heart will stream the game here. The WRHU broadcast is also available by clicking here.

GOING FOR SECONDS
The Dutchmen are looking to go 2-0 for the second straight season but just the third time in the CAA era (2001-present) and the 27th time in program history.

SACRED HEART AND THE NEC
Hofstra is 5-2 all-time against Sacred Heart. In the most recent meeting last Dec. 28, the Dutchmen came back from an 11-point second half deficit to beat the Pioneers, 80-73. This will be just the third meeting between the schools, and the first at Sacred Heart, Sacred Heart moved to Division I prior to the 1999-2000 season. The two teams met every year from 1969-70 through 1973-74.

Hofstra is 112-57 all-time against current Northeast Conference members. This will be the seventh straight season the Dutchmen face at least one NEC school.

ELI ENCORE!
Freshman Eli Pemberton was named the CAA rookie of the week after he scored a team-high 20 points to lead the Dutchmen to a 74-72 win over Coppin State. The 20 points were the most by a Hofstra freshman in his debut since Antoine Agudio scored 20 against Florida International. Pemberton is the ninth freshman to score at least 10 points in his debut in the CAA era.

However, only three Hofstra freshmen in the CAA era have opened their careers by scoring at least 10 points in their first two games:

SMOOTH TRANSFER
Senior Deron Powers, who played his first three seasons at Hampton before transferring to Hofstra, scored 12 points against Coppin State on Friday. He is the 14th transfer in the CAA era to score at least 10 points in his Dutchmen debut. All 14 have performed the feat since 2008.

Powers will be looking to become the seventh transfer to open his Hofstra career by scoring at least 10 points in each of his first two games.

BOUNCING BACK BERNARDI?
Senior Brian Bernardi hit six pivotal free throws Friday but went 0-for-9 from the field. He was the eighth player in the last five seasons to go 0-fer from the field (minimum six field goal attempts).