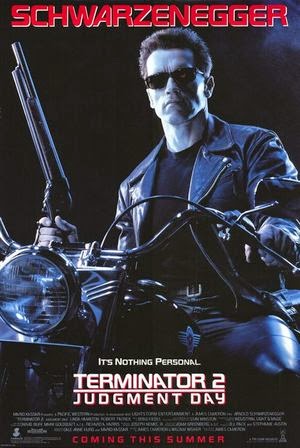 I saw this movie at a drive-in. GOOGLE IT DRAGONS SPEAK!

Hello and welcome to the 2015 edition of “Just The Facts,” the sorta-annual pre-CAA Tournament series in which I dispense with my usual witty verbiage (snort) and present to you the key data in a Hofstra-related topic. We’ll stick with the Terminator theme, since the Flying Dutchmen won a tourney game with it last year!

Anyway, there’s a few topics to sink our teeth into this year, so let’s get right to it. On Saturday, the Flying Dutchmen will open (but hopefully not close) CAA Tournament play against James Madison. The Dukes swept Hofstra this season, so that of course got me wondering about a familiar storyline at this time of season: How does a team fare when it’s facing a team it has already beaten twice? Or, in this case, lost to twice?

The news is not good for Hofstra, but it might be getting better. Since the CAA expanded to include the America East four in 2001-02, teams that went 0-2 in the regular season against a tournament foe have gone just 14-39 in the third game. That’s a winning percentage of just .264. Welp.

However, an 0-2 team has won the last three re-rematches, including two last night, when Elon and College of Charleston beat Towson and Drexel in the out bracket games. Whoo hoo!

Here are the results, with the 2-0 team listed first. Mostly because I’ve done this when Hofstra is the 2-0 team and I already had the data presented as such.

However, the news is a bit better when simply discussing Hofstra’s experience as the team that was swept during the regular season. The Dutchmen, as noted above, have accounted for two of the 12 wins by 0-2 teams and are a solid 2-3 in these tourney re-rematches since joining the CAA.

Dating back to their days in the ECC, the Dutchmen are 3-9 (.333) when facing a team in a conference tournament that swept them during the regular season. The full list: