So why did the CAA throw such a parity party this season? 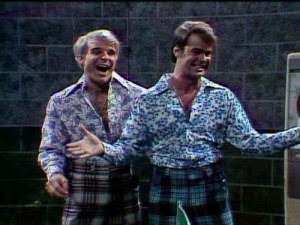 The mascots for this season and this weekend?

By any measure—statistical or the eye test—the 2015 CAA regular season was the most unpredictable and parity-ridden in at least 10 years.

There was, as we all know, a four-way tie for first place at 12-6—the first three- or four-way tie in league history and just the third four-way tie at the Division I level in the last six years.

The four-way tie did not include Hofstra, which was the last unbeaten team in league play at 4-0 yet finished alone in fifth at 10-8. The Dutchmen edged out Delaware, which opened up 0-10 in non-conference play—the worst start ever by a defending CAA champion—and lost its first three CAA games before finishing 9-9.

The regular season ended last Saturday with William & Mary and UNC
Wilmington taking the court five hours apart and knowing a win would give them the regular season title. Yet the Tribe (Drexel) and Seahawks (Elon) were routed by teams that played in the out bracket games last night.

“You never know, when you check the scores after a CAA night, who’s going to win,” Elon coach Matt Matheny said during the CAA’s weekly conference call on Tuesday. “And you can never be surprised, because anybody can beat anybody.”

The team with the longest active winning streak entering the CAA Tournament is Elon, which won its final three games to finish 5-13 in league play. The Phoenix stayed hot last night, when it edged Towson 74-69 in overtime.

So yeah, the league is more wide-open than ever, which gives everyone hope heading into the tournament (alas, that hope has already expired for Drexel and Towson—we pour out a bottle of iced tea for our fallen ECC comrades).

But why? In keeping with the theme of the season, there’s no consistent explanation. Here are three possibilities, with comments from league coaches gleaned from Tuesday’s conference calls.

--Conference realignment has robbed the CAA of its superpowers. VCU, George Mason and Old Dominion combined to win eight of the first 11 championships following the CAA’s expansion in 2001-02, including the final six before VCU (Atlantic 10) exited following the 2011-12 season. Old Dominion (Conference USA) and George Mason (Atlantic 10) left after the 2012-13 season.

Not coincidentally, the CAA’s three best seasons featured the largest divide between the top and bottom halves of the league. In 2012, when VCU won the tournament and Drexel was relegated to the NIT despite going 16-2 in league play, the bottom half went just 4-58 (.065) against the top half.

In 2006, the year UNC Wilmington won the tournament, George Mason made the Final Four as an at-large (grr) and Hofstra was robbed of a third bid (grr), the bottom half went 4-56 (.067) against the top half. And in 2011, when the league sent three teams to the NCAA Tournament for the first time and VCU went from the “First Four” to the Final Four (yay!), the bottom half was 7-53 (.117) against the top half.

But this year marks the second time in the last three seasons a team picked to finish next-to-last in the preseason poll ended up second. Towson was picked 10th in an 11-team CAA in 2012-13.

“Before all the major league changes around the country, there was often that one or two teams that were maybe a step above everybody else,” William & Mary coach Tony Shaver said. “I thought the bottom 80 percent has always been very balanced. I said back in the fall at media day I don’t think this league this year has that one or two great teams.”

William & Mary played five games in February without Daniel Dixon. Drexel lost Major Canady to a broken ankle in the preseason and Sooren Derboghosian to knee surgery after eight games. Rodney Williams played in just 22 games due to a stress fracture in his foot and Player of the Year runner-up Damion Lee suffered a season-ending broken wrist against Northeastern on Feb. 21.

“A lot of it has to do with injuries,” Shaver said. “Drexel, obviously, really tough start to the year. They got healthy and won five or six in a row. I think for us, for example, (for) three-quarters of the season we were healthy and really good—at times a dominant team. And then we played our last seven games without one of our starters and we’ve been a little different.”

--A unique mix of experience and inexperience, both lot of inexperience, on the floor and on the sidelines. Half the CAA’s head coaches have either been at the helm for four years or less or are new to the league this season (Matheny is in his sixth season at Elon). The other five have all been with their schools for at least seven seasons.

Among the CAA’s top 10 scorers this season were four seniors, only three of whom (Marcus Thornton, Kyle Anderson and Addison Spruill) played four years in the league. There were five juniors in the top 10, but three redshirted last year (Lee and Hofstra’s Juan’ya Green and Ameen Tanksley). Freshman Elijah Bryant of Elon was the lone underclassmen in the top 10.

“I think there’s a great balance between a few teams that have got some seniors (and) the young guys in this league (that) are very, very talented,” UNC Wilmington coach Kevin Keatts said, “And when you have, when you’ve got that balance , you can have some inconsistencies between teams. On any given night your young guys can be great and on certain nights they just play like young guys. So you get the chance to win some games and you get a chance to lose some games.”

:If you look back at who lost a lot from the year before—Towson was very senior-dominated and Delaware had a lot of seniors,” Drexel coach Bruiser Flint said. “So the teams are more even from top to bottom. There’s no team that you look at and say ‘Oh wow, those guys are really dominating the league.’”

So was this season merely a cyclical hiccup, or the new normal? The next few years will determine that. In the meantime, spend the next three days wondering if the unpredictability can wreck havoc with a tournament in which only four teams seeded lower than third have reached the title game since 2000.

“This year, you can go one through six, one through seven or whatever you want,” Delaware coach Monte Ross said. It’s going to be a wild and crazy CAA Tournament.”