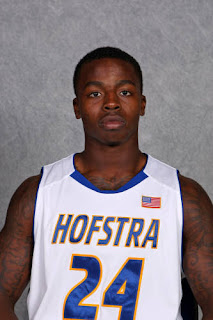 What have the last three weeks been like for you?

Just with the team and the coaches, everybody just patiently waiting. After coach Mo got fired, everybody’s been [wondering] ‘So who’s gonna be our next coach? Which assistants will we have? What’s going to happen to the recruits?’ I was just hoping and I was waiting myself, but I was hoping it would be a guy right for the job, and it definitely seems to be.

You were one of Mo’s first recruits and the last one remaining from his first year. How bittersweet have these few weeks been for you?

I know it’s a business, I know that’s how it is. But at the end of the day, I can’t control that. People always tell me—especially my guy [video coordinator] Jay Posner over there [pointing across the room]—worry about everything you can control. That was something I couldn’t control. So I was just waiting like everybody else and I was hoping it was a good guy. And like I said before, he’s a great guy. I can tell he’s a great guy.

As one of just four scholarship players left, what kind of role do you think you’ll take on over the next few months and next season?

Like I told a whole bunch of people and the former coaches, I’ve told them what we had to work on as a team is just bringing everybody together as a team, as one unit [interlocks hands]. Not just having different cliques, but forming a whole sum, more like a team and a unit. Because I feel like whatever we do off the court—whether it’s being in the weight room, in class, anything—the way we act and the way we conduct ourselves, that’s all going to translate to the court. And if we’re always moving together, doing things together, that unity, it’s going to build. So I just feel like me being a [senior] and taking on a new role, I feel like that’s got to happen. I’m going to do the best job to the best of my abilities to make that happen.

Did you feel that, for whatever reason, with all the moving parts and transfers who were sitting out and freshmen that didn’t work out, that there were different factions the last couple years?

I’ll just give you an example: My first year here at Hofstra, I played with Charles Jenkins, Greg Washington, Brad Kelleher, Nathaniel Lester. We were a team. We were more of a team. I feel like the more we got all these players—like transfers and freshmen—the more we started to disintegrate, you know what I’m saying? I don’t know [why], but whatever the case was, I felt like we weren’t a unit anymore. I felt like every year it got worse, you know?

But now I feel like just this group we have here today will be more of a team. I feel we’re going to be more of a unit. I can feel it. And the coach feels it. Coach Mihalich feels it. He feels a great vibe in all of us.

Email Jerry at defiantlydutch@yahoo.com or follow Defiantly Dutch at http://twitter.com/defiantlydutch.
Posted by Jerry Beach at 6:09 PM