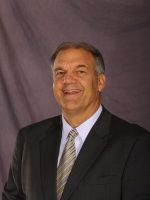 Nineteen days later, the Flying Dutchmen have a new basketball coach. As first reported by Defiantly Dutch #JournalisticDingalingSwinging, Hofstra spent yesterday closing the deal with former Niagara coach Joe Mihalich and will introduce him as the 12th coach in school history (unless you count Tim Welsh, which you shouldn’t) at the University Club at noon today.

According to Newsday, Mihalich, 56, has agreed to a six-year deal. Steven Marcus Tweeted that Mihalich will be paid in excess of $400,000 per year.

As is often the case with mid-major hires, Mihalich was not Hofstra’s first choice—Kansas assistant Joe Dooley turned the job down last week and Hofstra could not agree to terms with Iona’s Tim Cluess, whose contract at the New Rochelle school carried with it an onerous buyout—but he arrives in Hempstead with impressive credentials.

Mihalich spent 15 years at Niagara, where he won two MAAC titles and a MAAC-record 265 games. He has won accolades for his coaching acumen in turning a small upstate New York school into a perennial contender in the MAAC and is recognized as one of the good guys in the industry by both his peers and those who have covered him.

Prior to taking over at Niagara, Mihalich spent 17 years as an assistant at his alma mater, La Salle, where he helped recruit five future NBA players, including Lionel Simmons.

Mihalich played four seasons at La Salle – which played in the ECC, the same conference as Hofstra, and went 3-2 against the Flying Dutchmen during Mihalich’s career – and helped the Explorers to NCAA Tournament bids as a freshman and as a senior. His junior year ended with a 92-81 loss to Hofstra in the ECC title game.

More than 35 years later, Mihalich is tasked with trying to return Hofstra to the NCAA Tournament. And in choosing to embark upon a lucrative yet massive rebuilding job at Hofstra—which has just four scholarship players remaining after a 7-25 season, the worst in the program’s Division I history—Mihalich leaves behind a loaded Niagara squad that graduates just one player from the team that won the MAAC’s regular season title this season.

Sound familiar? Three years ago last month, Tom Pecora left behind a stocked cupboard at Hofstra—including reigning CAA player of the year Charles Jenkins and two members of the league’s all-freshmen team—for Fordham, which doubled his salary to lure him to rebuild a program that had just bottomed out with a 2-26 record.

The good news for Mihalich is the CAA is not the Atlantic 10—not after the A10 picked apart the CAA like a Thanksgiving turkey—and that Hofstra has actually proven it has the budget and the facilities to compete in its current conference.

But make no mistake, there’s a tightrope-walking, failure-is-not-an-option sense of urgency to Mihalich’s hiring. This is the most important athletic department hire Hofstra has made since 19 years ago this week, when the late Jim Garvey hired Jay Wright to navigate the Flying Dutchmen out of the depths of Division I.

There was nowhere to go but up back then, and no alternative now—especially after the 2009 decision to euthanize football turned basketball into the spotlight sport at Hofstra—but to resume the climb back to where Hofstra men’s basketball once resided under Wright and Pecora, who turned the Flying Dutchmen into the most successful program in the metro area. That becomes Mihalich’s goal today, the moment he steps off the podium and into day one at Hofstra.

Email Jerry at defiantlydutch@yahoo.com or follow Defiantly Dutch at http://twitter.com/defiantlydutch.
Posted by Jerry Beach at 10:34 AM