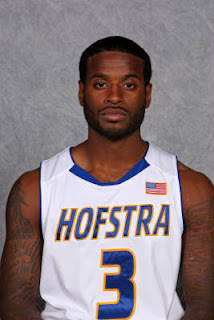 Stevie Mejia and Mo Cassara are philosophical about the twists of fate that have cost Mejia opportunities to enjoy sustained success during his two seasons with the Flying Dutchmen. But as Mejia prepares to play his final home game for Hofstra tonight, Cassara can’t help but wish that his first recruit had a smoother ride in Hempstead.

“Frustrating for a guy that I’ve known a long time,” Cassara said Tuesday. “Certainly, he wasn’t able to have the career, as far as wins and losses, that he would have liked to have had, or I would have liked for him to have.”

Cassara viewed Mejia, who transferred to Hofstra from Rhode Island in the spring of 2010, as the prototypical point guard who could provide stability at the position as a junior and senior.

Mejia has certainly met expectations as a leader. He provided a Jason Hernandez-like impact during his redshirt season, when he provided feisty daily practice competition for Charles Jenkins and Brad Kelleher.

But whereas Hernandez got to play two years with one-time practice foe Speedy Claxton following his redshirt season, Mejia never got to play a second with Jenkins or Kelleher, both of whom graduated in 2011.

Mejia still had a pair of offensive weapons to work with last season in Mike Moore and Nathaniel Lester, but just as he was beginning to establish himself as the Dutchmen’s third option—he averaged 8.7 points per game on 53 percent shooting in his first seven games—he suffered a hamstring injury in the final game of the three-game Gazelle Group tournament (grrrr) in Rhode Island. Mejia missed six of the next eight games and lost his starting job to Dwan McMillan, who went on to lead the CAA in assists.

A strong finish to last season (Mejia averaged 11.3 ppg and had an assist-to-turnover ratio of 15:5 in the Dutchmen’s final four regular season games) generated plenty of optimism for this season, when the Dutchmen expected to get the services of transfers such as Jamal Coombs-McDaniel and Taran Buie as well as Cassara’s first wave of freshmen recruits.

Finally surrounded by something resembling a full team, Mejia provided a glimpse at what he could do as a floor general and sneaky scoring option when he won the MVP of the Gazelle Group (grrrr) subregional at Hofstra the weekend before Thanksgiving. In three games—all Dutchmen wins—Mejia scored 47 points on 17-of-30 shooting from the field. He hit all 11 free throw attempts, pulled down 18 rebounds and had eight assists and three steals.

Of course, as it turned out, that was as good as it was going to get for the Dutchmen, who were ravaged less than two weeks later when four players were arrested on burglary charges. In addition, Coombs-McDaniel never suited up because of multiple knee surgeries.

“Stevie’s been through a real challenging time, he’s never had a full complement of guys to play with,” Cassara said. “His ability to run a  team and run the show and get guys shots and then playoff those guys makes him super efficient. Unfortunately, we haven’t been able to play a full year or a full healthy year.”

“At times, it’s frustrating,” Mejia said. “After it happened, that [arrest] situation, I can’t control any of that. I just try to do the things that I can control.

“[When] it’s frustrating on the court, I’ve got to play through that. I’m going out there and controlling what I can control. I can put myself and teammates in good position to score, I can do that.”

Mejia has been able to set the tone for the depleted Dutchmen since the arrests. Mejia’s constant effort has defined the persistence of a team that is 4-17 since the arrests but has lost seven games by seven points or less.

He is averaging a team-high 33.8 minutes per game and has played more than 100 minutes more than anyone else on the team. Unofficially, he leads the Dutchmen in floor burns, and he continued diving all over the court even during the second half of last Wednesday’s 79-50 loss to George Mason.

Buie initially became the Dutchmen’s new top scoring option by averaging 15.3 ppg in the first 13 post-arrest games, but a mammoth shooting slump—Buie is shooting just 22.4 percent in the last nine games—has forced Mejia to shoulder more of the offensive burden.

While Mejia’s two years at Hofstra have not gone as he would have liked, he will still look back fondly at his time with the Dutchmen and identify Hofstra as his true basketball alma mater.

“This is where I really played basketball,” Mejia said. “Playing at Rhode Island, I just felt like I was more of a robot just running the team. Here, I’m free to do what I want with being a point guard and having the freedom [of] being able to create more.”

Said Cassara: “I’m proud of him. He’s graduated, he’s fought through what have been some difficult situations. He’s had to be the leader and the face of this season and has had to battle and be really the player we rely on every night.”

Email Jerry at defiantlydutch@yahoo.com or follow Defiantly Dutch at http://twitter.com/defiantlydutch.
Posted by Jerry Beach at 5:50 PM