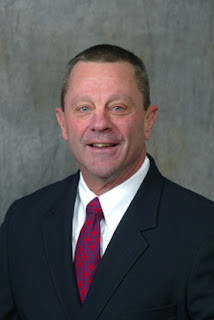 At first listen, Flying Dutchwomen softball coach Bill Edwards is the most vanilla of speakers, someone who talks about staying in a routine and taking everything one day at a time and not getting too high or too low.

But Edwards' words are a lot more than just recitations from someone who has read The Great Book Of Sports Cliches. They are words of experience from someone who has spent five decades in coaching and has modified his approach the last 23 years so that it is decidedly different than the one he used as a football and hockey coach earlier in his career.

It has been a wildly successful approach: The Flying Dutchwomen begin play in their 13th NCAA Tournament under Edwards—all since 1993—tonight at UCLA when they play the host Bruins.

Edwards' words are also those of someone who manages to create chemistry by getting everyone to, quite literally, check their egos at the door. The all-day rains Tuesday forced the Dutchwomen to practice in the bubble near the tennis courts, and after practice, Edwards went ahead of his players and opened the door to the Physical Fitness Center. He held the door open as pairs of teammates walked through toting equipment.

The players were pictures of symmetry, with the first person to walk through the door silently stepping to the right as the person behind her took control and guided the equipment and her teammate through the other set of doors and into the PFC's gym.

Most impressively, Edwards gets the Dutchwomen to focus on the tiniest and most immediate of objectives, yet also understands how important it is to current players to measure up to their predecessors at Hofstra.

The Dutchwomen were upset by Georgia State in last year's CAA tournament. The reaction: Hofstra enters the NCAA Tournament an absurd 34-1 in its last 35 games. The Dutchwomen have won 17 in a row and just completed a perfect CAA season in which they won all 21 regular season games before sweeping three tournament games last week at Hofstra Softball Stadium.

So rest assured these Dutchwomen know the opportunity they have beginning tonight. A College World Series is the one thing missing from Edwards' resume, but the Dutchwomen have a legitimate shot at history thanks to record-breaking ace Olivia Galati (30-5, 0.90 ERA, a 331/22 strikeout-to-walk ratio) and their potent offense (.301 team batting average).

"So I think they were very much aware of what they had to do in order to get it done."