Comeback scenario nothing new for Dutchmen 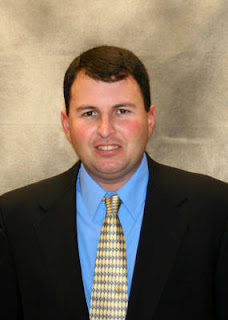 The Flying Dutchmen baseball team certainly would have preferred to begin the CAA tournament tonight with a win over Delaware. But perhaps the Dutchmen, who fell to the Blue Hens 11-3, have the rest of the field right where they want it.

The second-seeded Dutchmen, who will face the winner of tonight's Towson-VCU game in an elimination game Friday at 3:30 p.m., recorded 15 comeback victories during a season in which they shattered numerous school records. So it is appropriate that if the Dutchmen are to reach the NCAA Tournament for the first time, they will do so playing from behind.

"I think all year we've really battled," Dutchmen coach John Russo said Wednesday. "Fifteen comeback wins out of our 33, I think that's all about character and passion."

That the Dutchmen are even in the CAA tournament is heady stuff for a program that reached postseason play just once in its first 10 seasons in the league, was picked to finish 10th out of 11 teams in the preseason and endured a last-second coaching change when Russo took over for Patrick Anderson after the latter took a job with the Washington Nationals in January.

But the Dutchmen turning the CAA on its head doesn't even begin to describe the magnitude of what they have already accomplished. Five Dutchmen earned first-team All-CAA honors: Infielders Jared Hammer, Matt Ford and Dalton Rouleau, designated hitter Kevin Flynn and CAA Player of the Year Danny Poma. Catcher Matt Reistetter and outfielder Kenny Jackson were named to the CAA's second team.

The Dutchmen set a school record with 33 wins in the program's first winning season since 1999 and only its 22nd all time. The Dutchmen also finished with a winning record in conference play (20-10) for the first time ever, dating all the way back to when the Dutchmen played in the more regionally friendly North Atlantic Conference and America East and not in a southern-based conference loaded with programs boasting Major League Baseball lineages. Twelve CAA alums have appeared in an MLB game this year, including reigning AL Cy Young and MVP Justin Verlander.

Hofstra, meanwhile, hasn’t had a player even get as far as Double-A since Ken Singleton made three All-Star Games during a stellar 15-season MLB career spent mostly with the Baltimore Orioles. So how did this happen?

It has actually been in the works for a few years thanks in large part to Russo, who, as Anderson's assistant coach the previous three years, looked to transfers—and in particular the junior college ranks—to bring aboard overlooked players hungry for a Division I opportunity. All four of the Dutchmen's seniors are transfers, including Poma, as are five juniors, including Rouleau.

"I came from a Division II background, so I knew the junior college market really well because we were able to go get good kids there and that made our program successful," said Russo, who played and coached at Division II West Alabama before serving as an assistant at Division II Saint Joseph's College in Indiana. "I thought it would work at the Division I ranks. I'm really happy that we went in that direction in recruiting."

Kevin Flynn, one of the four seniors, said he thought the Dutchmen were primed to breakthrough last year, when they went 15-32 overall and 12-18 in the CAA. Entering this season, players and coaches alike felt the Dutchmen were better than their 10th-place prediction, but it took a March sweep of conference foe VCU—against whom Hofstra was 4-27 all-time entering the season—to get everyone to believe the Dutchmen could enjoy a historic season.

"Honestly, I wish I could say I saw this building and gelling," Flynn said. "But last year we thought we were going to be good and it was a step back, This year, with a lot of the same guys, everything just came together."

"When we swept VCU, that was the turning point in convincing them," Russo said. "Once they were able to do that, to beat a program that we've had a really bad history against, it was the confidence that I think they needed. There's really been no looking back since then."

The Dutchmen have surged into NCAA Tournament contention thanks to a potent offense that features equal parts power and speed. The Dutchmen entered the CAA tournament first in the country in doubles (610), second in batting average (.341) and stolen bases (a school-record 141), third in on-base percentage (.426) and slugging percentage (.485) and fourth in runs (411). Poma led the nation in runs (73), hits (95) and doubles (31) and ranked second in batting average (.450).

"Coach Russo really lets us go," Flynn said. "He lets us run. Everybody's ready to run. He lets us swing away at 3-0. We play with reckless abandon and everybody's confident. It's clear that he believes in the guys on the field, and when you feel that as a player, it gives you the confidence in yourself and ability just takes over."

While the Dutchmen remain focused on continuing their dream season and reaching the NCAA Tournament—said Flynn: "None of us want this to be our last game together, we're just trying to make the ride last as long as we can"—they have taken some time to reflect on what they've already achieved and what it means in the context of the history of Hofstra baseball. Russo said he fielded more than a dozen emails from baseball alumni wishing the Dutchmen luck on Wednesday morning and that he looked forward to reading some of them to players later in the evening.

"To be honest, it's very overwhelming," Russo said. "It's something we thought we could do. Now that it's happening, it's very rewarding…it's just amazing how many people are following us and pulling for us.

"It's been a long history of not being that great, but it's a good history for great people that we're trying to play this weekend for and continue this program for."