Get to know: Wayne Morgan 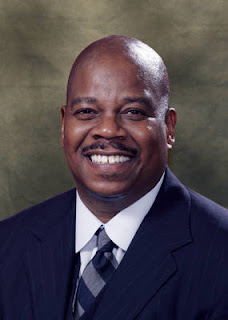 This season marks the first time Hofstra has an entirely new men’s basketball staff since the 1994-95 season. Fans are already well-acquainted with head coach Mo Cassara, but we sat down last week with the rest of his staff—Steve DeMeo, Allen Griffin and Wayne Morgan—to get to know them a little better. We’ll unveil these introductory Q&As once a week for the next three weeks.

First up: Morgan, who played for Cassara’s Dad, Rich, at St. Lawrence and made such an impression on the senior Cassara that he named his son Richard Morgan Cassara. Morgan, 60, is the oldest coach on the staff and, as the third assistant, occupies a position that is normally held by someone half his age. But Morgan—who has 22 years of Division I experience, including six years as the head coach at Long Beach State, three years as the head coach at Iowa State and 12 years as an assistant at Syracuse—couldn’t be happier to be back doing what he loves after a four-year absence from the sidelines.

What did you do between Iowa State and Hofstra?

I spent four years out of basketball. I owned my own company called Mid-Iowa Satellite. As a matter of fact, let me show you our website—unless my wife took it down. We’re in the process of selling it.

Did you enjoy doing that?

I did OK. I think in 2006, I was Iowa Small Businessman of the Year. But I didn’t enjoy it. I am a basketball coach. I didn’t enjoy it. So when Mo got the position and asked me if I wanted to get into basketball and join him, I actually jumped at the opportunity. I was happy to do it, especially to work with him, because I’ve known him since he was a baby. I played for his father.

Did you ever worry you might not be able to get back into coaching?

I was born and raised in New York, I’m from the northeastern corridor. I tell people I’ve kind of been on a magical mystery tour, and now I’m home.

Were you embittered at all by the way you were fired at Iowa State and did you take anything from it in terms of the differences between coaching a mid-major and coaching a BCS school?

I worked very hard—bent over backwards—not to be [bitter] because I know so many people that have had bad breaks in their lives and end up being bitter and then chewing their own lives up as a result. And I didn’t want to be one of those guys. I learned a lot from all of the experiences at the various places I’ve coached.

It’s very close. Morgan and I are basically like family. He’ll tell you and his mother and father will tell you he’s named after me. I’ve known Allen since he was 15 years old, I recruited him to go to Syracuse. And I’ve known Steve DeMeo for his whole coaching career. So we all know each other, we all like each other. We all get along well together.

Do you have any good stories about Mo from when he was younger?

I’ll tell you a great story. I was at Mo’s house last week and they had Big East Classics on—1988, Pittsburgh-Syracuse for the Big East championship. Paul Evans is coaching Pittsburgh, John Calipari’s his assistant. And at our end, obviously, Jim Boeheim is coaching. Well, when Rick Cassara, Mo’s Dad, got fired at St. Lawrence University, it was Paul Evans that took his place. So they became very good friends before Paul went and coached David Robinson at Navy and then went to Pittsburgh.

And then I go ‘Mo, there’s you.’ He was 14 years old, sitting behind the bench sitting with his father because his father and Paul Evans had become really good friends.

When did you know coaching was something Mo would end up doing?

I knew. We talked a lot. We knew he was going to be a good coach. When I first went to Long Beach State, I offered him a job on my staff. And then when I went to Iowa State, I went up and watched his team play at Worcester [Academy].

It was very exciting. It was very exciting. We were glad that we were able to play pretty well. There’s a lot of work that we have to do. I think the key thing that everybody has to remember is when you have a new staff like this—although we have seniors who have played Division I basketball—the system is new to everybody. So it’s like having 13 freshmen and so we’ll be a work in progress all year. We’ll get better as the year goes on and we really probably won’t start playing our best basketball until the second or third week of January.

You need to hang in there and then February—last week of January and the month of February—you need to be pretty good. And I think just the big key for us [knocks on his desk] is just to not get any injuries or anybody hurt. We’re lean. Really, we’re almost anorexic [laughs].

Labels: Get to know: Wayne Morgan