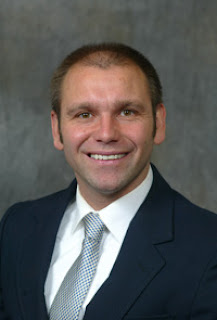 The typical mantra for a college coach whose team has just earned the first national ranking in school history is to say he remains focused on the next game and that he and his players can’t get too wrapped up in the accomplishment because doing so would deviate from the philosophy that got them into unchartered waters in the first place.

Simon Riddiough is not most coaches. But then again, most coaches haven’t been on campus since the infant days of their program.

Riddiough was a junior defenseman on the Flying Dutchmen soccer team in the fall of 1992, when women’s soccer began at Hofstra as a club sport. A year later the Dutchwomen moved to Division I, and in 1996, Riddiough joined the Dutchwomen staff as Joanne Russell’s assistant in 1996.

He recalls the days of the late ‘90s when merely getting into the top 10 in the weekly mid-Atlantic poll was a big deal. So he had no problem relishing the moment Wednesday, a day after the Dutchwomen—who have won a school-record 12 straight games since falling to no. 7 Boston College in the season opener—moved into the top 25 at no. 23.

“We told the girls [Tuesday]: ‘You’re going to look back on this season and it could be one of those magical years,’” Riddiough said in his office. “And if you don’t enjoy it as you’re going through it, then you miss out on it a little bit. You’ve got to smell the roses. You’ve got to accept that this is special and this is going on.”

Success is nothing new for the women’s soccer program. Russell won 150 games in 14 years, steered the Dutchwomen to a 16-2-1 record—with both losses by a single goal—in just their second year of Division I play in 1994 and won the CAA and the school’s first bid to the NCAA Tournament in her final season in 2005.

The Dutchwomen won an NCAA Tournament game under Riddiough in 2007, returned to the CAA finals in 2008 and were picked to finish second in the conference this season. But this run has surpassed even the wildest expectations of anyone associated with the program.

“It was just incredible—I never, ever thought that that would [happen], never even entertained that thought in my head,” Dutchwomen midfielder Brittany Butts said. “To see that, and for it to become reality, is just amazing. To make history is very nice.”

“I really think it still hasn’t hit me yet,” Riddiough said. “I knew this team had the talent to be 12-1, but it takes more than just talent, you know? The pieces came together and we’ve been quite fortunate that everything has clicked at the right time.”

The Dutchwomen haven’t trailed in any of their last 11 games and eight of the 12 wins have been by two goals or more, including a resounding sweep of CAA foes Towson and George Mason last weekend in which the Dutchwomen outscored the opposition 9-1. The most pivotal wins, though, were recorded during an eight-day span in September, when the Dutchwomen went to Indiana and won a pair of 3-1 decisions over Big 10 programs Purdue and Indiana on the same weekend before edging Columbia, 1-0, in double overtime in Manhattan.

“The Columbia game was a key moment—0-0 [in overtime], it could have easily ended 0-0, it could have easily been 1-0 Columbia,” Riddiough said. “I thought the Purdue-Indian trip was a key moment for our team, confidence-wise and psyche-wise. We’re going to Big 10 country, where these teams get everything given to them. They’ve got heart rate monitors before kickoff. To win against those two traditional powerhouses, I think that kind of was [the] ‘Wow, we might actually be good this year [moment].’ And it all came to fruition this past weekend, when we played two very good teams and pretty much dominated statistically.”

Last weekend also yielded the type of national recognition Riddiough couldn’t even comprehend when he was frustrated over the lack of notice the Dutchwomen received locally.

“In 1999, when I was the assistant coach, we used to check the regional rankings to see if we could get in the top 10,” Riddiough said. “[He would say] ‘Ohh, we’re getting shafted again. Not in the top 10 again.’ And that was only 10 years ago.

“We were just looking and hoping that every year we’d just get into that top 10 ranking. Then we started to get into the top five on a regular basis and it seems now, these past two or three years, we’ve been a top four, top three [team] in the regional rankings until this year, where we’ve been number one for the last month. And fortunately we got ranked nationally, which has obviously never happened before. It’s fantastic to see the progression that’s gone on over the last 18 years.”