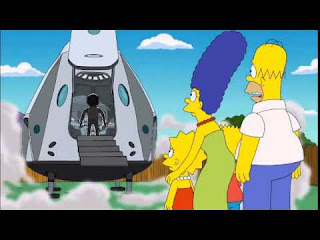 Still not that Elon, but if he wanted to take Thursday's game and fire it a billion miles into space, we'd be cool with that.

Well, there were probably better ways to start the decade. The Flying Dutchmen gave up the first seven points Thursday night and it only got worse from there in a wire-to-wire 88-61 loss that was even uglier than the final score would indicate. The Dutchmen will look for a quick bounce-back this afternoon, when they host Elon. Here’s an avert-your-eyes look back at the loss to the Tribe and a look ahead to the Phoenix.

THE MOST RECENT GAME SUMMARIZED IN ONE PARAGRAPH
Ugh do we have to? The Dutchmen got to within 9-7 following the Tribe’s hot start but then absorbed an 18-1 run and never came close to getting back into it. The Dutchmen managed to limit the monstrous duo of Nathan Knight and Andy Van Vilet to “only” 33 points (on 14-of-18 shooting, including 7-of-7 by Knight) and 18 rebounds but still never got within 16 points in the final 29-plus minutes or closer than 20 points in the second half. That’s what happens when you go 23-of-67 from the field, including 4-of-25 from 3-point land The Tribe expanded its lead to as many as 34 points before Jermaine Miranda and Omar Silverio combined to score the game’s final seven meaningless points. The loss was especially discouraging considering Isaac Kante (11 points, 10 rebounds) held his own against Kante, Eli Pemberton scored 15 points while Jalen Ray scored 11 points. Desure Buie was limited to 10 points on 3-of-14 shooting.

THIS IS THE 25TH ANNIVERSARY OF FRIENDS’ FIRST SEASON, WHAT WOULD THIS GAME BE TITLED IF IT WAS AN EPISODE OF FRIENDS?
The One Against William & Mary That Wasn’t Close

Some other notable 16-game starts:

This feature is inspired by Greg Prince, who measures how the current Mets compare, record-wise, to previous teams through the same point in the season.

WIRE-TO-WIRE LOSS
The Flying Dutchmen haven’t held a lead this decade! The loss Thursday marked the first time the Dutchmen never led in a loss since an 85-76 loss to Siena on Nov. 25, 2017. It was also the Dutchmen’s first wire-to-wire loss in CAA play since an 82-73 loss to James Madison on Feb. 28, 2015.

KAN DO
Let’s talk about something positive, shall we? Isaac Kante at least had a decent game by producing a double-double (11 points, 10 rebounds) while being matched up against Nathan Knight. The double-double was the third of the season for Kante, tying him with Tareq Coburn for the team lead. Eli Pemberton has the two other double-doubles.

SO WHO HAS A DOUBLE-DIGIT SCORING STREAK NOW?
Justin Wright-Foreman, as you may or may not recall, ended his Hofstra career by scoring in double figures in each of his last 88 games. The longest such streak now belongs to Desure Buie, who scored 10 points Thursday to extend his streak to 12 straight double-digit efforts.

PEMBERTON OPENS THE LID ON THE ‘20S
Eli Pemberton ensured the Dutchmen would not be shut out 1:53 into the first half, when he drained a jumper for Hofstra’s first points of the 2020s. Nathaniel Lester had Hofstra’s first points of the 2010s, which he scored against William & Mary in a 48-47 loss at the Arena on Jan. 2, 2010. If the world is still spinning in 2030, let’s not schedule William & Mary for the first game of the decade, OK?

Buie moved past Kieza with the third of his career-high 35 points against Towson on Monday.

Ray vaulted past both Walker and the late great Upshaw by scoring 20 points against James Madison on Dec. 28. He then moved past Washington with a nine-point effort against Towson and surpassed Gibson by scoring 11 points on Thursday.

With his six late points against William & Mary, Miranda vaulted past Harris as well as his teammate Klementowicz (sorry, Connor) as well as two of the Four Who Shall Not Be Named (not sorry at all, way to go Jermaine).

Burgess’ lone basket against Towson broke a tie with Brown and also lifted him past Fowlkes.

OVER THE AIR
Today’s game will be aired on FloHoops.com (subscription). Hofstra will carry live audio and offer live stats here.

SCOUTING ELON
The Phoenix, under first-year head coach Mike Schrage, is 4-11 this season and 0-2 in CAA play after falling to Northeastern, 77-68, on Thursday night. Elon has lost four straight.

Both teams have played William & Mary in CAA play. The Phoenix fell to the Tribe, 74-73, on Monday. You know what the Dutchmen did Thursday night.

Senior Marcus Sheffield II, a graduate transfer from Stanford who received honorable mention in the all-CAA preseason balloting, leads the Phoenix in scoring (16.9 ppg) and assists (2.7 apg) while ranking second in rebounding (4.8 rpg). He’s the only senior on the roster. Freshman Hunter Woods ranks second on the team in scoring (10.5 ppg) and first in rebounding (6.2 rpg). Another freshman guard, Hunter McIntosh, is averaging 11.0 ppg.

KenPom.com predicts 78-65 win for the Dutchmen. He’ll forgive us if we’re less sure of that after Thursday night. Per the wise guys in Vegas, for entertainment purposes only, the Dutchmen are 15-point underdogs. The Dutchmen are 10-5 against the spread this season.

SCOUT SEZ
A well-embedded CAA mole has agreed to provide me his take on each Hofstra league game this season. Here’s his thoughts on today’s game:

ALL-TIME VS. ELON
Hofstra is 8-3 against Elon, which joined the CAA prior to the 2014-15 season. The Dutchmen have won the last three games against the Phoenix and swept the season series (duh) last year when they earned a 74-71 victory at Elon on Jan. 12 and rolled to a 102-61 victory at the Arena on Feb. 7. Hofstra and Elon first opposed each other on Nov. 23, 2009, when the Dutchmen cruised past the Phoenix, 70-46, in a preseason NIT game at the Arena.

THINGS YOU CAN SHOUT ON TWITTER IF CALLS GO DO NOT GO HOFSTRA’S WAY
Ugh you used to work for Coach K bias! (New Elon coach Mike Schrage was on the Duke staff for nine years)
Hoosier bias! (Schrage was also a student-assistant under Bobby Knight at Indiana, which must have been…interesting)
Stephen Lorenzo bias! (The former Daily News hockey writer graduated from Elon)
Not the Tesla guy or the band that sang Love Song bias! (Elon isn’t related to Elon Musk, who is the CEO of Tesla, Inc but not the lead singer of the band)
Posted by Jerry Beach at 5:26 AM