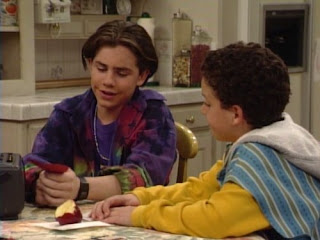 Winless Monmouth gave the Flying Dutchmen all they could handle Wednesday night, but a banged-up Justin Wright-Foreman converted the go-ahead nostalgic 3-point play with 16 seconds left and the Dutchmen played suffocating defense (!!!) on a final unsuccessful possession for Monmouth, which missed a shot at the buzzer as the Dutchmen hung on for an ugly-but-nobody-cares-how-ugly-it-is-when-you-win 75-73 win. The Dutchmen will continue their tour of the MAAC this afternoon, when they host Rider at the Arena. Here’s a look back at the win over the Hawks and a look ahead to the Broncs.

THE MOST RECENT GAME SUMMARIZED IN ONE PARAGRAPH
Justin Wright-Foreman (30 points on 10-of-23 shooting from the floor and 6-of-10 shooting from the line) appeared to be merely mortal, especially after taking a hard foul late in the second half, but he drained the winning basket and subsequent free throw as the Dutchmen escaped against Monmouth. The two teams were never separated by more than six points in a while game that featured four lead changes in the final two minutes. Eli Pemberton had 14 points and four rebounds while Desure Buie did his best Jason Hernandez imitation by scoring nine points on three 3-pointers, including a go-ahead basket with 2:22 left, and collecting six assists. Jacquil Taylor had nine rebounds and three blocks.

NOT-SO-RANDOM SELECTION FROM THE 1993-94 JUKEBOX

On a New York night, have you heard the news?

WAS THIS A UNICORN SCORE?
No! But 75-73 scores aren’t nearly as common as you’d think. Or at least I’d think. The Dutchmen most recently earned a 75-73 win on Dec, 29, 1988, when they edged host Long Island University. This is the second time in the last three games the Dutchmen have won a game by a score they hadn't won by since a win over LIU in the late ‘80s. That’s a convoluted sentence. Let’s move on.

HOME SWEET HOME
With Wednesday’s win, the Dutchmen improved to 5-0 at home this season while extending their overall home winning streak to nine games dating back to Feb. 15. The five straight wins to open the home schedule are the most by a Dutchmen squad since the 2015-16 team won its first six home games. Per Hofstra SID Stephen Gorchov, the longest home winning streak for the Dutchmen in the CAA era (2001-present) is a 21-game streak from Jan. 22, 2005 to Mar. 16, 2006.

ALL BY HIMSELF (part one)
With his 30 points Wednesday night, Justin Wright-Foreman extended his streak of double-digit scoring efforts to 62 straight games, the most by a Hofstra player since 1989-90 (as far back as my records go, at least at home). In addition, Wright-Foreman’s streak is now the second-longest active streak in Division I, per Hofstra SID Stephen Gorchov.

ALL BY HIMSELF (part two)
Justin Wright-Foreman recorded his third 30-point game of the season Wednesday night and the 14th of his career. That’s the most by a Hofstra player since at least the 1989-90 season. But Wright-Foreman has played just 99 games and registered all of his 30-point games in his last 58 games dating back to Jan. 2, 2017. Here is the list of all players with multiple 30-point games since 1989-90 (career games in parenthesis).

JWF IS A TOP TEN HIT
With his 30 points Wednesday, Justin Wright-Foreman remained in 10th place on the all-time Hofstra scoring list. To be fair, he needed to score 54 more points to move up the list and pass Norman Richardson for ninth place.

With that in mind, I looked up Newsday from the 1976-77 season on microfilm (GOOGLE IT CRAIN) to try and track the game-by-game progress of both Laurel and Wright-Foreman. And there were box scores from all 30 games! This made me unnaturally happy.

Anyway, here are Laurel’s totals through the first nine games of the 1976-77 season, a stretch in which he collected 265 points and averaged 29.4 points per game.

ELI MOVIN’ ON UP
Eli Pemberton, the newest member of the Hofstra 1,000-point club, continued his climb up the all-time scoring ranks Wednesday, when he scored 14 points. That vaulted him two spots, past John Irving and Jim Shaffer, into 35th place on the program’s scoring list. He enters tonight needing 20 points to surpass Percy Johnson for 34th place.

ELI VS. LOREN
If you’re thinking of Loren Stokes while watching Eli Pemberton, you’re not alone. Through nine games during his junior season, the slashing Pemberton is averaging 16.8 points, 5.2 rebounds and 1.7 assists per game. Through nine games in his junior season of 2005-06, the slashing Stokes was averaging 13.7 points, 5.2 rebounds and 1.6 assists per game. Hopefully Tony Skinn Jr. isn’t waiting to punch Pemberton in the privates in the CAA Tournament.

THE BEST THINGS IN LIFE ARE FREE (which unfortunately was released in 1992)
It’s early, but you’re not wrong if you’re thinking you’ve never seen a Dutchmen team shoot free throws this well. The Dutchmen were 19-of-26 from the line Wednesday, which actually dropped their season-long percentage to 79.8 percent (actually 79.79 percent). Entering today, that’s good enough for fifth in the country, behind only Incarnate Word (82.2 percent), Northern Colorado (80.3 percent), Lafayette (80 percent) and Utah State (79.8 percent—actually 79.80 percent). At this rate, the Dutchmen would shatter the program record for free throw percentage set by the 2010-11 team, which drained 76.1 percent of its free throws.

Last year’s team shot 68.2 percent from the free throw line. But subtracting Rokas Gustys’ performance (45-of-120, 37.5 percent), the Dutchmen would have shot 74.7 percent, which would have been the third-best single-season mark in program history.

OVER THE AIR
Hofstra will over live video, audio and stats here.

RIDER AND THE MAAC
Rider, under seventh-year head coach Kevin Baggett, is 2-2 this season. Wait, only four games on the second weekend of December? What is this, 1993? The four games are the fewest played by any Division I team thus far this season. The Broncs haven’t played since Nov. 28, when they fell to West Virginia, 92-78.

Rider, the defending MAAC regular season champions, was the unanimous pick to finish first in the MAAC this season. The Broncs had four players selected to the preseason all-MAAC teams. Junior Stevie Jordan and sophomore Dimencio Vaughn were voted to the preseason all-MAAC first team while sophomores Frederick Scott and Jordan Allen were named to the second and third teams, respectively. The quartet combined to average 54.9 points per game last season. Vaughn leads the Broncs this year with 15.8 points and 6.5 rebounds per game.

Thanks to the Dutchmen’s MAAC-heavy non-conference schedule, Hofstra and Rider have four common foes this season. The Dutchmen have already beaten Monmouth and Siena and will face Manhattan Monday. Rider is scheduled to face Manhattan and Monmouth twice apiece in conference play and Siena once.

This is the second straight season Hofstra is facing four MAAC opponents. Last year marked the first time the Dutchmen faced four teams from one league in the non-conference schedule since 1993-94, when the Dutchmen, who were really known as the Dutchmen back then, played four North Atlantic Conference foes in the program’s final pre-NAC season.

Hofstra is 20-17 all-time against Rider, which was a conference rival in the ECC from 1974 through 1992. This will be just the fourth game between the schools since Rider left the ECC and the second one not necessitated by the blasted Bracketbusters. Hofstra has won the last three games between the teams, including 52 weeks ago tonight when the Dutchmen earned an 88-82 win in Lawrenceville.

The Flying Dutchmen established the program’s shot clock era for fewest points allowed in a game on Jan. 18, 1989, when Hofstra beat Rider, 48-34, at the Physical Fitness Center.

Hofstra is 97-118 all-time against current MAAC schools. This marks the 12th time in the last 13 seasons the Dutchmen have played at least two MAAC schools (the 2014-15 schedule had no MAAC teams).

THINGS YOU CAN SHOUT ON TWITTER IF CALLS GO DO NOT GO HOFSTRA’S WAY
Shawn Hunter bias! (Rider isn’t named after Rider Strong, nor did he go to Rider, but when you can make a Boy Meets World reference, you do it)
Al Downing bias! (The pitcher who served up Hank Aaron’s 715th homer went to Rider)
No football since 1951 bias! (I wonder if they have one really annoying alum who still wants the sport to return?)


You’ve gone even longer without an NCAA Tournament bid than us bias! (Rider last appeared in the NCAA Tournament in 1994, when they fell to UConn at Nassau Coliseum. I was there on zero sleep)
Posted by Jerry Beach at 2:57 PM