Bernardi, Powers finishing what they started with Hofstra, Mihalich 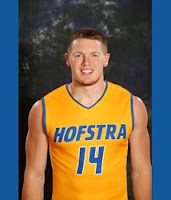 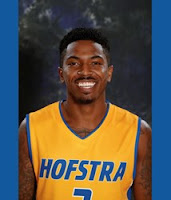 For the second straight season, Senior Day for the Flying Dutchmen will honor a class whose graduates all began their college basketball careers elsewhere. And just like with Juan’ya Green, Ameen Tanksley and Malik Nichols last year, the ties to Hofstra for Brian Bernardi and Deron Powers were established long before they landed in Hempstead.

Hofstra’s recruitment of Bernardi goes back to the 2010-11 season, when then-rookie head coach Mo Cassara pursued Bernardi before the Staten Island native chose to attend SMU. Joe Mihalich’s recruitment of Powers goes back to Powers’ senior season of high school in 2011-12, when Mihalich was intrigued by Powers’ ability to score at will but uncertain how the production would translate beyond the Virginia small school league in which Powers played.

Mihalich moving from Niagara to Hofstra, where he succeeded Cassara following the 2012-13 season, set into motion the chain of events that brought Bernardi back home and sent Powers further from his.

In the spring and summer of 2013, Mihalich knew he needed a third player to team up with Green and Tanksley, who followed him from Niagara and would become eligible for the 2014-15 season. The sharp-shooting Bernardi, who visited Hofstra four times as a high school student and was looking for more playing time after coming off the bench in his lone season at SMU, was an ideal fit for both player and program.

“They told me nothing was promised, I had to work, and I appreciated their honesty,” Bernardi said. “They believed I could become that player for them, be a starter. Of course, (it’s) close to my home, I see my parents every week now, so that’s great too.”

Bernardi became the first Cassara-era recruit to end up at Hofstra under Mihalich. Nichols, who committed to Hofstra for the 2011-12 season before going the junior college route, came aboard prior to the 2014-15 season.

“It’s almost just an accident that that was the case,” Mihalich said of recruiting a former Hofstra target. “It’s inevitable that kids the previous staff would recruit — local kids — we would be recruiting too.”

Powers initially stayed local for college by attending Hampton University, located 30 miles from his native Williamsburg. But collecting more than 1,000 points and leading Hampton to the 2015 NCAA Tournament convinced Powers he could play his senior season in a more competitive league.

It also convinced Mihalich that Powers would be able to handle the task of succeeding Green once the latter graduated in 2016.

“(Assistant coach) Mike Farrelly went down and saw him play and he was scoring a lot of points,” Mihalich said, referring to his recruitment of Powers while at Niagara. “We just thought it might have been because it was a small level.

“Turns out he was a pretty good player.”

In Bernardi and Powers, the Dutchmen had two players to replace Green, who led the team in scoring 16 times and in assists 32 times last season in earning CAA Player of the Year honors.

But serving as the focal point of the offense took some adjusting for both players. Bernardi had two or fewer field goals in five of his first 16 games while Powers had an assist-to-turnover ratio of 30/25 in the first eight games

“With Brian, he was able to be the fourth or fifth option last year, he just could thrive on it, and now he’s the first or second option and it changes things a little bit,” Mihalich said. “And then Deron, he had the tough act to follow with Juan’ya.”

Both players have found their footing over the last several weeks. Powers has a 120/48 assist-to-turnover ratio in the last 20 games and has three games with at least 20 points and at least eight assists, two fewer than Green had last season. On Thursday, Powers was limited to two points but racked up a season-high 11 assists in a 76-72 loss to Charleston.

Bernardi hit one 3-pointer or fewer in six of his first 19 games but has drained 25 3-pointers in the last eight games, a stretch in which he is shooting 41 percent from beyond the arc. He had seven 3-pointers on Thursday, one shy of his own single-game school record, and has 38 points in his last two games, the fourth-most points he’s collected in a two-game span.

They are also joining some select company despite their relatively brief time at Hofstra. Against Siena on Dec. 22, Powers had eight assists and one turnover, the first time a Dutchman has done that in a game since Chaz Williams on Feb. 10, 2010.

Bernardi has hit the second-most 3-pointers in school history and ranks 24th all-time with 1,157 points. He is 61 points shy of surpassing Demetrius Dudley for the most points ever by a Hofstra player who began his career at another school. In addition, Bernardi is on pace to become just the second Dutchman in the last decade — after all-time leading scorers Charles Jenkins and Antoine Agudio — to start every game he plays at Hofstra.

“My experience at SMU was like none other, playing with coach (Larry) Brown,” Bernardi said. “I definitely do not regret going there at all. It was a great experience. But it feels like I’ve been here for my whole collegiate career.”

Spending three years at Hampton— where he is still close friends with many of his classmates from the class of 2016, which was dubbed “Quintessence IX” — means Powers is more likely to identify himself with two alma maters.

“I’ve thought about it,” Powers said. “Hampton, that’s where I’m from, played most of my college career there. So I’m always going to be kind of part of that ‘HU’ (and) that QT9 (group) that we had there. But at the same time, this is also my second home.”

If the Dutchmen’s second season is going to last more than a couple games, it’ll likely be due in large part to Bernardi and Powers maintaining their recent play and putting to good use the postseason experience they’ve gained the past few years.

Bernardi is one of just three players (along with Rokas Gustys and Andre Walker) to play for the Dutchmen in each of the last two CAA Tournaments. Powers earned MVP honors in the 2015 Mid-Eastern Athletic Conference tournament after leading sixth-seeded Hampton, which ended the 2014-15 regular season with a 12-17 record, to four straight wins and the tourney title.

“They're locked in,” Mihalich said, “They’re acting like seniors.”
Posted by Jerry Beach at 1:11 PM