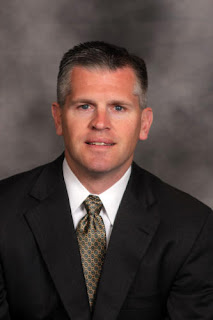 We should have known better than to think Hofstra would be immune from the free-for-all enveloping the CAA this off-season. Those of us who breathed a sigh of relief as Georgia State prepped to exit the CAA (gosh I guess that must have been some hastily called cocktail party!), rumors continued to fly about the long-term home for VCU and George Mason and the bottom fell out once again for UNC Wilmington got a swift kick in the Tony Skinns late last night, when Jeff Goodman of CBSSports.com reported Hofstra athletic director Jack Hayes is leaving to accept the same position at Brown University. According to a source, Hayes will be introduced at a press conference today at 1 p.m.

Hayes will have to do more with less at Brown—the school fielded 35 teams with an athletic budget of almost $15.8 million in 2011 while Hofstra fielded 17 teams with athletic budget just shy of $17.5 million; all monetary figures from BasketballState.com—but the move to the Ivy League is certainly a step up in prestige as well as a chance to return home. Hayes is a native of Providence, Rhode Island, the same city in which Brown is located, and graduated from Providence College in 1989.

As for the school he’s exiting after more than seven years at the helm: There’s cause for concern for Hofstra’s head coaches and fans alike. New athletic directors tend to like to bring in their own coaches, and of the 15 coaches that were on campus when Hayes arrived in October 2004, seven were elsewhere within two years.

Still: Suffice to say Mo Cassara and the rest of the head coaches are a bit tenser this morning than yesterday. The uncertainty is no fun for anyone, but especially a men’s basketball program that is just getting to the point of stability after two seasons of almost constant tumult.

The good news for Cassara is he’s got the most powerful ally of all in president Stuart Rabinowitz, who signed Cassara to a long-term extension just after his rookie season and is fond of the coach. History works a bit in Cassara’s favor as well: Tom Pecora had just completed the first year of his second contract when Hayes was hired in October 2004 and he stayed on another six years.

This morning’s uncertainty isn’t all that pleasant for fans, either, who have been fretting about Rabinowitz and athletics since he disposed of football in December 2009. We are told often of how enthusiastic Rabinowitz is about sports, despite his infrequent attendance at games, but he can declare the university’s commitment to this level of athletics with this hire.

It would be encouraging if Hofstra hired from within to maintain continuity, and a source indicated this morning Danny McCabe, Hayes’ longtime assistant, will be the interim AD. If McCabe or another internal candidate doesn’t get the permanent gig, let’s hope Rabinowitz oversees a smoother search than last time, when he turned down the search committee's initial recommendation of former Stony Brook AD Richard Laskowski, and one that ends with someone whose pedigree suggests Hofstra is looking to keep the status quo—i.e. make the best of a borderline lousy situation in the CAA while trying to position itself for a move up at some point.

As for Hayes, like most athletic directors, he leaves behind a resume with plenty of pluses and minuses. Many fans will forever associate him with the demise of football, though that was a decision that clearly came from above. He bolstered fundraising for the Pride Club, which raised $1 million in three straight years under his watch, and increased corporate sponsorships.

In retrospect, though, the “re-seating” policy for season ticket holders at Hofstra Arena instituted following the Flying Dutchmen’s wildly successful 2005-06 season was too much too soon. Coincidentally, one of Hayes’ final acts as AD was sending a letter to men’s basketball season ticket holders informing them reseating (which was supposed to take place again prior to this coming season) will be suspended for at least two more years.

Several facilities were built (including Hofstra Field Hockey Stadium) or refurbished (including University Field, the home of the baseball team) during Hayes’ tenure while Shuart Stadium hosted the NCAA men’s lacrosse quarterfinals in 2009 and 2011. He also brought back the Hofstra Athletics Hall of Fame in 2006 and retired more than 20 numbers over the last four years.

Hayes was hired as the eighth athletic director in Hofstra history on October 4, 2004. With almost eight years on the job, his tenure ranks as the fourth longest, in terms of continuous service, at the school, behind Howdy Myers (23 years), Bob Getchell (12 years) and Jim Garvey (10 years). Hofstra’s first two athletic directors, John Bartlett MacDonald and John Archer Smith, each spent eight years in the position over two different stints.

Browns budget may be smaller, but don't forget being an Ivy League school their budget does not have to include money for athletic scholarships.