Hofstra 71, Holy Cross 56 (Or: On the 3rd day before Xmas our Flying Dutchmen gave to us: 3 double-digit scorers, 2 big runs & a win over Holy Cross) 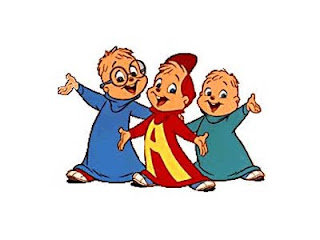 Mo Cassara is going upstate to spend the holiday with his family. But the Flying Dutchmen didn’t need to know that Wednesday afternoon.

“Coach challenged us today,” Charles Jenkins said Wednesday night. “One of the things he told us: ‘If we don’t play hard, we’ve got to practice [today]. So I guess that kind of sparked us.”

“I told them I didn’t have anywhere to go,” Cassara said with a grin.

Cassara doesn’t have to worry about his bluff being called after the Dutchmen almost pulled off their second straight wire-to-wire win in beating Holy Cross, 71-56, in front of 2,436 people at Hofstra Arena who were smart enough to stay the hell away from the malls.

“Certainly pleased that we found a way to win today,” Cassara said. “These are always challenging games for coaches and for players to get through. A long week of exams, campus is empty, dining halls empty and everybody’s kind of ready to go home for some family time. It was a tough game but I thought we came out [and] we did some good things and found a way to win.”

Despite the lopsided final score, the victory—the Dutchmen’s first in their pre-Christmas finale of the Jenkins Era—wasn’t a thing of beauty. The Dutchmen won even though Jenkins had a quiet game by his standards—13 points on 4-of-7 shooting, his fewest points since Jan. 23 at Drexel and his fewest shots in a game in which he was not injured since he took just four shots against Charlotte Dec. 15, 2007. That was so long ago that Antoine Agudio, who took in the game Wednesday behind the Hofstra bench and received a nice ovation when he was introduced, was still playing for the Dutchmen.

It was only the 12th time Jenkins has taken less than 10 shots in 106 games at Hofstra and only the fourth time in the last three seasons. Ironically, in that it’s not ironic at all, Jenkins began his career by taking just seven shots against Holy Cross in Worcester Nov. 10, 2007.

Jenkins being Jenkins, he still managed to fill up the box score even on an uneventful night: He had six rebounds and two blocks as well as five assists and a steal in a team-high 36 minutes.

Still, both Jenkins and Cassara seemed something less than thrilled with the performance. “Just OK,” a grinning Cassara said of Jenkins’ line as Jenkins sat stoically next to him.

“We have to do a better job in some stretches of making sure we get Charles some looks, because, as you know, if we get him enough looks, he’s going to score enough points,” Cassara said. “And we didn’t do a great job of that tonight. Tonight’s the first night where I thought we didn’t get him some of the shots that he needed to get.”

Fortunately for the Dutchmen, they didn’t need vintage Jenkins to handle Holy Cross. The Dutchmen used a 16-0 run in the first half to turn their only deficit of the game into a 24-10 lead and a 21-7 second half run to expand a five-point lead—the Dutchmen’s smallest since the beginning of their first half run—to a game-high 19.

Both surges were keyed by players other than Jenkins. Shemiye McLendon began the first half run by hitting three straight 3-pointers—his only baskets of the game—in a span of 2:09. The second half run began when David Imes drained two free throws after he drew a foul putting back a Mike Moore miss and then took a pass under the baseline and muscled his way in for a layup.

Imes finished with 10 points on 4-of-4 shooting and added five rebounds despite playing just 22 minutes due to early foul trouble. He had just seven points on 3-of-14 shooting with 11 rebounds in his last three games.

“It was big for Dave’s confidence,” Cassara said. “He got to the free throw line, made a couple of free throws. We need to continue to develop him, but I thought he was battling in there [and] made a couple tough shots for us.”

Moore, who had a game-high 15 points in becoming the first player other than Jenkins to lead the Dutchmen in scoring since Our Man Corny did it against UNC Wilmington Feb. 13, finished what Imes started by draining three of his four second half 3-pointers over a five-minute span, the last of which gave the Dutchmen a 64-45 lead.

Moore has scored in double figures in eight of 11 games this year and four of his last five after back-to-back single digit performances against Wagner and Rider. He’s also 14-of-29 from 3-point land in his last four games after going just 8-of-28 beyond the arc in his first seven games.

“Everyday Charles texts me, Coach texts me—they just tell me to remain confident,” Moore said, “I had a little shooting slump at the beginning of the season, but it’s coming along now.

“I think I fell into my role the last couple games. Before, I was trying to pick my spots. I’m just going to play basketball and just try to assist. A lot of defenses are shading towards Charles, so I’m going to take advantage.”

McLendon and Moore weren’t the only ones to step up in place of Jenkins. Seven players scored at least six points, including Greg Washington, who had eight points—matching his season high against a Division I opponent—on 4-of-6 shooting despite fouling out after playing just 13 minutes. Dwan McMillan was just 2-of-6 from the field in scoring six points but had seven assists and only one turnover. Brad Kelleher had seven points, including his first 3-pointer at home, while Stephen Nwaukoni had a team-high seven rebounds in 20 minutes.

Defensively, the Dutchmen limited Holy Cross to 34.6 percent shooting and held an opponent to 63 points or less for the ninth time in 11 games. They allowed 63 points or less just 12 times in 34 games last year.

“Shemiye [in] the first half, we went through a little bit of a dead period there, he comes in, hits some big threes and really gave us a big lift,” Cassara said. “Mike hit a couple big threes for us in the second half. So we’re continuing to find guys that can make difficult shots for us. And I really thought David Imes and Greg Washington did a much job offensively tonight. They gave us a nice lift.”

The Dutchmen gave themselves a nice lift right into Christmas the last two games, during which they trailed for just 30 seconds in dispatching of Manhattan and Holy Cross. It’s tough to read too much into wins over a pair of teams that are a combined 3-18, but in their last three pre-Christmas games, the Dutchmen didn’t exactly fall to future NCAA foes in Rhode Island (21-12 in 2007-08), Iona (12-19 in 2008-09) and Davidson (16-15 in 2009-10). And Cassara and the Dutchmen have seen enough in the non-conference schedule to remain confident there is something here that will, at the very least, make the CAA season compelling.

“We’ve got some things that we’ve got to continue to work on,” Cassara said. “The thing I’m most pleased with is, again, we hold a team under 60 points. So our defense continues to keep us in games. If we continue to play that way, we’re going to have some success heading into the New Year.