In which we welcome back Woody, and wonder if he ever really wanted to leave 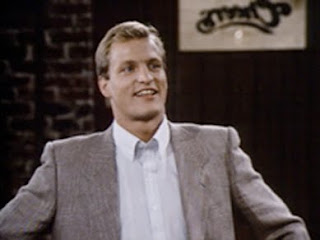 At and around Hofstra, everybody knew the Jets' names.
Even by the “standards” set by those who run professional sports teams, Woody Johnson is not an easy guy with whom to side. If he’s not clumsily putting his fingerprints all over the Jets—four years after he wanted to mimic Bill Belichick, he’s turned the Jets into the biggest bunch of publicity, err, magnets this side of the cast of Jersey Shore; does anyone REALLY think “Hard Knocks” will end with Darrelle Revis still unsigned?—then he’s proving how out of touch he is with the common man as the Jets prepare to move into Meadowlands Stadium next month.
Johnson finally reduced the prices of the Jets’ remaining personal seat licenses in June, a mere month after he said he absolutely would not do so. To be so completely tone deaf to the realities of life in 2010 is the kind of hubris displayed only by those who were born on third base but think they raced 270 feet to get there.
Anyway, contrary to those first two graphs, I come here today—the day the Jets return to their one-time home at Hofstra for the annual open practice—not to bury Johnson but to…umm, not hug him, but maybe give him a fist bump as I apologize for solely blaming him for the Jets’ exit following training camp in 2008.
Don’t get me wrong: Leaving Hofstra behind to build a $75 million training facility for the Jets—and then realizing it wasn’t suitable for training camp and brokering a deal to hold camp at SUNY-Cortland—is still a hilarious head-scratcher, the type of mistake only the insanely rich can make. But I am beginning to wonder if Johnson and the Jets didn’t have a choice but to leave Hofstra.
This is all just conjecture, of course, and will remain that way, since the odds of anybody exiting the ivory tower to discuss that “two-year study” long enough to disprove any coincidences were just that—and that the study really did take two years and involved anything more than personal vendettas—are slimmer than my odds of landing a public relations job at George Mason.
But remember this: When the Jets announced their plans to move the team’s facilities to New Jersey, they were still not sure where to hold camp every summer. It was entirely possible the Jets could be based in Jersey yet still prepare for the season at Hofstra.
And while I didn’t want to give Johnson the benefit of the doubt last year, isn’t it reasonable to wonder—now that our once-quiet fears about the future of Hofstra football have turned into reality—that the powers that be at Hofstra made it clear the Jets weren’t welcome because their presence every summer would soon be a reminder that football is no longer played here in the fall?
How much negative publicity would that bring to Hofstra on an annual basis? Might nudging the Jets off campus so that their land could be used to build the medical school be the first step in systematically removing all football from Hofstra? And wouldn’t ridding the campus of the Jets go a long way towards ensuring the school is known as a bastion of academic excellence instead of for football success?

(Note: While I often snort at Hofstra’s attempts to fashion itself the Ivy League of Long Island, I must note that U.S. News and World Report just ranked Hofstra 139th on its list of best American colleges while George Mason is no. 143. YEAH!! SUCK IT MASON!!!! I now return you to your regularly scheduled programming)

Whatever the real reason is for the Jets’ departure, it’s too bad, because both sides could have had it both ways. Hofstra could have continued bolstering its reputation as a university and built a medical school while also continuing to enjoy the free publicity generated by its partnership with the Jets. And the Jets could have maintained their ties to New York and their tradition at Hofstra, which was the closest thing the nomadic franchise had to a real home base.

As this New York Times article from September 2001—note the dateline, it was the last normal Sunday ever—makes clear, the Jets were a source of—wait for it!—pride for Hofstra and Long Island alike. From realtors to deli owners and everywhere in between, the Jets provided a nice boost to the local economy. And as this Times article from earlier this year indicates, I wasn’t the only student who felt I’d hit the big time upon realizing I was sharing a campus with a professional football team.