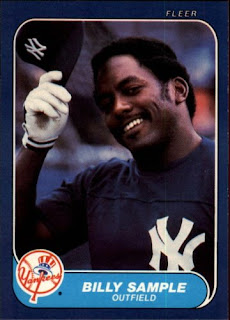 Come for the Hofstra hoops info, stay for the connection to random 1980s baseball players.

The Flying Dutchmen withstood an early upset bid by Drexel last Saturday and rode a 56-point second half to an 88-76 win at the Arena. With the victory, the Dutchmen moved into sole possession of third place in the CAA heading into the final weekend of the regular season. The Dutchmen will look to get the final lap off to a winning start tonight, when they visit James Madison. Here’s a look back at the win over the Dragons and a look ahead to the Dukes.

THE MOST RECENT GAME SUMMARIZED IN ONE PARAGRAPH
Justin Wright-Foreman (32 points, six assists, five rebounds) had a monstrous-even-by-his-standards game as the Dutchmen overcame a two-point halftime deficit by outscoring Drexel 56-42 in the second half. The Dragons never led again after Desure Buie opened the second half with a 3-pointer but twice got to within three points before Wright-Foreman answered the final Drexel threat by scoring 10 points in the final 5:01. Eli Pemberton (16 points, 10 rebounds) and Rokas Gustys (10 points, 17 rebounds) each racked up double-doubles as Gustys considerable ground in his pursuit of David Robinson’s all-time CAA rebounding record. Buie added 13 points and four steals — his second straight four-steal game.

FIFTY-POINT HALVES
The 56-point second half by the Dutchmen was tied for their biggest half of the season and their most productive 20 minutes against a Division I opponent. The Dutchmen also scored 56 points against Division II Molloy on Nov. 30. The 56 points are tied for the third-most the Dutchmen have scored in the Joe Mihalich era (2013-present) and the second-most against a Division I foe. The Dutchmen have scored at least 50 points in a half 20 times under Mihalich and are 16-3 in games in which they produce at least one 50-point half (they scored at least 50 points in both halves against Molloy on Nov 30).

AREN’T THESE FREE THROWS?
The Dutchmen scored 88 points despite hitting just 18 of their season-high 35 free throw attempts. The Dutchmen were shooting an almost unimaginable 36 percent (9-of-25) from the line before draining nine of their final 10 attempts. The 35 free throw attempts were the most in a game for the Dutchmen since they were 22-of-35 against Northeastern on Feb. 11, 2017. The 51.4 percent success rate was the second-lowest of the season for the Dutchmen, who were just 3-of-10 against Clemson on Nov. 17.

THE WRONG KIND OF HISTORY
Rokas Gustys had another huge rebounding game Saturday but struggled mightily at the line, where he tied a career-worst by missing all eight of his free throw attempts. The eight attempts without a make are the most in Division I this season. Gustys and Steve Taylor (Jan. 17, 2017 for Toledo) are the only players to go 0-for-8 from the line in a game since the start of the 2014-15 season. It was the fifth time in Gustys’ career he’s failed to hit a free throw (minimum four attempts).

THE RIGHT KIND OF HISTORY
Fortunately for the Dutchmen, Rokas Gustys made up for his struggles at the free throw line by pulling down 17 rebounds. The big effort pulled Gustys, whose 1,278  rebounds are the most by a Hofstra player in the Division I era and the second-most in school history behind only Bill Thieben (1,837), within 37 rebounds of surpassing Hall of Famer David Robinson (1,314 rebounds for Navy from 1983-87) as the leading rebounder in CAA history. At his current season average of 12.3 rebounds per game, Gustys would need to play three more games — the minimum number left on the Dutchmen’s schedule, via two regular season CAA games and at least one tournament game — to move past Robinson. However, Saturday marked the second straight game in which Gustys “gained” a game on Robinson. Gustys had 21 rebounds in last Thursday’s win over William & Mary. If he keeps up last week’s pace this week…hey!

DAILY DOUBLE-DOUBLE
Rokas Gustys recorded his 13th double-double of the season and the 47th of his career Saturday. Gustys now has one more double-double in his career as all Dutchmen players combined had in the five seasons prior to his arrival on campus in the fall of 2014. The only player with more than 10 double-doubles from 2009-10 through 2013-14 was Stephen Nwaukoni, who had 11 double-doubles in four seasons.

CLIMBING THE CHARTS
With his 10 points Saturday afternoon, Rokas Gustys broke a tie with Nathaniel Lester and moved into sole possession of 26th place on Hofstra’s all-time scoring list. He is 11 points away from moving past Ted Jackson into 25th place.

ELITE COMPANY
The 32-point game for Justin Wright-Foreman Saturday marked the 11th time he has scored at least 30 points in a game for the Dutchmen. He is just the fourth  Hofstra player since 1989-90 to register at least 30 points in 11 games. Only Demetrius Dudley, who collected 12 30-point games in 55 games over two seasons, played fewer games than Wright-Foreman, who has appeared in 87 games over three seasons. But all of Wright-Foreman’s 30-point efforts have come in the last 47 games, dating back to Jan. 2, 2017. Here is the list of all players with multiple 30-point games since 1989-90 (career games in parenthesis).

DOUBLE DIGIT JWF
Junior guard Justin Wright-Foreman scored at least 10 points Saturday for the 50th straight game, the second-longest streak by a Hofstra player since 1989-90 (as far back as my records go, at least at home). The only player with a longer streak in the last 29 seasons is Charles Jenkins, who ended his career by scoring in double figures in his final 58 games for the Dutchmen. In addition, Wright-Foreman’s streak is the fourth-longest active streak in Division I, per Hofstra SID Stephen Gorchov.

THE CLIMB RESUMES
Justin Wright-Foreman, who remained in 18th place on Hofstra's all-time scoring list following each of the Dutchmen’s previous three games — a stretch in which he scored “only” 34 points — continued his climb Saturday. Wright-Foreman has gained at least one spot in 11 of the 13 games he’s played since joining the 1,000-point club on Jan. 7. Here is his ranking following each game:

NUMBER THREE AND NUMBER ELEVEN ARE IN THE TOP TEN
Justin Wright-Foreman and Rokas Gustys each continued to climb Hofstra’s single-season all-time top 10 list in scoring and rebounding, respectively, on Thursday night.

With his 32 points, Wright-Foreman increased his season total to 688 points and climbed past Steve Nisenson into ninth place on the single-season list. Wright-Foreman has a chance to gain multiple spots tonight, when he needs nine points to move past Bill Thieben into eighth place, 15 points to surpass Charles Jenkins for seventh place and 19 points to climb over Speedy Claxton into sixth place.

Gustys, meanwhile, pulled down 17 rebounds to increase his season total to 345 as he climbed over himself and Jim Boatwright into eighth place on the single-season list. He enters tonight just seven rebounds away from moving past Ed Moore into seventh place. Gustys now occupies the fourth, eighth and 10th spots on the list.

PEMBERTON’S PACE
Sophomore guard Eli Pemberton continued to keep some pretty good company Saturday, when he scored 16 points against Drexel. Pemberton has 435 points in 24 games this season and 832 points through 56 games in two seasons, a pace that compares favorably with the first 56 games played by the four most recent members of Hofstra’s 2,000-point club: Charles Jenkins, Antoine Agudio, Loren Stokes and Speedy Claxton. Here are their point totals through their 56th game with the Flying Dutchmen:

THE CAA RACE
By virtue of their win over Drexel and William & Mary’s last-second loss to Northeastern, the Dutchmen took over sole possession of third place in the CAA last Saturday and ensured they would finish no lower than fifth in the league.

OVER THE AIR
Hofstra will provide a video and radio feed of tonight’s game, as well as live stats, at the Pride Productions hub.

SCOUTING JAMES MADISON
The Dukes, under second-year head coach Louis Rowe, are 9-19 this season and 5-10 in CAA play. James Madison edged Towson, 69-66, last Saturday for its third win in four games, a stretch interrupted by a one-week span in which the Dukes had two games postponed due to a mumps outbreak within the team.

KenPom.com predicts a 76-75 win by Hofstra. Per the wise guys in Vegas, for entertainment purposes only, the Dutchmen are 2.5-point favorites. Hofstra is 12-12 against the spread this season.

ALL-TIME VS. JAMES MADISON
Hofstra is 17-12 against James Madison in a series that began when the Dutchmen joined the CAA prior to the 2001-02 season. The Dutchmen earned an 87-81 overtime win in the first game of the season between the teams on Jan. 5, when Justin Wright-Foreman hit a 3-pointer with fewer than two seconds left to force overtime before he scored eight points in the extra session. Hofstra is looking to sweep the season series from James Madison for the first time since back in the 2008-09 season, though the two schools only played each other once per season over the subsequent four seasons.

WORKIN’ OVERTIME AGAINST THE DUKES
The overtime game Jan. 5 was the sixth between the Dutchmen and James Madison, the most the Dutchmen have played against any CAA foe. The Dutchmen are 4-2 in those games.

THINGS YOU CAN SHOUT ON TWITTER IF CALLS GO DO NOT GO HOFSTRA’S WAY
Mike Deane is used to weird outbreaks bias! (Deane, the James Madison assistant coach, was Siena’s head coach when the 1988 NAC Tournament was played in front of no one due to a measles outbreak)
Billy Sample bias! (The former big league outfielder played at James Madison)
Your softball team has been better than ours lately bias! (The Dukes have won three of the last four CAA titles)


You still get publicity from Division I-AA football bias! (Yeah, an oldie but goodie)
Posted by Jerry Beach at 6:27 PM