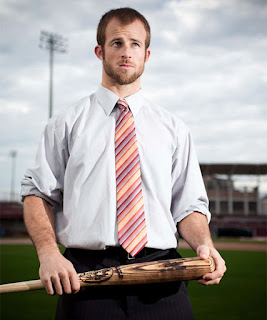 The Barbasol Kids enjoyed a rare blowout win Thursday night, when the Flying Dutchmen led for the final 38-plus minutes of a 90-63 victory over Delaware that catapulted them into a tie for first place in the CAA. The Dutchmen will look to extend their winning streak to four games today, when they visit preseason favorite Charleston in what can most definitely be categorized a A Big Game. Here’s a look back at the win over the Blue Hens and a look ahead to the Cougars.

THE MOST RECENT GAME SUMMARIZED IN ONE PARAGRAPH
Desure Buie set career highs by scoring 20 points, collecting eight assists and playing 35 minutes as the Dutchmen rode a dominant second half to an easy win over Delaware. The Dutchmen outscored the Blue Hens 51-32 over the final 20 minutes, during which they led by as many as 33 points. Eli Pemberton led all scorers with 21 points while Justin Wright-Foreman added a season-low (!!) 15 points while chipping in five assists. Jalen Ray scored 10 points and Rokas Gustys (eight points, 14 rebounds) flirted with another double-double.

NO CLOSE SHAVE
The Dutchmen won by 27 points Thursday — a lopsided margin by any measure, but especially so considering their first six CAA games were decided by a total of 31 points. The big win improved the Dutchmen’s CAA point differential from minus-1 to plus-26. The victory was the Dutchmen’s largest in a CAA game since a 91-63 win over William & Mary on Jan. 14, 2016 and the most lopsided result in a Hofstra-Delaware game in the CAA era. The previous most lopsided CAA game between the longtime rivals took place Jan. 6, 2007, when the Dutchmen earned a 75-50 win at the Arena.

RAREFIED AIR
The Dutchmen enter today with a share of first place in the CAA for the first time since Jan. 2, 2017, when they were in a six-way tie for first at 1-0.

FAST START
With the win on Saturday, the Dutchmen improved to 5-2 in CAA play. It is the sixth time in the CAA era (2001-present) they have opened 5-2 or better through seven league games. They earned a three seed or higher in the CAA tournament in four of the previous five seasons, with the 2014-15 season (fifth seed) the exception.

DOUBLE DIGIT JWF
Junior guard Justin Wright-Foreman scored at least 10 points Saturday for the 41st straight game. It is the fifth-longest active streak in Division I, per Hofstra SID Stephen Gorchov, and moved him into a tie with Loren Stokes for the fourth-longest streak streak by a Hofstra player since 1989-90 (as far back as my records go, at least at home). Thankfully, the record-tying effort did not come with a punch to the nuts.

MOVIN’ ON UP
Justin Wright-Foreman and Rokas Gustys, the two newest members of the 1,000-point club at Hofstra, each moved up a spot Thursday and are likely to do so again today. With his 15 points, Wright-Foreman (1,100 points) surpassed ex-teammate Ameen Tanksley for 29th place. Wright-Foreman is just eight points away from moving past Richie Swartz. Gustys, meanwhile, scored eight points to increase his career total to 1,048 points and surge past Percy Johnson into 33rd place. He is 13 points shy of moving past Darius Burton for 32nd place.

FAST START IN THE ECC
The Dutchmen completed a sweep of the first leg of ECC play Thursday and hold a commanding lead in the season within a season, the one Litos won’t acknowledge.

OVER THE AIR
Today’s game will be streamed live by College Sports Live. Hofstra will provide a radio feed as well as live stats at the Pride Productions hub.

SCOUTING COLLEGE OF CHARLESTON
The Cougars, under fourth-year head coach Earl Grant, are 13-6 this season and 4-3 in CAA play. Charleston edged UNC Wilmington, 80-76, on Thursday and has alternated wins with losses in each of its last four games.

KenPom.com predicts a 75-71 win by Charleston. Per the wise guys in Vegas, for entertainment purposes only, the Dutchmen are 5.5-point underdogs as of early this morning. Hofstra is 7-8 against the spread this season.

ALL-TIME VS. COLLEGE OF CHARLESTON
Hofstra is 4-4 against Charleston in a series that began with the Cougars joining the CAA prior to the 2013-14 season. Charleston completed its first sweep of the Dutchmen last season, when the Cougars earned a 77-71 win in South Carolina on Jan. 7 and a 76-72 victory in Hempstead on Feb. 16.

THINGS YOU CAN SHOUT ON TWITTER IF CALLS GO DO NOT GO HOFSTRA’S WAY
We’re here so often this season we may as well forward our mail here bias! (The CAA Tournament is scheduled to be played in Charleston at the “neutral site” TD Arena, the same place the Dutchmen played in the Charleston Classic in November)
John Kreese bias! (The legendary coach led Charleston to an NAIA championship in 1983 and four NCAA Tournament berths upon the program’s move to Division I)
Brett Gardner bias! (The Yankees’ leadoff hitter played at Charleston)


Alison Munn bias! (The actress, who has been on many CW shows, graduated from Charleston)
Posted by Jerry Beach at 2:28 AM