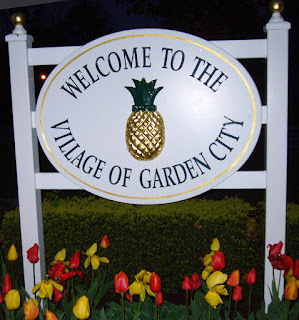 Is tonight's game on Long Island or in Hawaii?

The Flying Dutchmen capped a perfect three-game road trip last Tuesday night, when Justin Wright-Foreman reminded everyone who the best player is on Long Island’s best team by scoring a game-high 33 points in an 84-81 win over SUNY-Stony Brook. The Dutchmen return to action tonight with a “home” game against Manhattan at Adelphi (really). Here’s a look back at the win over pesky little brother SUNY-Stony Brook and a look ahead to the Jaspers.

THE MOST RECENT GAME SUMMARIZED IN ONE PARAGRAPH
SUNY-Stony Brook crawled back from a seven-point deficit to tie the game with 1:57 remaining, but Wright-Foreman scored the Dutchmen’s final seven points as the Dutchmen escaped the hinterlands with yet another victory over the Patriots. It was the third straight win for the Dutchmen, who have earned all three victories by six points or fewer. The Dutchmen had to survive a last-gasp 3-pointer by the Patriots after Wright-Foreman atypically missed two free throws with a chance to ice the game with four seconds left. Desure Buie collected a career-high 19 points and tied career highs with five rebounds and four steals. Hunter Sabety had nine points and seven rebounds in just 14 minutes, though Rokas Gustys (five points, seven rebounds in 25 minutes) continued to struggle.

30/30 CLUB
Justin Wright-Foreman continued to join some select company by scoring at least 30 points for the second straight game. He racked up 30 points against Rider on Dec. 9. It is the second set of back-to-back 30-point games for Wright-Foreman, who also achieved the feat on Jan. 21-26. Wright-Foreman is the first Hofstra player to register two back-to-back sets of 30-point games since Charles Jenkins, who did it once apiece during the 2009-10 and 2010-11 seasons.

THRICE AS NICE ROAD TRIPS
The Dutchmen went 3-0 on a road trip that took them to Monmouth, Rider and SUNY-Stony Brook. It is the program’s first true 3-0 road trip since Nov. 27-Dec. 6, 2004, when the Dutchmen beat Binghamton, James Madison and Longwood.

However, the Dutchmen did win three straight games away from home four times in between true 3-0 road trips.

MARATHON MAN
Junior guard Justin Wright-Foreman enters today tied for 15th in the nation in minutes per game (36.8). Two of the players ahead of him are conference foes. Drexel’s Kurt Lee ranks third at 38.3 minutes per game while teammate Sammy Mojica is right behind him and tied for fourth at 37.8 minutes per game. Wright-Foreman has played 368 total minutes this season, more than three times as many as he played in his entire freshman season (110).

OVER THE AIR
Hofstra will carry live audio and video and offer live stats here.

TEMPORARY HOME
The Flying Dutchmen will be the official home team tonight, when they “host” Manhattan at Adelphi. The game was moved because winter graduation is taking place at the Arena. Thus, as of around 9 PM tonight, Adelphi will join the ranks of Calkins Gym and the Physical Fitness Center as official former home arenas of the Flying Dutchmen. History!

MANHATTAN AND THE MAAC
Manhattan is 4-6 this season following an 80-66 loss to Tulsa last Saturday. The Jaspers have split their last four games following a four-game losing streak. Manhattan was picked second in the MAAC’s preseason poll.

At KenPom.com today, Hofstra is ranked 144th while Manhattan is ranked 216th. Per the wise guys, for entertainment purposes only, the Dutchmen are 7-point favorites. Hofstra is 3-3 against the spread this season.

Former Hofstra recruit Rich Williams, who committed to the program under Mo Cassara before Cassara’s dismissal in the spring of 2013, leads the Jaspers with 15.3 points per game. Four other players are averaging at least eight points per game.

Hofstra and Manhattan have four mutual foes thanks to the Dutchmen’s MAAC-heavy non-conference schedule. The Dutchmen have already beat Monmouth (85-84) and Rider (88-82) and fallen to Siena (86-75) and will face Towson twice in CAA play. Manhattan, which lost to Towson 56-55 in Ireland (the Jaspers are playing at some unusual places this season) on Dec. 2, will play Monmouth, Rider and Siena twice apiece during MAAC play.

Hofstra has not faced four opponents from one league since the 1993-94 season, when the Dutchmen played four North Atlantic Conference foes in the program’s final pre-NAC season.

Hofstra is 22-41 all-time against Manhattan and has faced the Jaspers more than any other non-conference foe. Manhattan ran its winning streak in the series to four games in the most recent meeting between the schools on Nov. 18, 2016, when the Jaspers earned an 80-68 win in the Bronx (that’s still weird to type).
Joe Mihalich, who coached in the MAAC for Niagara for 15 years, is 19-15 all-time against Manhattan.

Hofstra is 95-117 all-time against current MAAC schools. This marks the 11th time in the last 12 seasons the Dutchmen have played at least two MAAC schools (the 2014-15 schedule had no MAAC teams).

THINGS YOU CAN SHOUT ON TWITTER IF CALLS GO DO NOT GO HOFSTRA’S WAY
Christian Heimall bias! (The Hofstra alum was Manhattan’s PBP voice for several years)


Jaden Daly bias! (The friend of DD was Manhattan’s PBP voice during its most recent MAAC-winning season)
Fran Fraschilla bias! (The commentator began his head coaching career at Manhattan and earned his first win as a head coach by beating Hofstra in 1992)
James Patterson bias! (The author graduated from Manhattan)


Why are we in Garden City anyway bias! (duh)
Posted by Jerry Beach at 4:44 PM