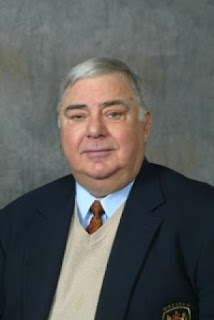 From the moment he began recruiting a player to Hofstra, Joe Gardi was about motivation. After Gardi lured someone to campus with the idea of beating the schools that didn’t offer him a scholarship, he’d unleash him on those programs that deemed him not good enough—but not before the player’s fire was further stoked by Gardi’s well-timed tweaks.

“For me, he kept screwing up my name—I think I was a sophomore and he was calling me the wrong name all the time,” former Hofstra defensive tackle Jim Shannon said Wednesday night. “I think part of my drive was to make him remember [his name].”

Even with the football program gone at Hofstra, there’s no forgetting the legacy built over 16 seasons by Gardi, who died Wednesday at the age of 71 of complications from a stroke he suffered last week. Gardi is survived by his wife, Audrey, children Joanne and David, daughter-in-law Michele and four grandchildren.

“From ’91, ’92, he really started bringing in guys [and said] ‘Listen, you didn’t get a scholarship, so why not come here, we’re going to beat those scholarship teams eventually.’ It took a year to do that. And then we started kicking the [stuff] out of them, started killing those teams.”

Gardi, who arrived at Hofstra in 1990 and led the Flying Dutchmen to the national semifinals in their final year at Division III, oversaw the program’s move to Division I-AA and directed Hofstra to the playoffs five times in a seven-season span from 1995 through 2001. He went 119-62-2 and ranks second in school history in both wins and winning percentage. Gardi-coached teams broke or tied more than 90 school school records as well as four NCAA records and seven ECAC records.

Dozens of Gardi’s former players and coaches went on to play or coach professionally. The last two Super Bowl champions have featured former Flying Dutchmen (Willie Colon and Marques Colston) and Raheem Morris, who starred for and coached under Gardi, is entering his second season as the head coach of the Tampa Bay Buccaneers.

But Gardi’s crowning achievement was the 1994 season, during which he took a program that had no scholarship players and no conference affiliation and was playing a full I-AA schedule for only the second year and almost steered it into the playoffs.

The Dutchmen finished 8-1-1 and were ranked 22nd in the season’s final poll. A 7-0 start was highlighted by a resounding 28-6 Homecoming win over nationally ranked New Hampshire, which went on to win the Yankee Conference.

The only blemishes on the Dutchmen’s record were a 24-21 loss to Towson State in October in which the Dutchmen scored twice in the fourth quarter and had the go-ahead touchdown in the final minute called back due to a questionable holding call on Chrebet and the epic 41-41 tie with Delaware in the season finale in which David Ettinger missed a long field goal just before the end of regulation.

Fifteen years later, the Dutchmen’s exclusion from the Division I-AA playoffs still gnawed at Gardi. “We were disappointed, we felt after beating New Hampshire, who won the Yankee Conference and went to the playoffs, [that] we didn’t have an opportunity,” Gardi said at halftime of the Dutchmen’s upset win over James Madison last October. “I remember it like it was yesterday. We were fighting for our life that year to try to be accepted by whatever playoff committees [existed].”

Hofstra added scholarships in 1995, signifying the beginning of the program’s emergence from outsider to part of the I-AA establishment. But Gardi never stopped feeling like the underdog and never ran out of ways to motivate players into taking the field every Saturday with an us-against-the-world rage.

Last October, almost 15 years to the day of the seismic New Hampshire win that he called the biggest home win he ever enjoyed, Gardi smiled at recalling the David vs. Goliath storyline he delivered to the Dutchmen during his pregame speech.

“And I remember this: I said ‘What an opportunity it is now to lay leather on an opponent that had no interest in you.’ I said ‘This is what this game’s all about.’

“And it must have been a great pregame speech, because they sure played like heck.”

Gardi was such an amazing person. I interviewed him numerous times throughout my years at Hofstra (96-00) and he was always extremely nice and answered every question, even after tough losses.

I ended up doing my final project for Journalism 13 on him. It's really sad to know that both the professor for that class, Bob Greene, and the person I did my final project on, Joe Gardi, have now passed away.